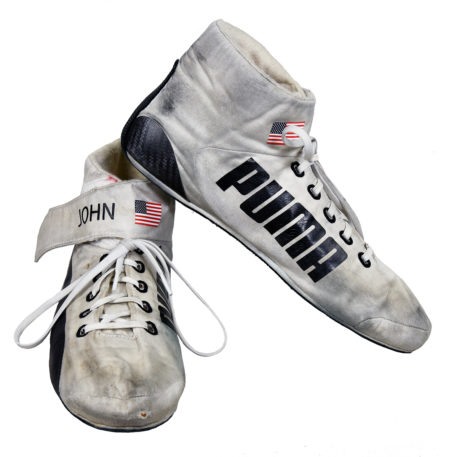 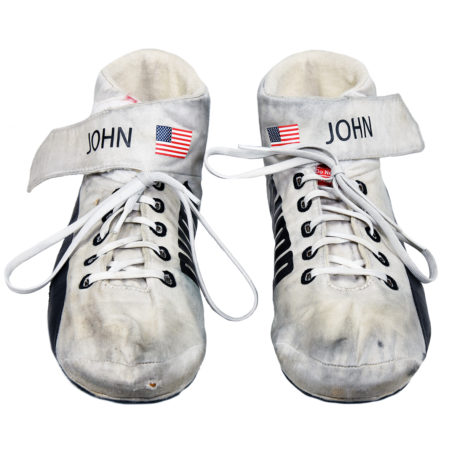 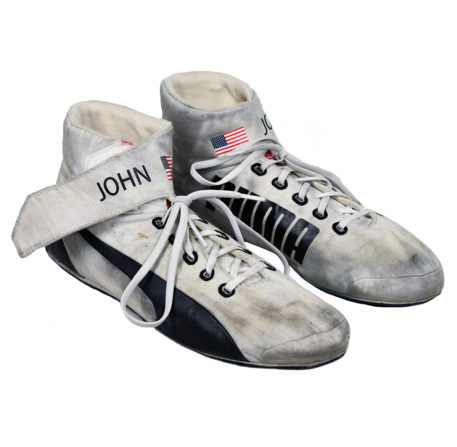 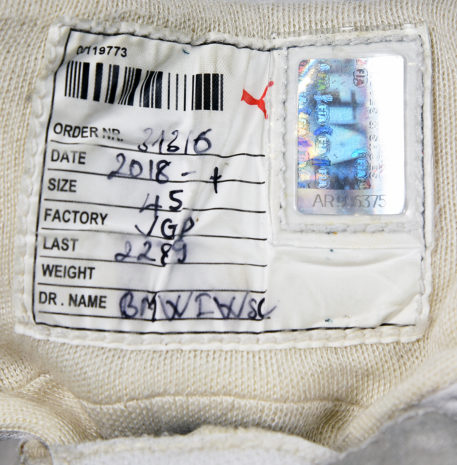 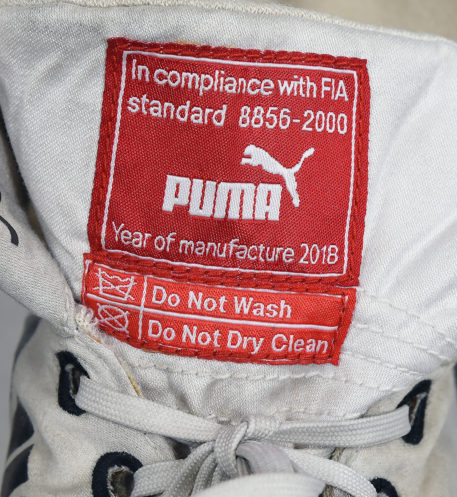 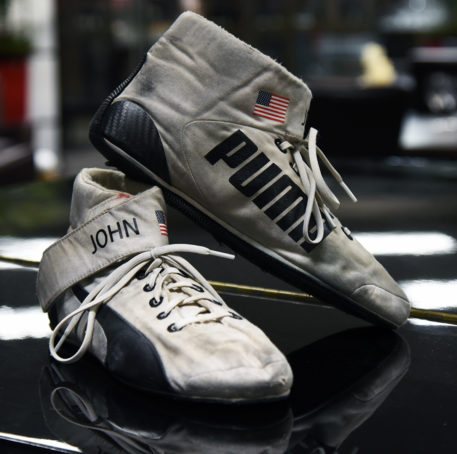 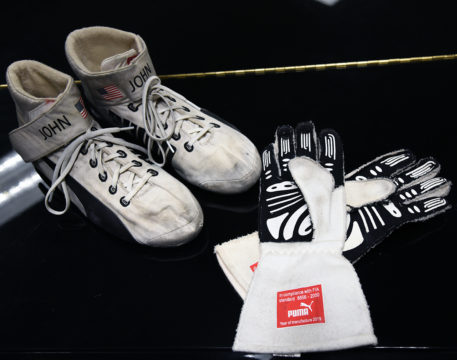 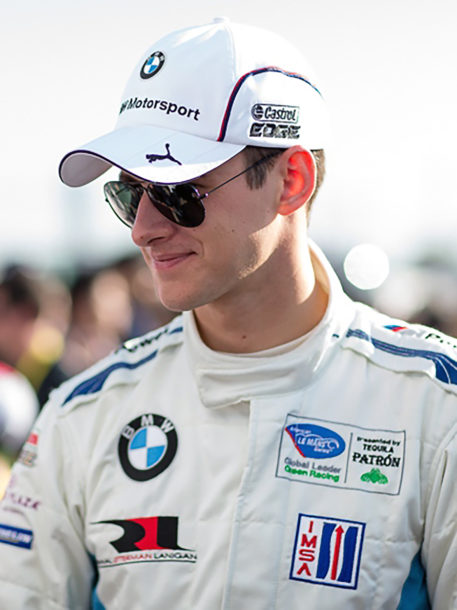 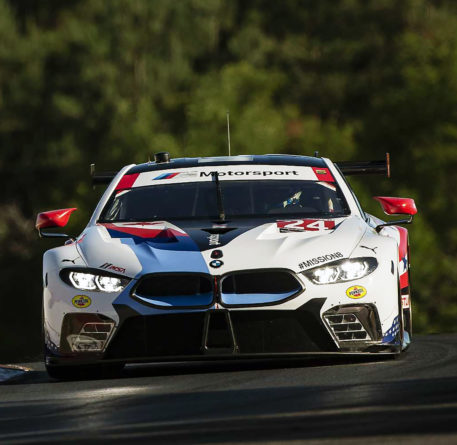 Pair of Puma race boots used by BMW Motorsports works driver American John Edwards. He became the youngest winning open-wheel racing driver in history by taking his first victory at the Daytona International Speedway at 12 years and 238 days of age. After spending seven years in the junior ranks of open-wheel racing, where he captured both Atlantic and Star Mazda Championships, Edwards transitioned to sports cars racing and has had many wins in the Continental Tire SportsCar Challenge, Rolex Sports Car Series, and American Le Mans Series. Edwards is now in his ninth season driving for the works BMW team since joining in 2013.

These well-worn boots would have been used in many of the United Sports Car Championship and endurance events Edwards competed in during both the 2018 & 2019 seasons.

The heavily worn all-white boots have the Puma branding stripe printed on the outsides of both boots and Puma lettering to the insides.  There are protective carbon sections added to the heels.  Edward’s first name and national flag are printed onto the boots’ Velcro fastening straps. They have The FIA standard and manufacturing/driver order labels added to the tongues of the boots

Please see our other listings for John Edward’s race-used gloves.