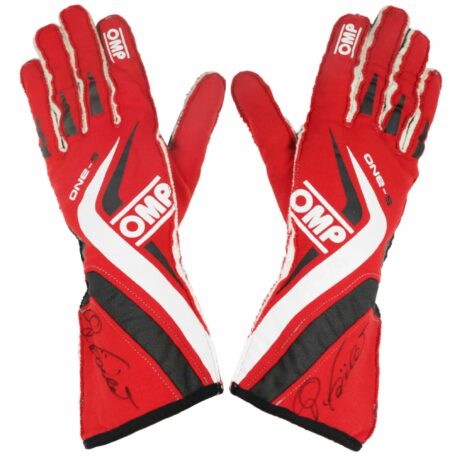 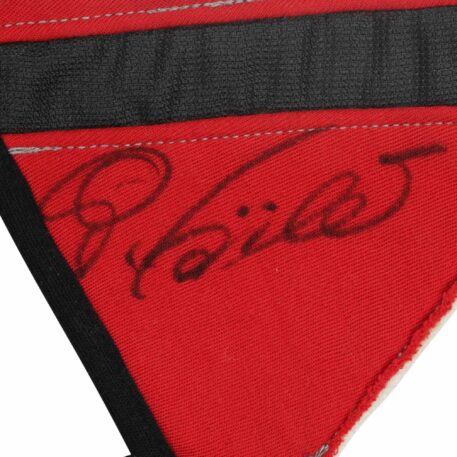 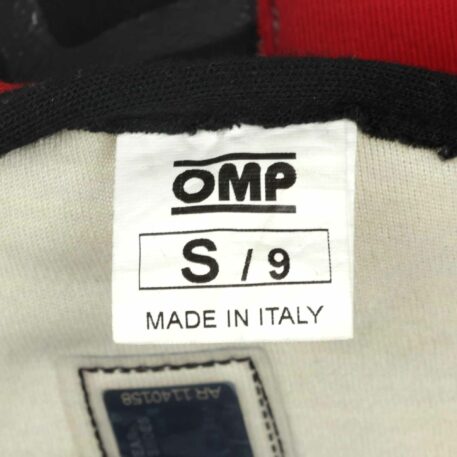 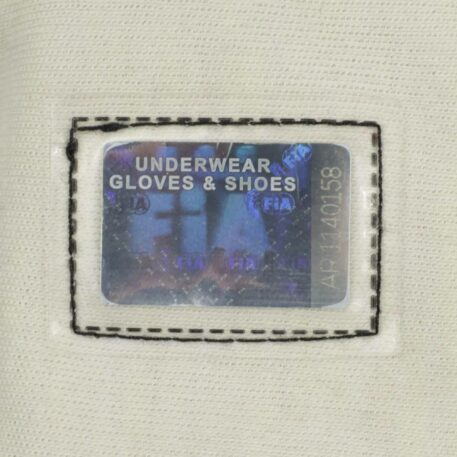 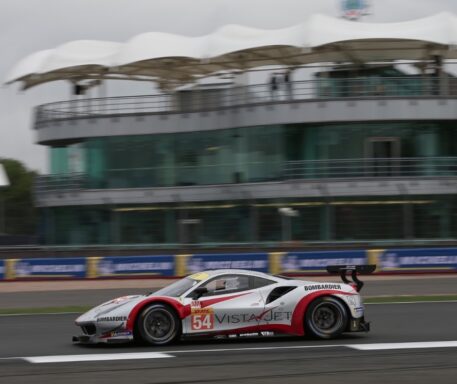 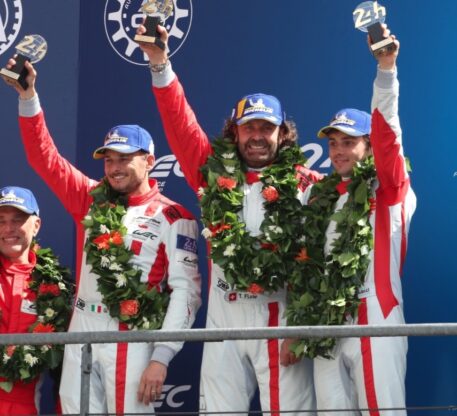 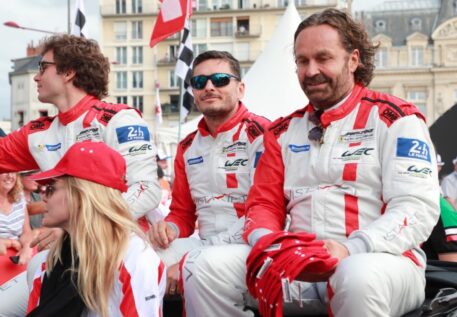 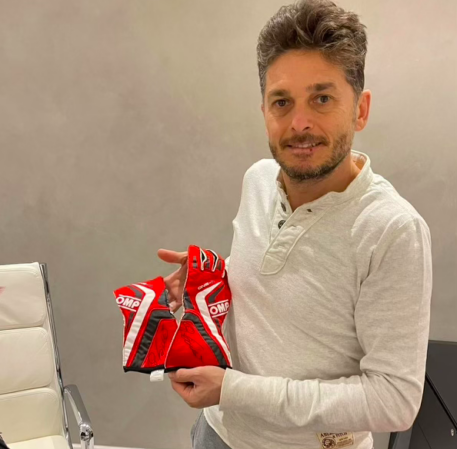 Red OMP gloves used by Giancarlo Fisichella during the 2018 Grand Touring and Endurance Car racing season. The gloves come directly from Fisichella’s personal collection and both gloves have been signed by him in black marker.

Giancarlo Fisichella had a 14-year Formula One career, winning three races and scoring four poles. The Italian won his first race at Interlagos in 2003 for Jordan, then captured a pair of victories (in 2005 and 2006) for Renault at Melbourne and Sepang, respectively.

Fisichella’s career included race wins in the American LeMans Series (at Road Atlanta in a Ferrari 430) and three more in Grand Am (at Road America, Virginia International Raceway and Road Atlanta), all while driving in Ferraris.