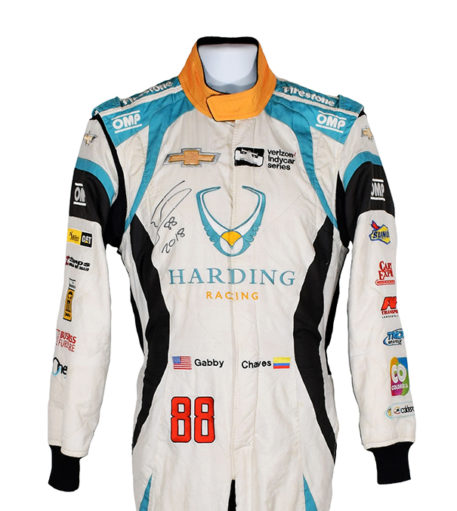 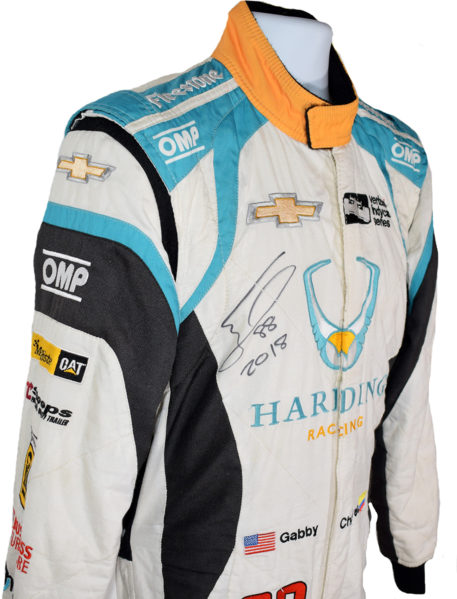 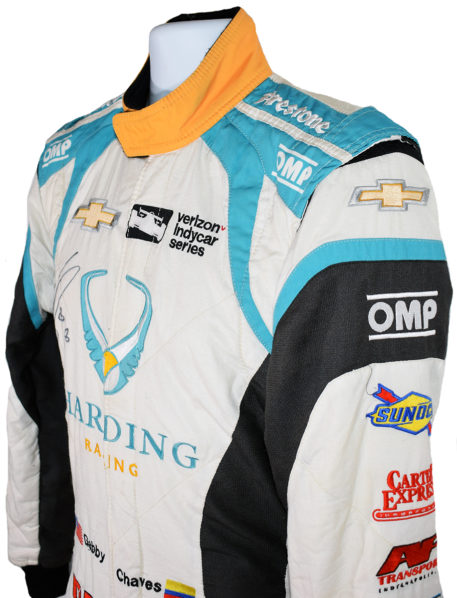 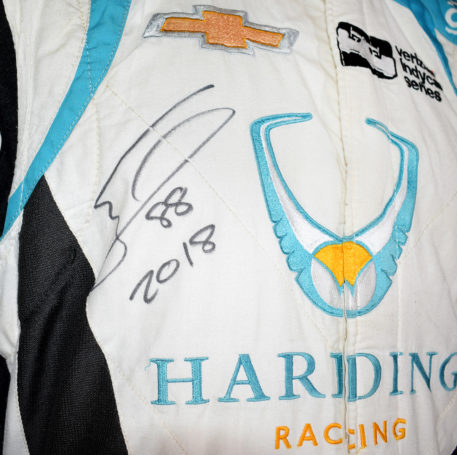 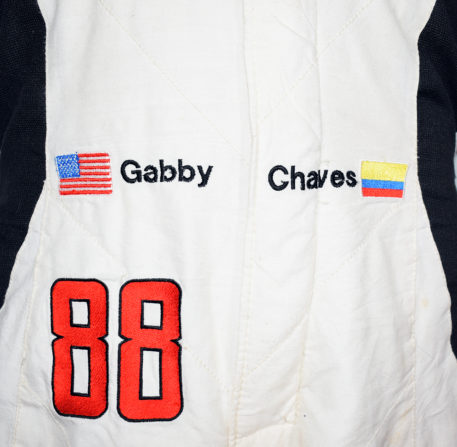 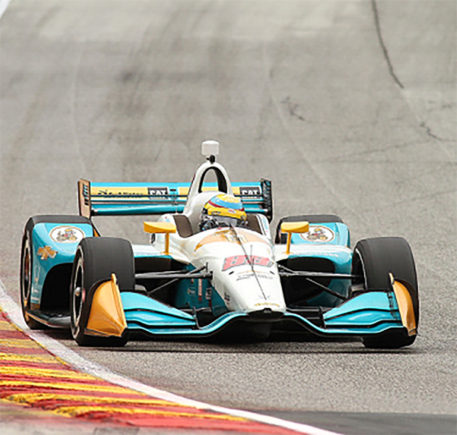 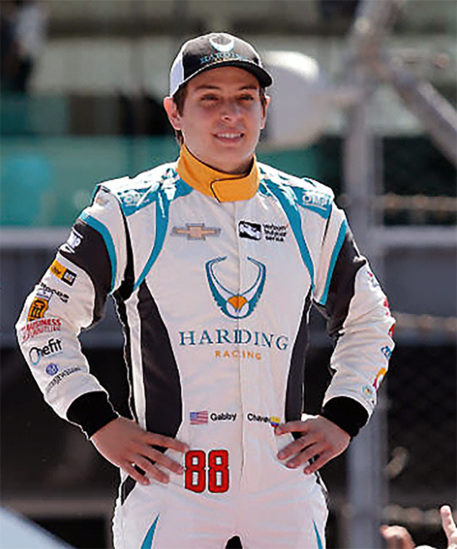 Race suit worn by the young Colombian-American driver Gabriel “Gabby” Chaves in his first full season with the Harding Racing team in 2018. He drove three oval races for the team the previous season (Indianapolis 500, Texas and Pocono) and was offered a full time drive for the 2018 IndyCar season.

The white OMP suit has the Harding logo’s on the front and back of the suit. It has turquoise blue and black flashes on the shoulders, arms and legs. The collar  is in orange and Chaves’s name and national flags, for both Colombia and the US, are embroidered on the waist with his race #88 embroidered on the left leg. There are many sponsor/supplier branding logos embroidered on both arms including Sunoco, CAT, Chevy and TKO Graphics.

The suit is personally signed and dated by Gabby Chaves and comes with a full Certificate Of Authenticity.