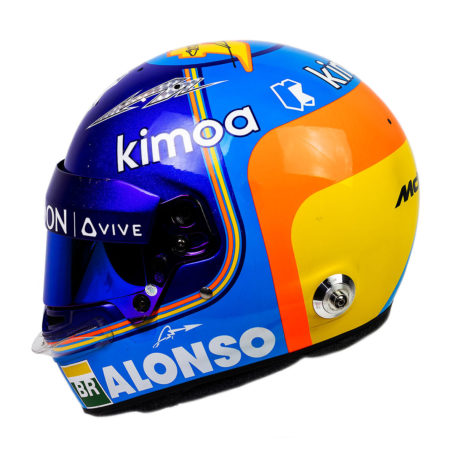 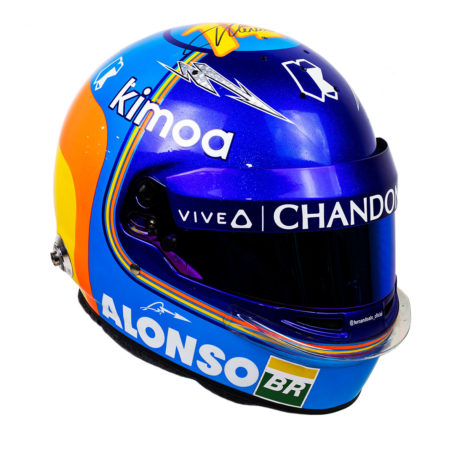 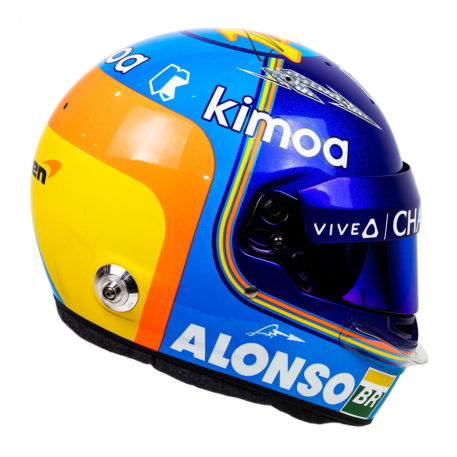 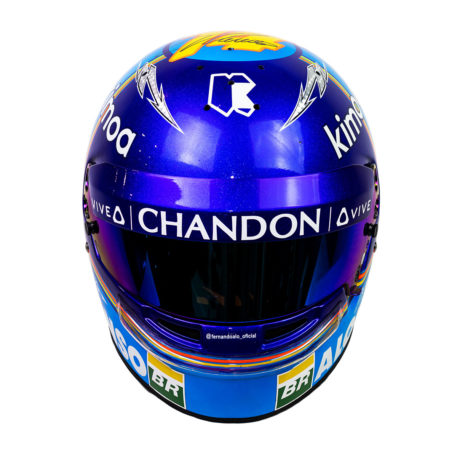 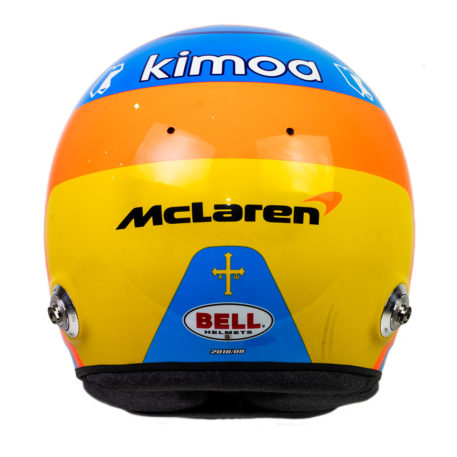 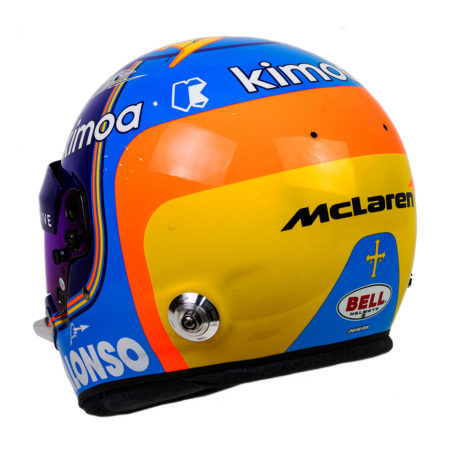 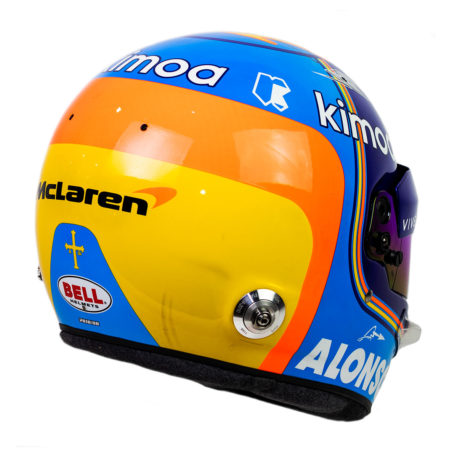 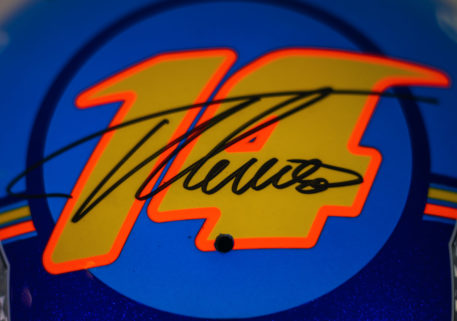 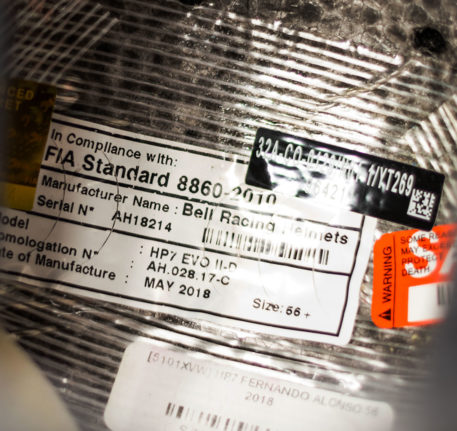 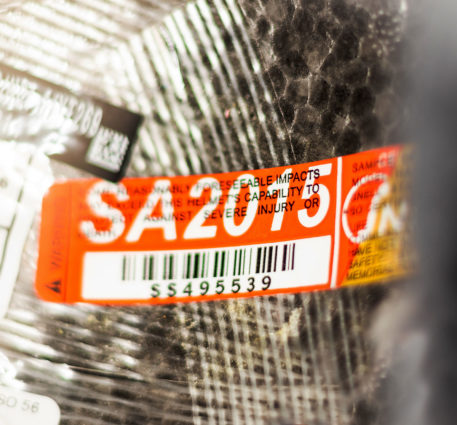 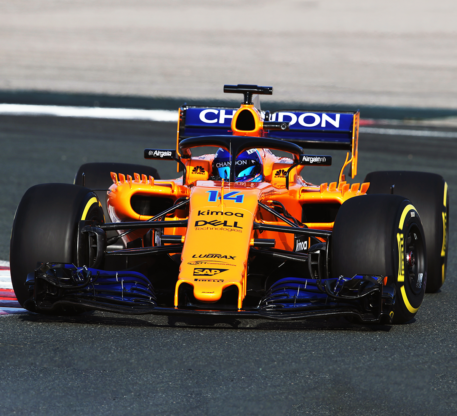 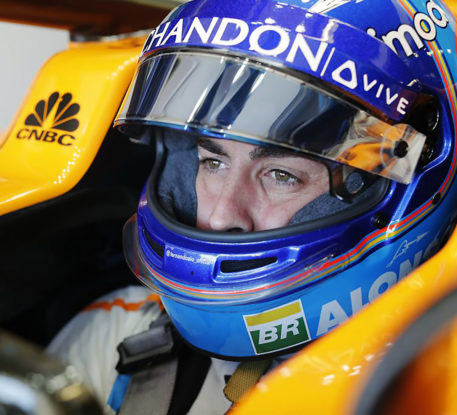 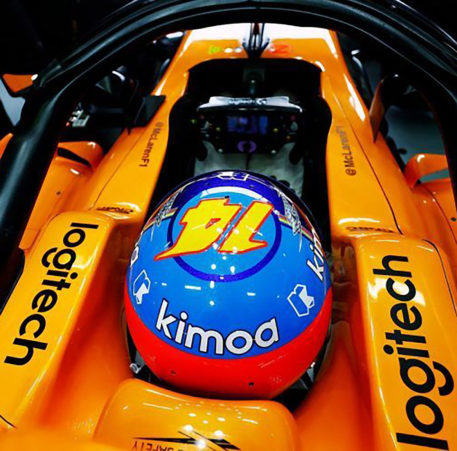 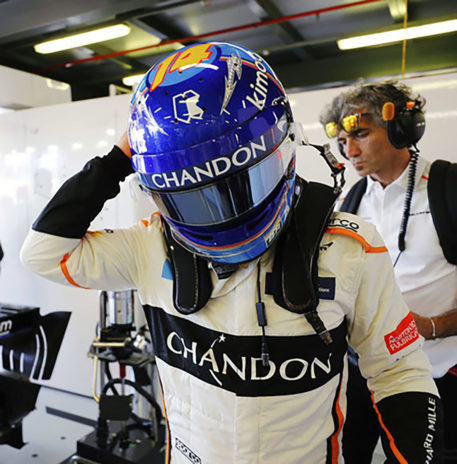 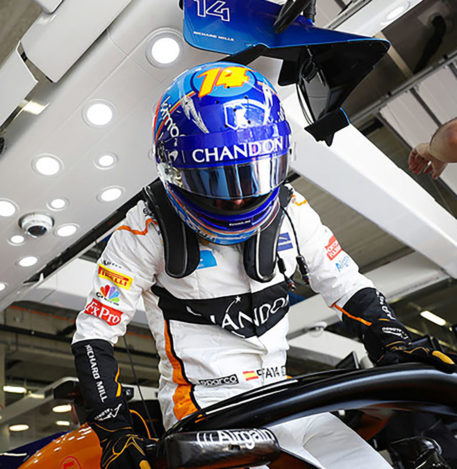 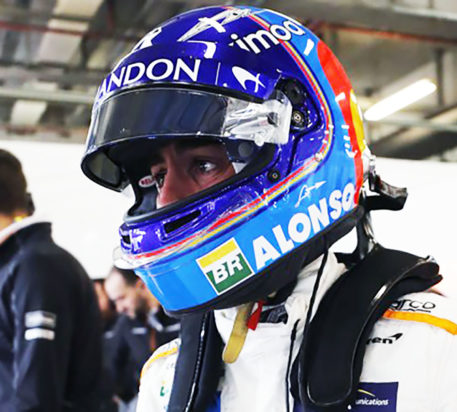 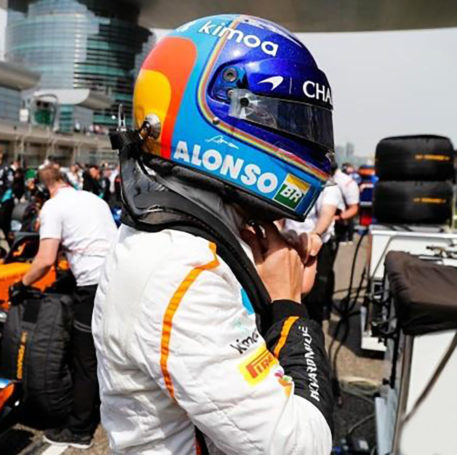 Stunning helmet worn by former two-time Formula One World Champion Fernando Alonso in his final season competing in the Formula One Championship in 2018. Alonso would inform his team, McLaren Racing, towards the end of the season that he wished to pursue other racing challenges in IndyCar, Sportscar and Off-Road racing. He has since gone on to win the Le Mans 24 Hour (twice), the Daytona 24 Hour and the FIA World Endurance Championship. He also led laps at the 2017 Indy 500 and was awarded Rookie of the Year. He has also become a McLaren racing ambassador, focusing on driver development, testing and tire development. He has also shown a key interest in coming back to Indianapolis to have another chance at being the second driver in racing history to win the triple crown.

This Bell HP7 EVO II-D helmet was used by Alonso during the 2018 season, probably from Monaco on, due to its May manufacture date and shows all the signs of race-wear (stone chips, marks, etc). It sports the iconic blue, red and yellow colors of the Asturias regional flag and the birthplace of the Spaniard. There is also the “Cruz de la Victoria” (Victory Cross) in yellow on the back of the helmet. Alonso’s name and arrow logos are on both bottom sides. The crown has his race #14 and two ‘lightning arrows’ on either side as well. Alonso’s major sponsor, Spanish clothing retailer Kimoa, has its logo prominently displayed on the top of the helmet. Chandon and Vive lettering is on the visor strip with a pair of BR Petrobras stickers on the cheeks. The Bell date sticker shows ‘2018-08’ signifying that this was the eighth helmet readied for Alonso for use during the season. This is a great opportunity to acquire a very rare piece of Formula One history, race-used by a World Champion and one of the greatest modern-era F1 drivers of all time.

Fernando Alonso has personally signed the helmet over the race number on the crown and it comes with a full Certificate of Authenticity. 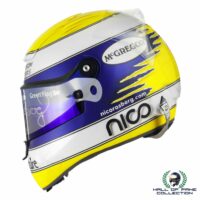