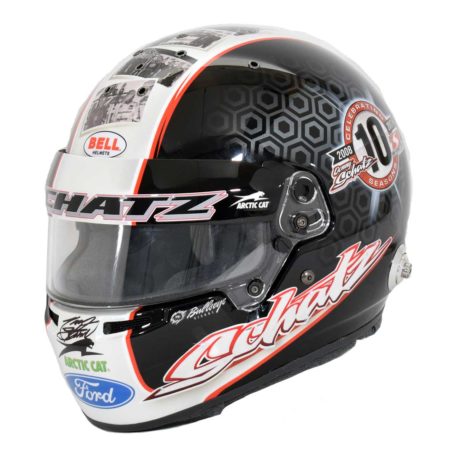 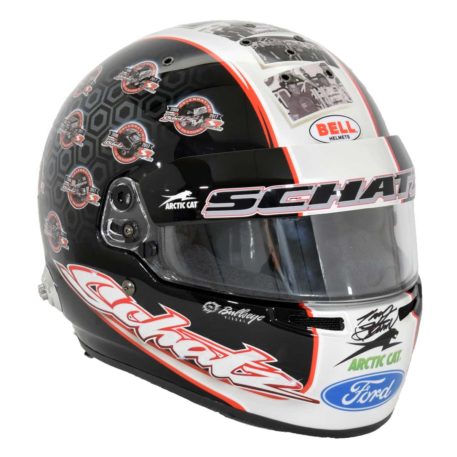 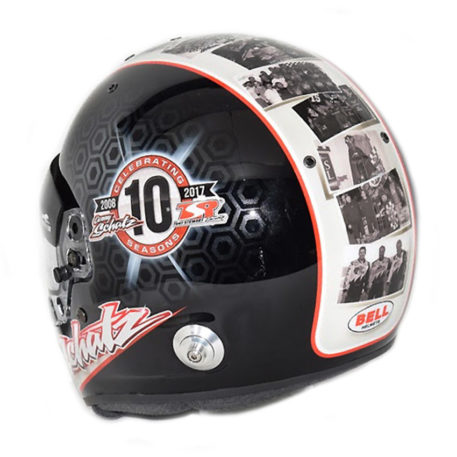 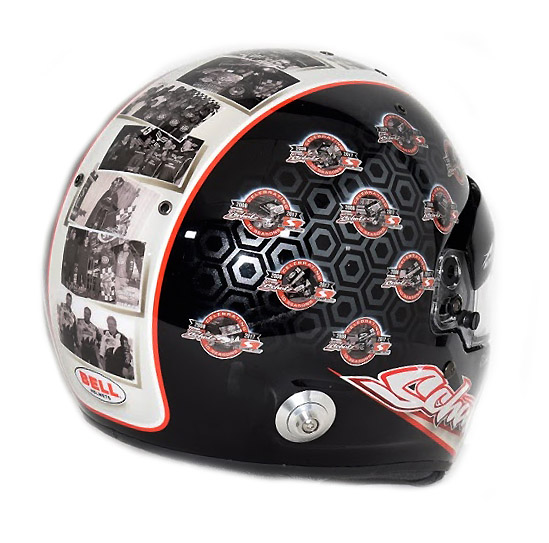 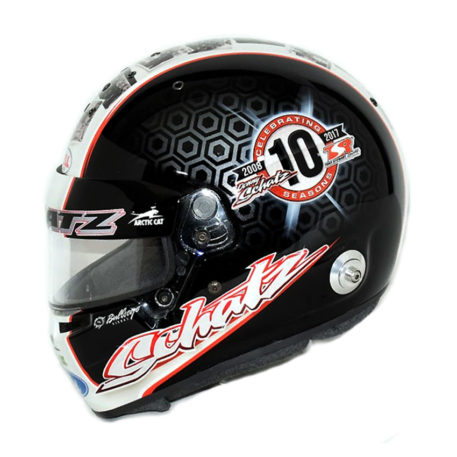 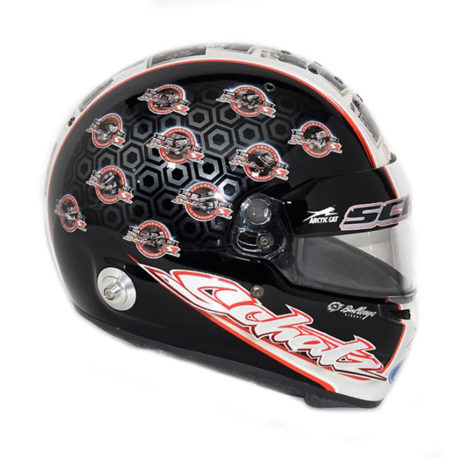 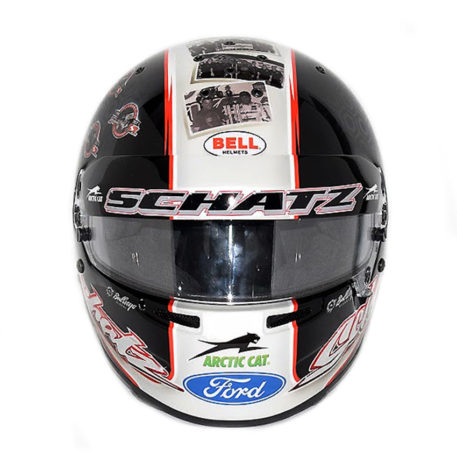 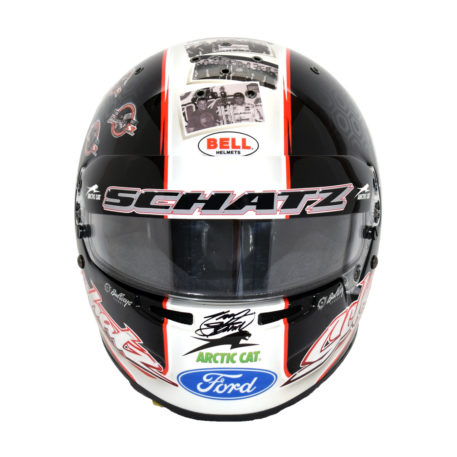 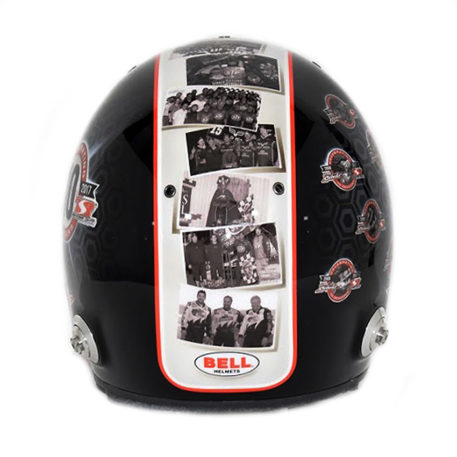 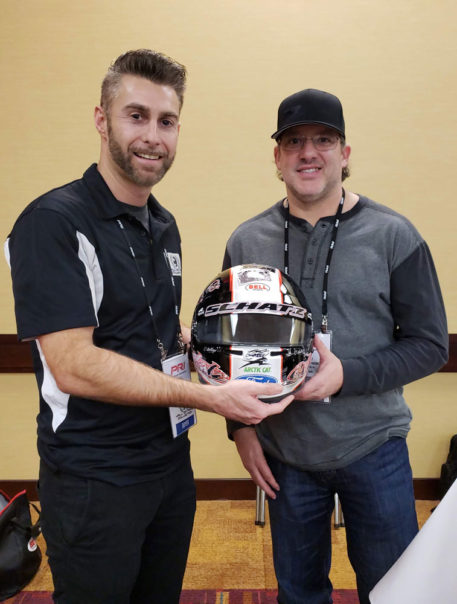 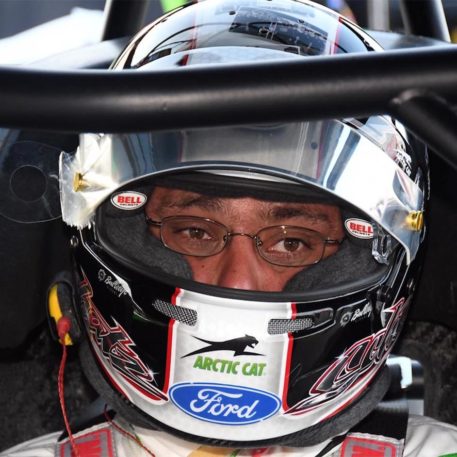 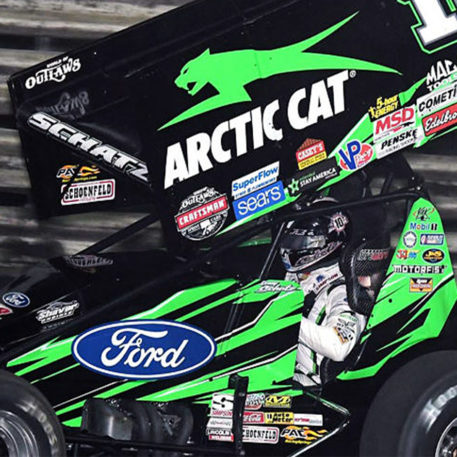 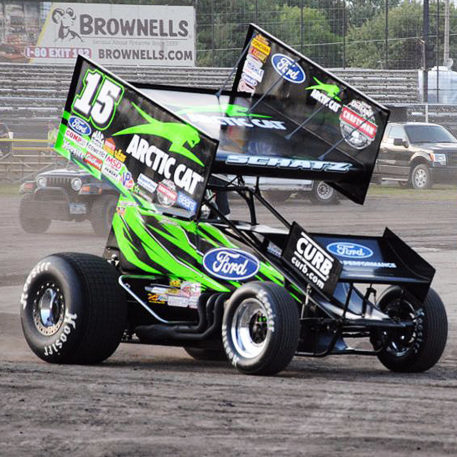 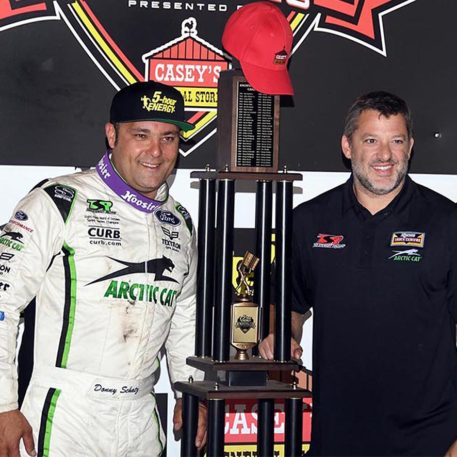 Bell helmet replica of ten-time World of Outlaws Champion and one of sprint car racing all time great drivers Donnie Schatz. He has been competing in The World of Outlaws series for over twenty years To date he has racked up over 280 wins including winning the Knoxville Nationals ten times.

The 2017 season was the 10th year Donny Schatz drove for Tony Stewart Racing. The partnership was made official during the 2007 Knoxville Nationals just hours before Schatz and then TSR driver Paul McMahan shared the front row for the 30-lap A-Main. Schatz won that night and has been winning at a record pace for the past decade carrying TSR to remarkable heights. Just a small number of these helmets were produced to celebrate the anniversary and were presented to Schatz by team owner Stewart .Theses were given to close members of the team. The custom-painted helmet includes images from each of his 10 seasons of competition as a TSR driver. Schatz can be seen wearing one of the helmets chasing his 10th Knoxville Nationals crown.

The helmet has been personally signed by team owner Tony Stewart (and also recently by Schatz) and comes with a full Certificate of Authenticity.