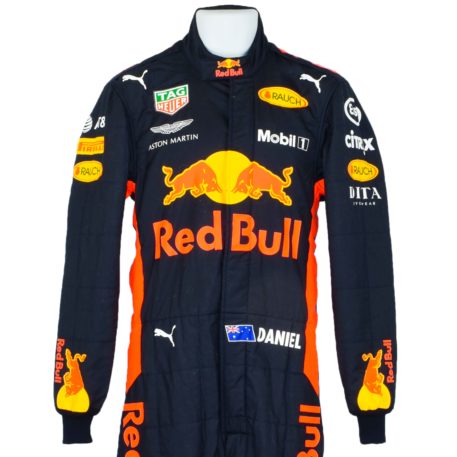 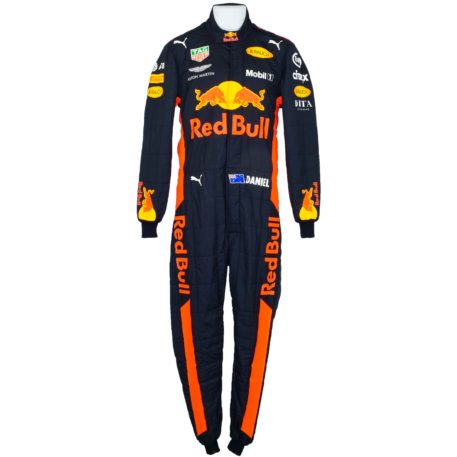 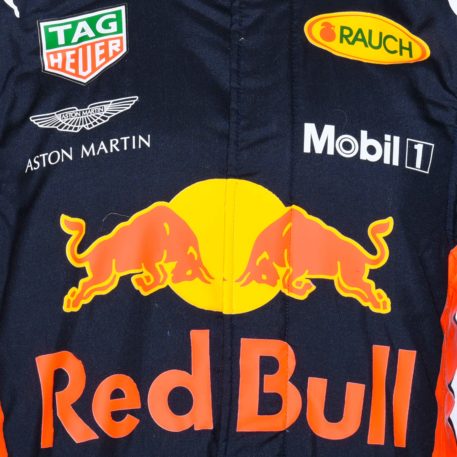 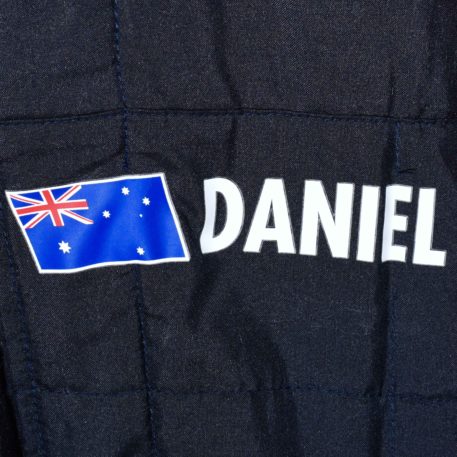 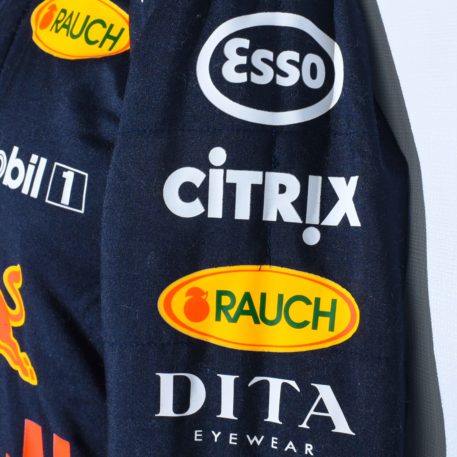 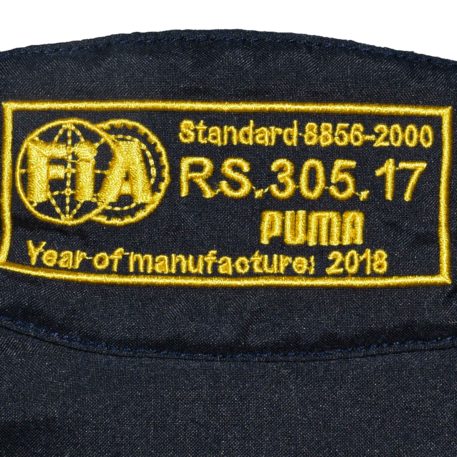 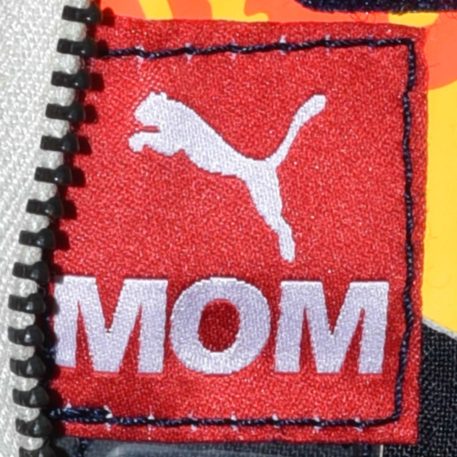 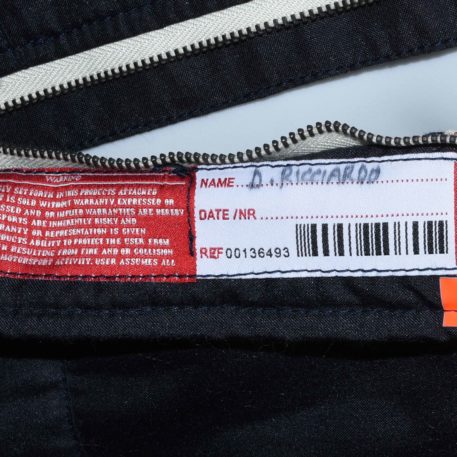 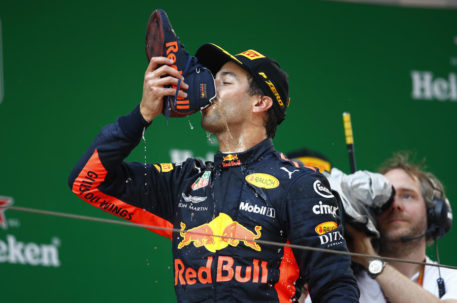 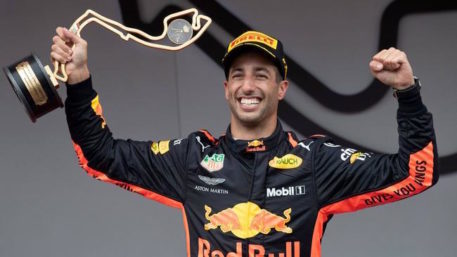 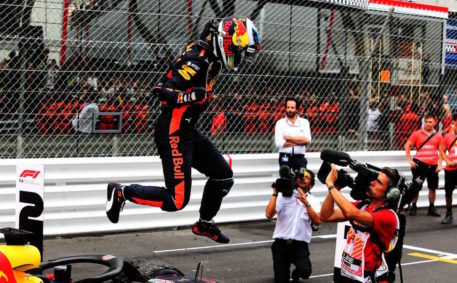 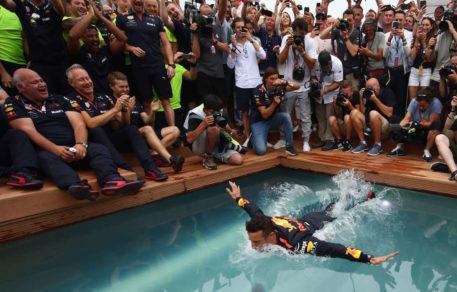 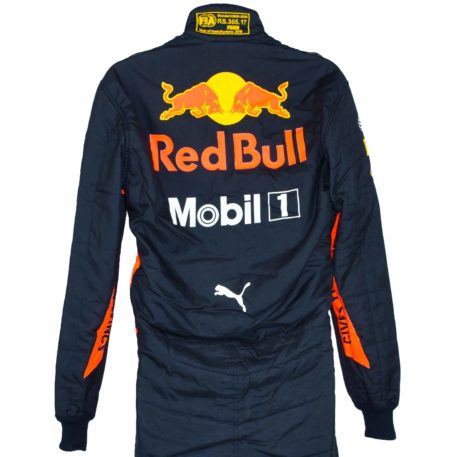 Puma Red Bull race suit worn by the very popular Australian F1 driver Daniel Ricciardo. The Puma suit was used by Ricciardo during the 2018 Formula 1 season while driving the RB14 for Red Bull Racing. During the season, he would win both the Chinese and Monaco Grands Prix and scored seven 4th places finishes as well. Despite eight DNFs,  when Daniel did finish a race he was always well into the top ten throughout the whole year. This consistent performance helped him finish the season in 6th place in the Drivers’ Championship standings right behind Mercedes Benz driver Bottas.

This dark navy blue suit has the team’s Red Bull ‘Charging Bull’ branding logos featured prominently on the torso, back, neck, and forearms. Wide fluorescent orange stripes run down both sides and are interrupted in the middle with Red Bull lettering. Team sponsor/supplier logos, including Mobil 1, Tag Heuer, Rauch, and Aston Martin, among others, are also prominently displayed . Ricciardo’s name and national flag are printed on the midriff. The tag line ‘Gives You Wings’ is printed running under each arm.

As many collectors will know, current driver-used Formula One apparel and equipment is now getting harder to obtain. So please do not miss this very rare opportunity to own a great looking suit used by a current and popular, top-rated Formula One driver.