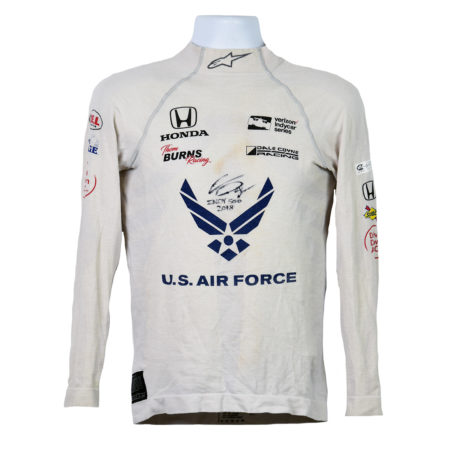 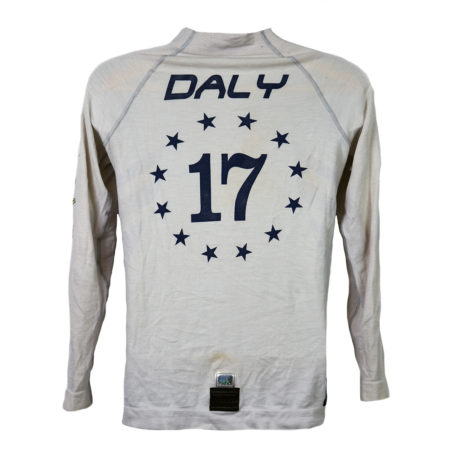 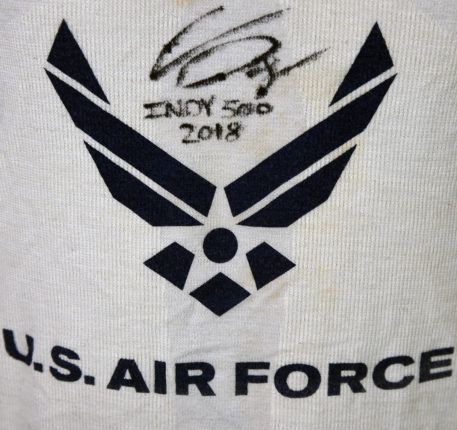 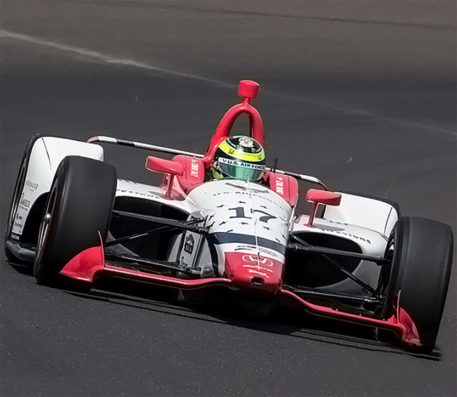 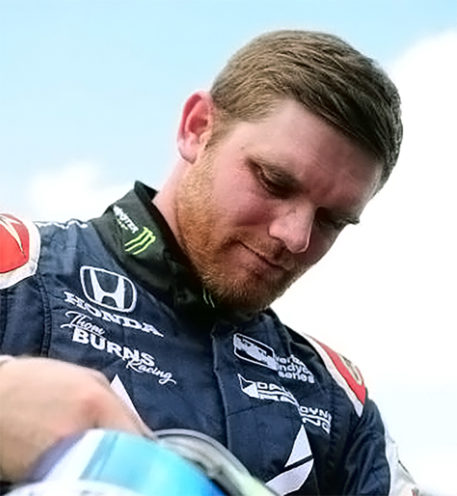 This white Alpinestars undershirt has the U.S. Air Force lettering and logo on its front as well as Dale Coyne/Thom Burns Racing, the IndyCar Series and engine suppliers Honda logos on the upper chest. Both arms have sponsor suppliers’ branding logos that include Bell, Sunoco and A1C. The back of the shirt has Daly’s race #17, which is encircled by twelve stars, and  above this is Daly’s name. Connor Daly has personally signed, dated and race documented the undershirt on the middle front of the torso.

The Nomex comes with a full Certificate Of Authenticity.