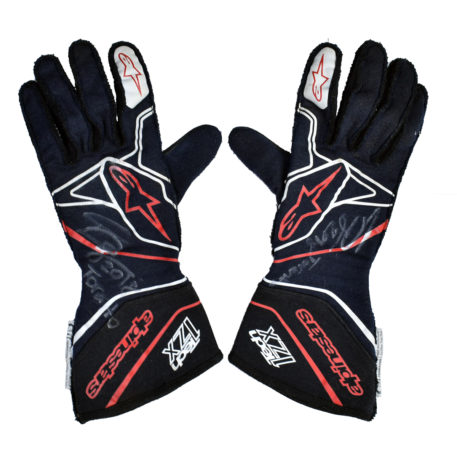 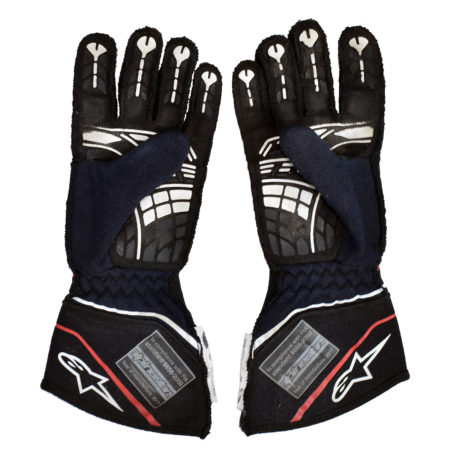 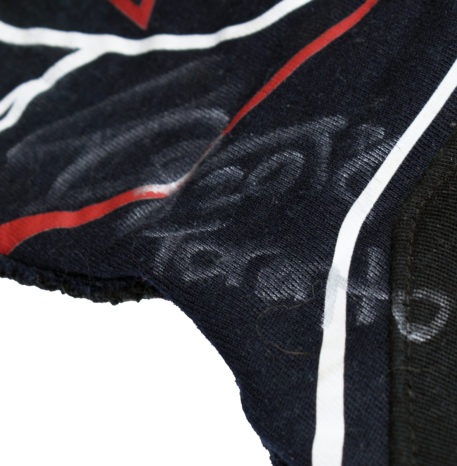 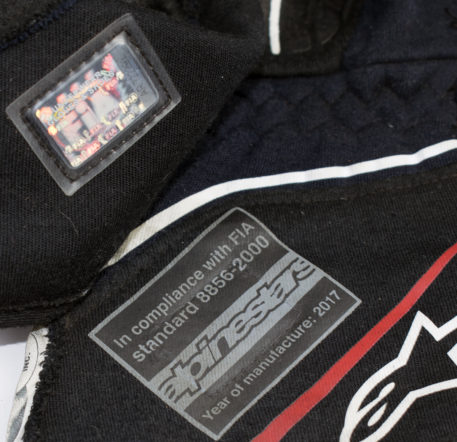 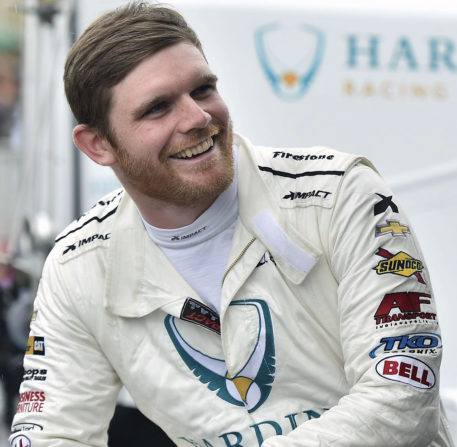 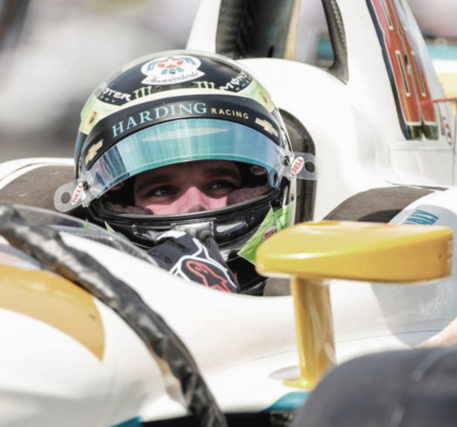 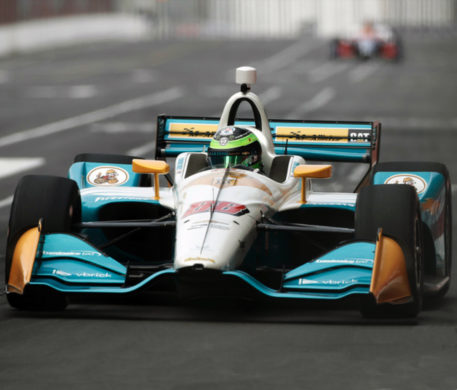 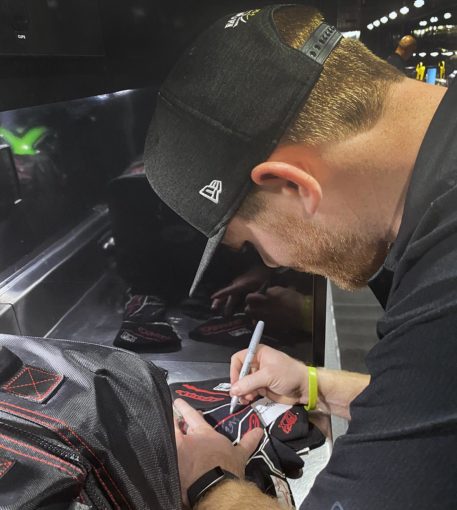 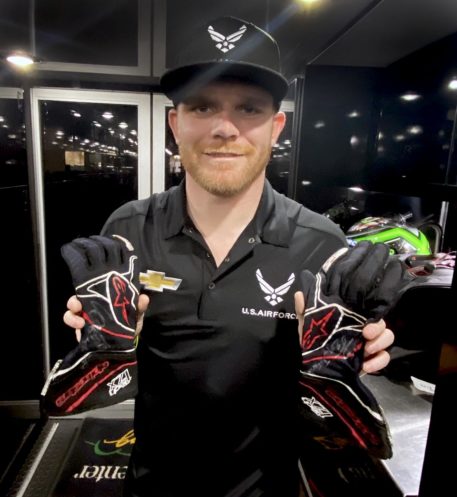 Pair of race-used Alpinestars gloves worn by young American IndyCar driver Conor Daly. He wore these gloves at the 2018 Honda Indy Toronto race while driving for the Harding Racing Team. This city street circuit was one of three races Daly drove in for the team that season.

The Tech1ZX black gloves have a red and white line design on their tops and the index fingers have red tips. The Alpinestars’ logos, on the index fingers and knuckles, and lettering, on the cuffs, have been printed onto the gloves and there’s grey and white gripper fabric on all fingers and inner palms. The cuffs have the FIA compliance labels and Alpinestars logo printed on them.

Conor Daly has personally signed and race documented both gloves with ‘Toronto 2018’ in silver Sharpie.