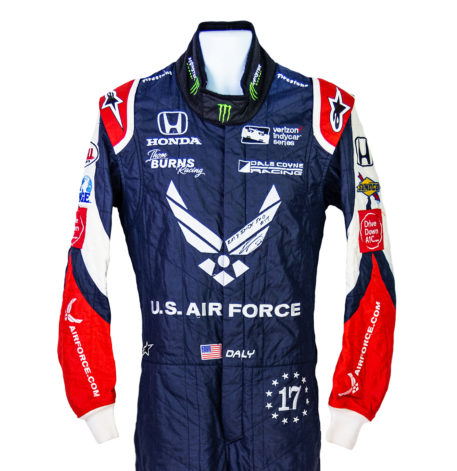 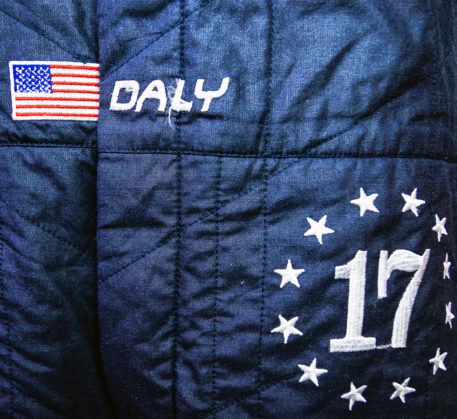 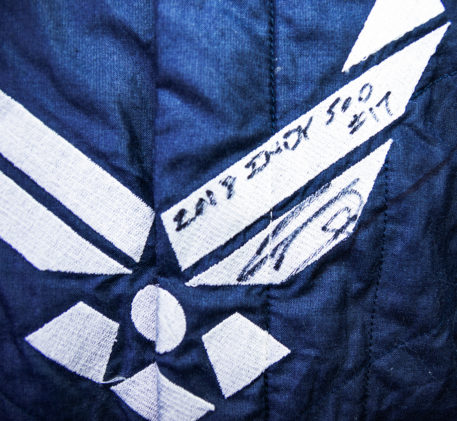 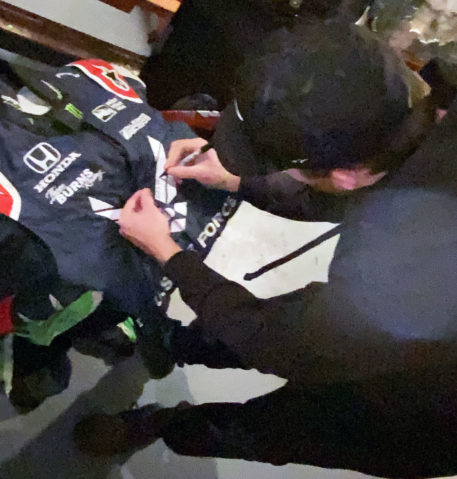 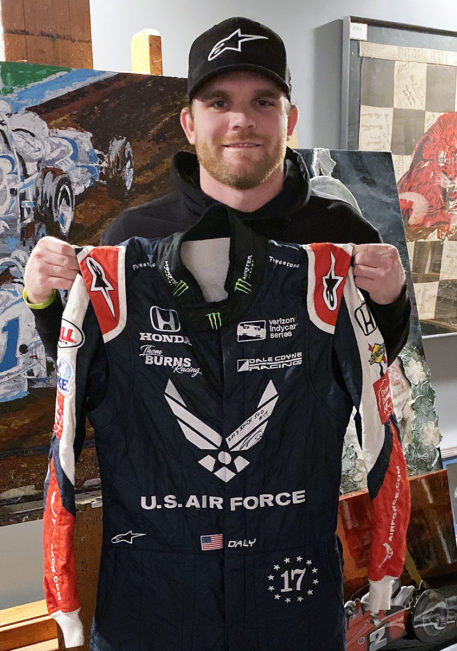 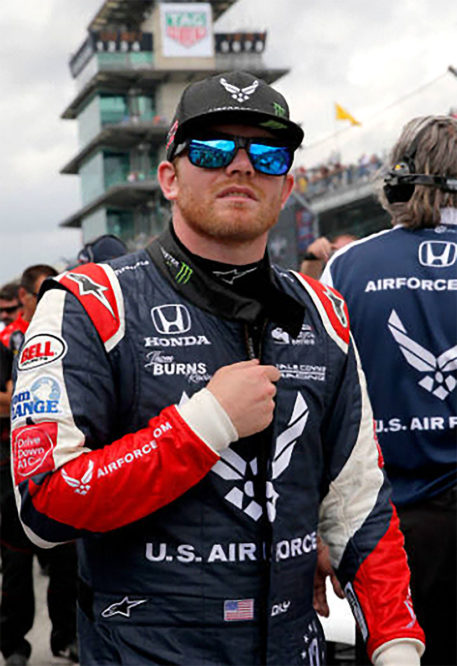 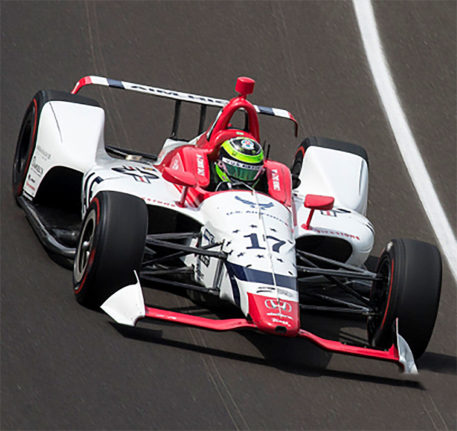 AlpineStars race suit worn by American driver Conor Daly. The suit was one used by Daly during the 2018 Indianapolis 500 as he drove for Dale Coyne Racing for the race. His #17 car, fielded in conjunction with Thom Burns Racing, was sponsored by the United States Air Force.  Conor is the son of former F1 and IndyCar driver Derek Daly and is also a multi-disciplined driver that has competed in Sprint Cars, Sports Cars, NASCAR and even tested for Formula 1 team Force India.

This great looking mainly dark blue suit has red forearms and ankles with white upper arms. The U.S. Air Force lettering and logo are prominently displayed on the suit on the front and back, as well as on the arms and legs. It also has other sponsor/suppliers’ branding logos on its arms including Sunoco, Honda, Drive Down and Bell Helmets to name a few. The Monster Energy drink logos are placed on the suit’s black collar. Joint team owners Coyne and Burns lettering is on the chest and Daly’s name and national flag are on the waist belt, with his race number #17 on the left hip. This race worn suit from one of the most popular IndyCar driver’s would be a great addition to any collection.

Conor Daly has personally signed, dated and race documented the suit and it comes with a full Certificate of Authenticity.

With few items from Daly out in the collector market around, this suit will likely sell fast.