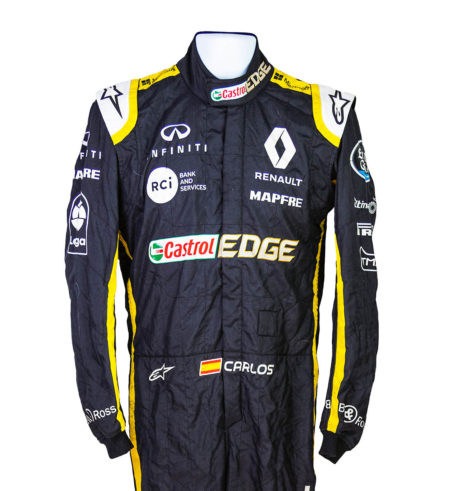 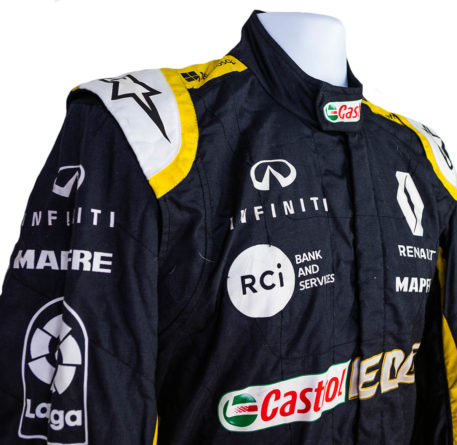 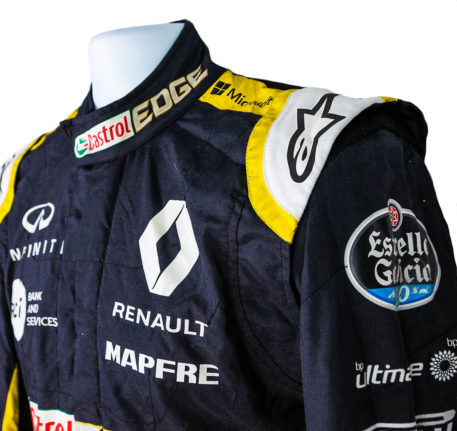 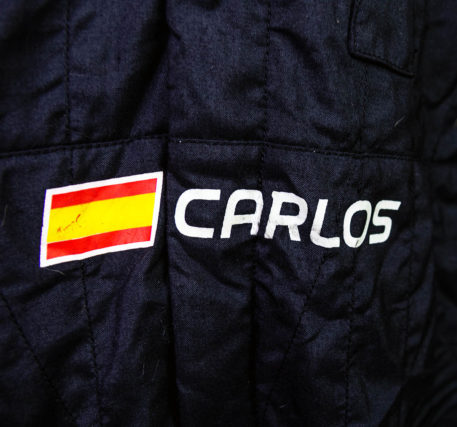 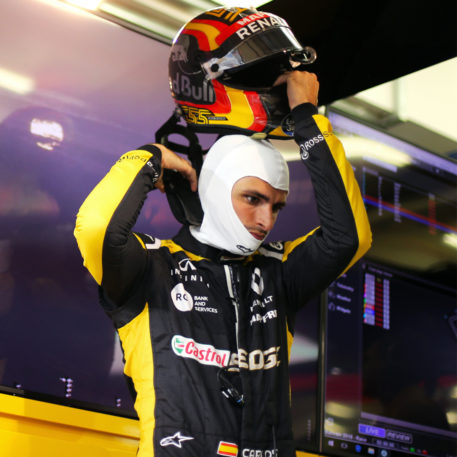 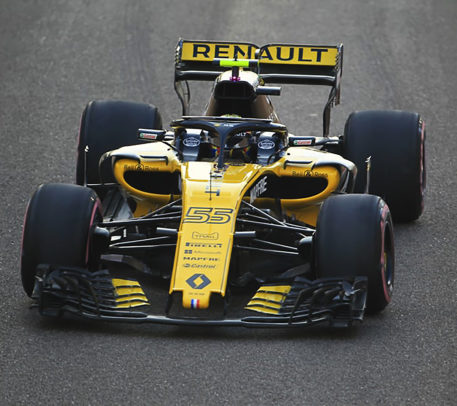 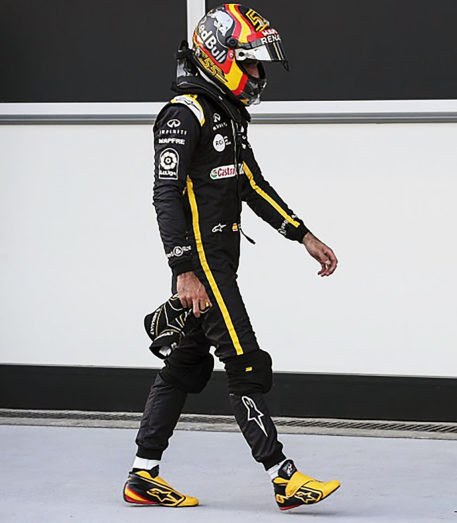 Suit worn by Spanish Formula One driver Carlos Sainz Jr. He is the son of former double World Rally Champion Carlos Sainz Senior. The suit was worn while Sainz Jr. piloted a V6-powered RS18 machine for the Renault Sport F1 Team in 2018. He had a solid season scoring in five of the first six races. At the Azerbaijan Grand Prix Sainz Jr. finished in a season-high fifth position. He would finish the season scoring points in 13 out of 19 races, finishing in tenth place in the drivers’ championship.

This black lightweight AlpineStars suit has yellow stripes running down its legs, sides, inner arms and shoulder trim. Sponsorship lettering/logo branding for Castrol Edge Oil is printed across its midriff and neck. Renault lettering runs down the left leg and across the back of the suit. The are many other sponsor/supplier’s logos on the suit including Mapfre, RCi, and Microsoft just to name a few. Sainz Jr’s race #55 can be seen on the back of the suit and at the bottom of the right leg. His name is printed on the waist as well as his Spanish national flag.

This current Formula 1 driver’s suit would make a great addition to any collection.