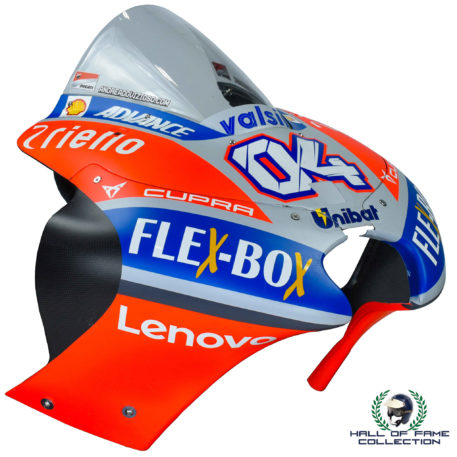 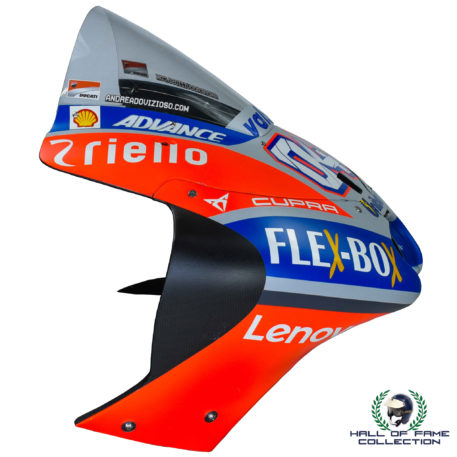 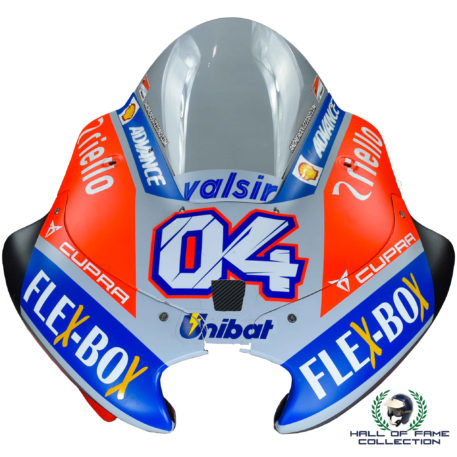 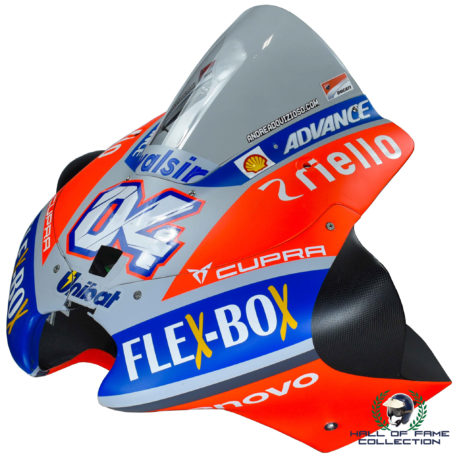 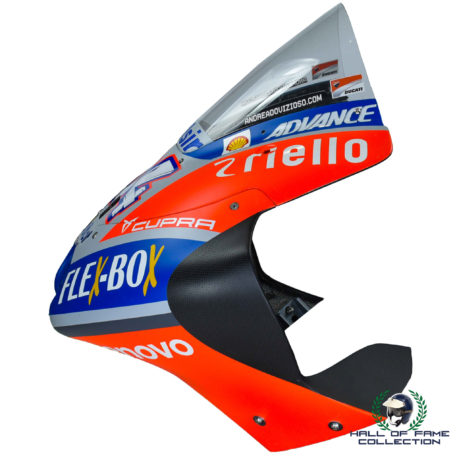 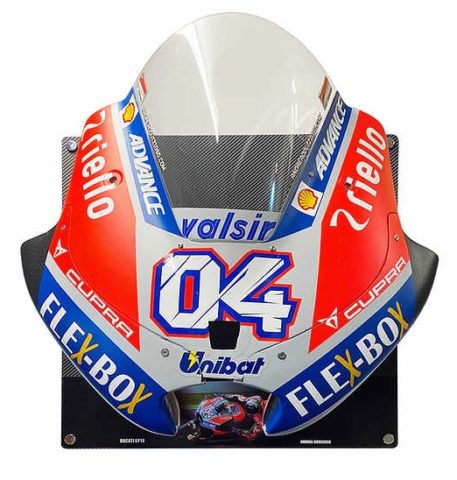 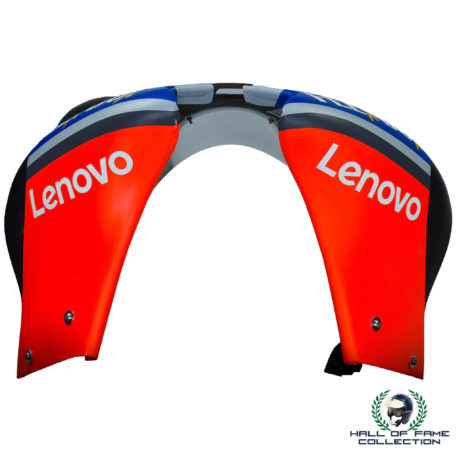 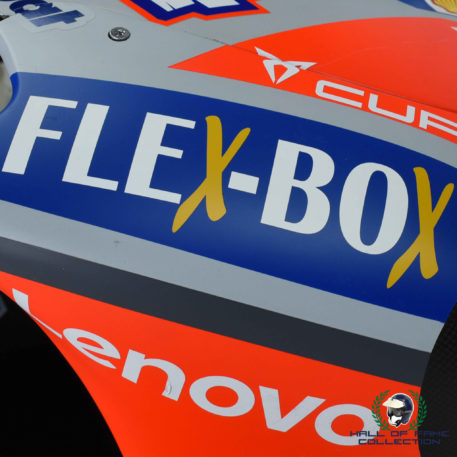 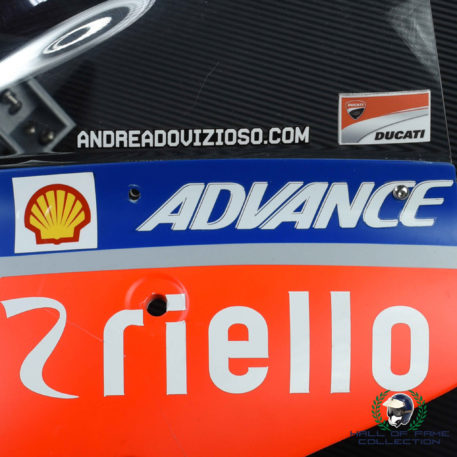 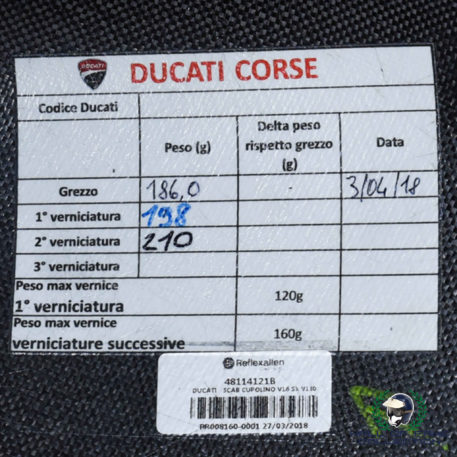 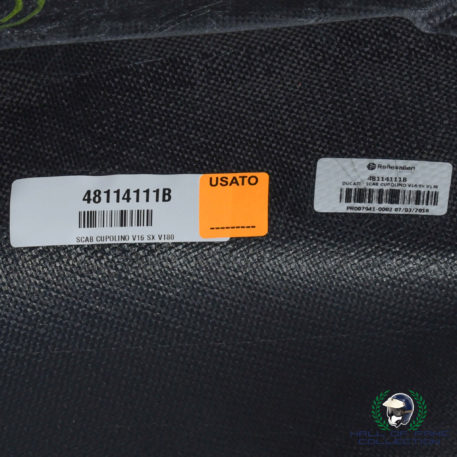 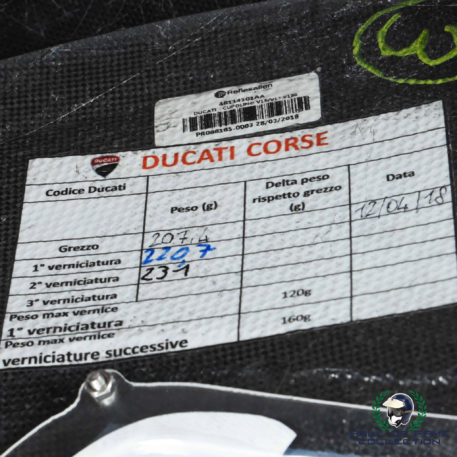 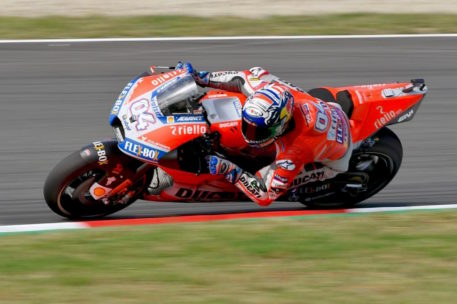 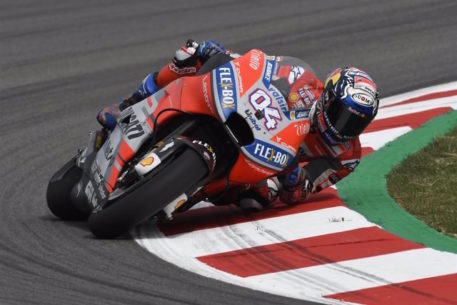 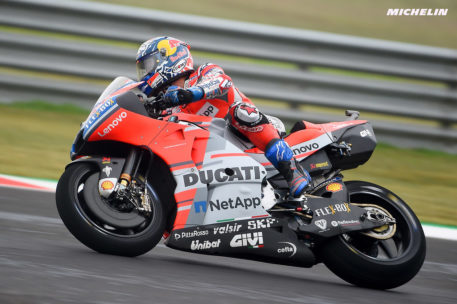 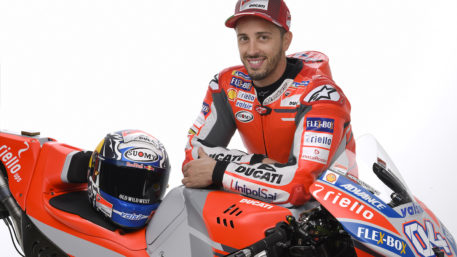 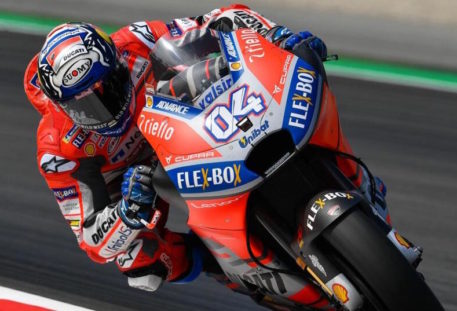 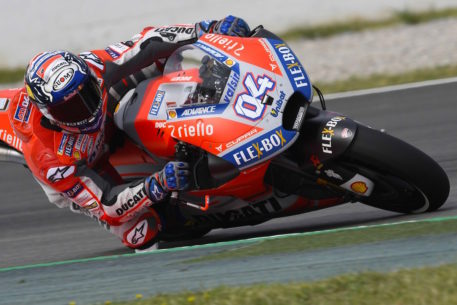 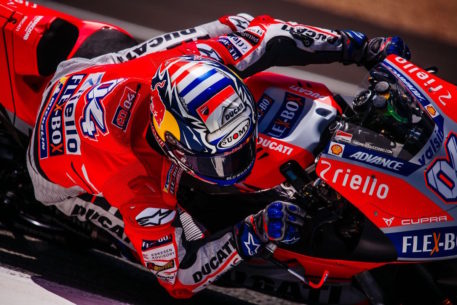 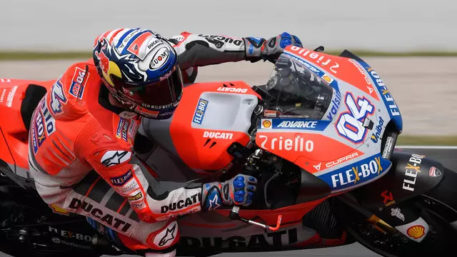 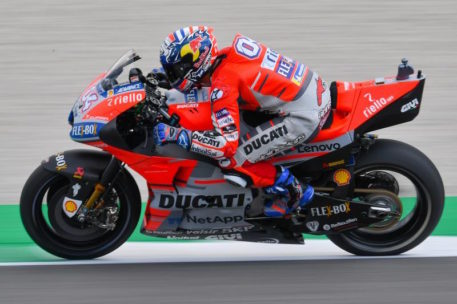 Ducati low downforce front fairing was race-used by Andrea Dovizioso during the 2018 MotoGP season.  The full carbon fibre low downforce configuration was used on tracks where the highest possible top speed was more important than front end grip. With this set up on the bike, ‘Dovi’ posted a new MotoGP  top speed record of  356.4 km/h during the Italian GP free practice 2.

2008 saw him graduate to MotoGP finishing fourth in his debut year. The following year he moved up to the official Honda team winning his first MotoGP race on a wet day at Donington Park. Despite that win he was unable to improve on his debut season results, ending the season in sixth place.

The following years saw him moving from Honda, to Yamaha and then ultimately to Ducati. His Championship standings in those years were fifth, third and fourth respectively.  In his first year with Ducati he ended up finishing eighth in the standings, as the next few years saw him struggle. Dovizioso would record his first win in seven years in 2016 and this long awaited win was a sign of things to come.

2017 to 2019 cemented Dovi’s status as a top rider in MotoGP. Those years saw his fiercest battles and most memorable races. In 2017 he would win 6 races finishing the season in second behind World Champion Marc Marques. As in his 125cc career history would repeat itself as the following year he would score 4 wins and once again finish second in the Championship to Marques. In 2019 he would win two races and scored consistent podiums but had to settle for runner up one final time to Marquez. 2020 saw Dovi in his last year in MotoGP were he would score a win in Austria and, despite his main rival of the last three seasons being sidelined by injury, the season saw him finish 4th in the standings.

Andrea Dovizioso had a fantastic MotoGP career and out of 229 starts he totaled 15 wins, 62 podiums, 7 poles and 11 fastest laps for a career total of 2,556 points.

This fairing is the most sought after part of the bike and is easily the most recognizable one as well. The Ducati Desmosedici GP18 front fairing is beautifully presented, mounted on a carbon fibre look acrylic panel, featuring an image of the bike in the low downforce configuration.