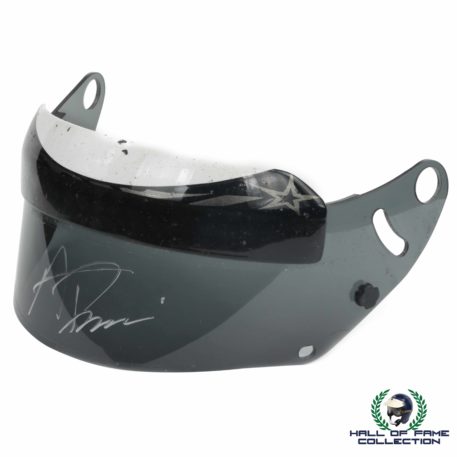 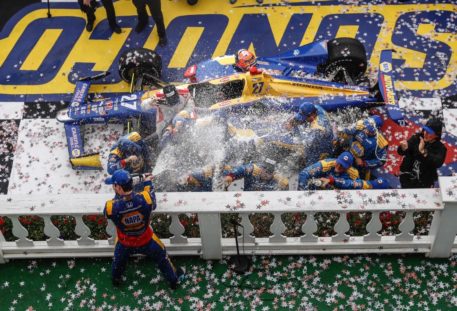 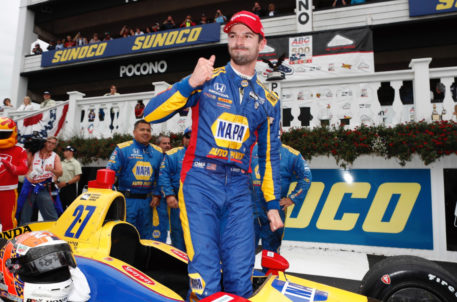 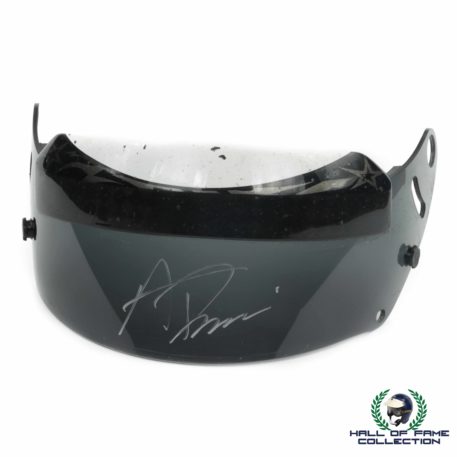 After an early crash which involved Robert Wickens and Ryan Hunter-Reay, the race would be red-flagged and delayed for some time. Rossi was experiencing issues with his radio and so decided to switch helmets. The replacement helmet was not fitted with the Napa visor strip and can clearly be seen in the race and on victory lane without the sponsor on it.

The visor is signed by Rossi and comes with a Certificate Of Authenticity.