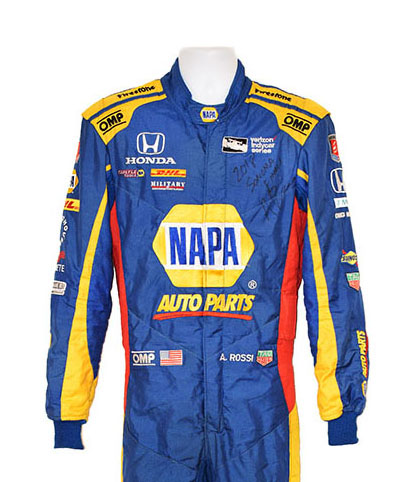 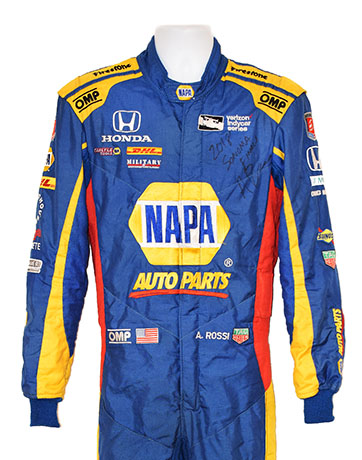 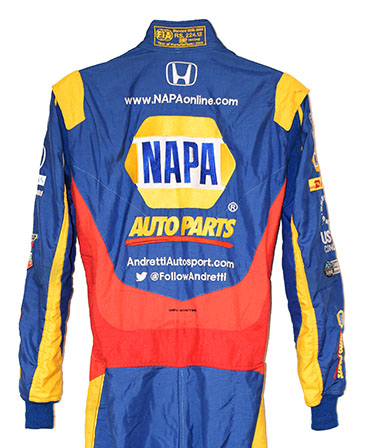 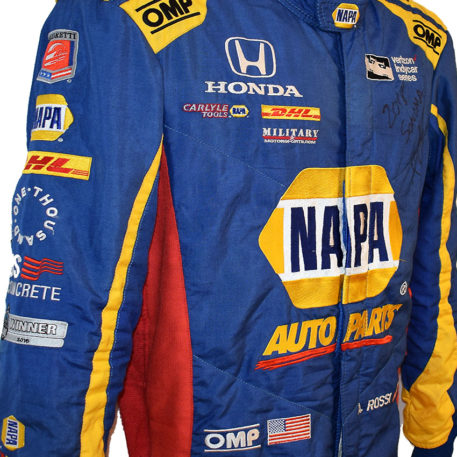 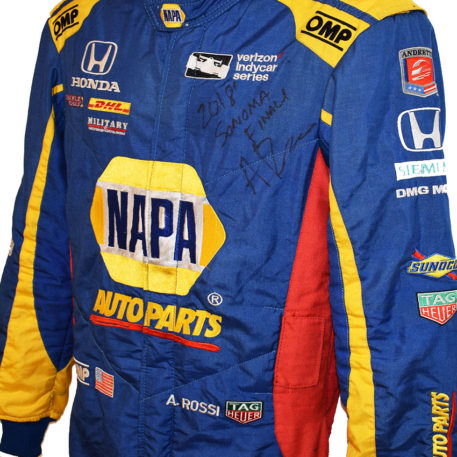 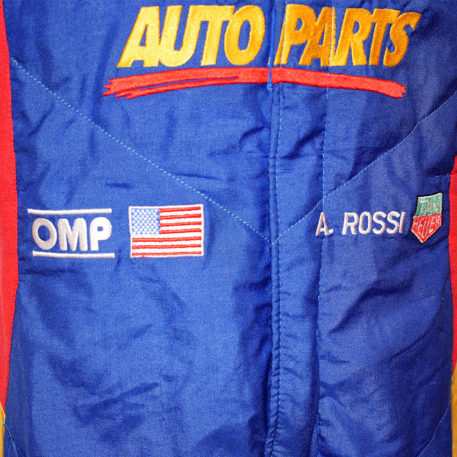 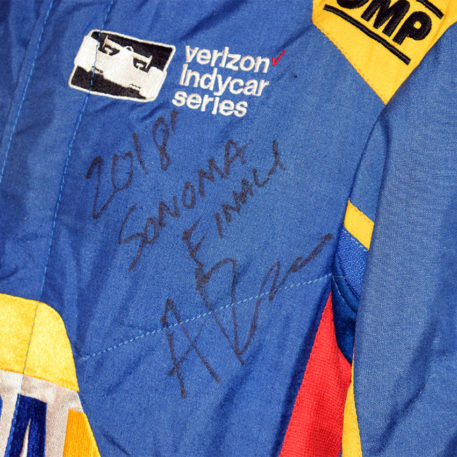 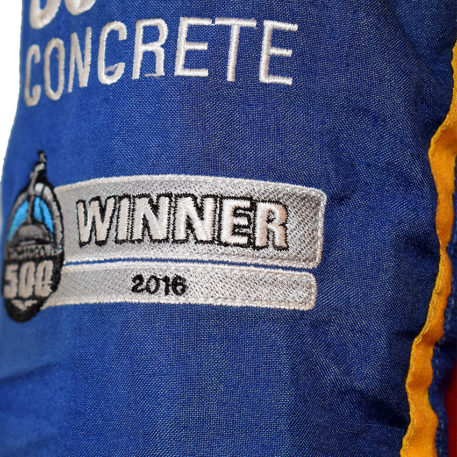 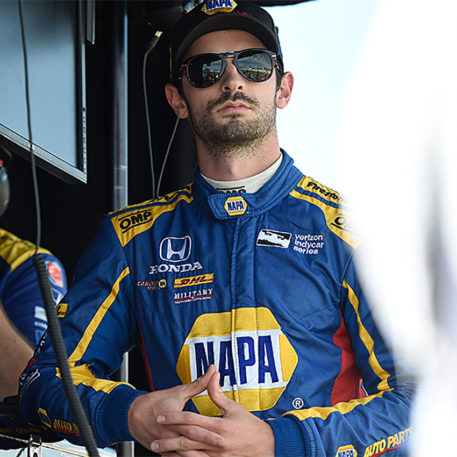 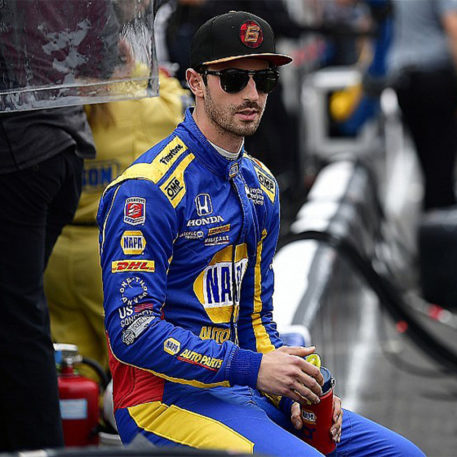 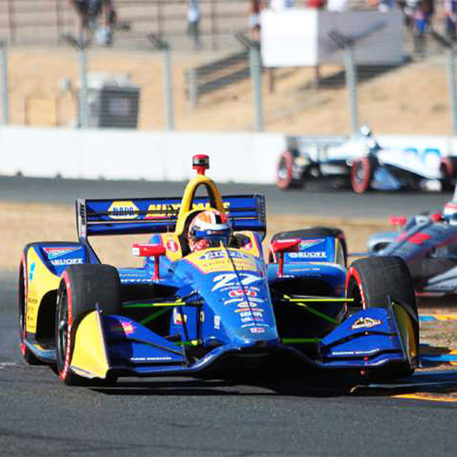 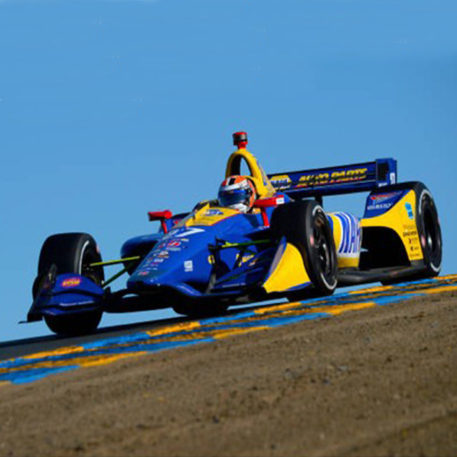 Alexander Rossi’s end of season race used suit. Going into the final race of the 2018 IndyCar series in Sonoma, the chase for the championship title come down to two drivers Scott Dixon and Alexander Rossi. Andretti Autosport driver Rossi had to beat Dixon to secure the title. Unfortunately Rossi was involved in a start of race incident running into the rear of teammate Marco Andretti. Rossi was forced to pit his NAPA Auto Parts Honda to replace a damaged front wing, dropping him to back of the field. The Californian battled back to finish seventh but, with double race points awarded, it left him 57 points behind Dixon in the final standings. This is a suit that Rossi used for the race.

This OMP racing suit is in the prominent bright blue, yellow and red colours of Rossi’s main sponsor NAPA Auto Parts Company and their logo is printed front, back, arms and legs of the suit as well as having many other sponsor/supplier logos applied to the arms. It has been personally signed, dated and race documented ‘season final’ by Alexander Rossi.

Suit comes with a full Certificate of Authenticity

You can add this great item to your collection today from the 2016 Indianpolis 500 Champion.