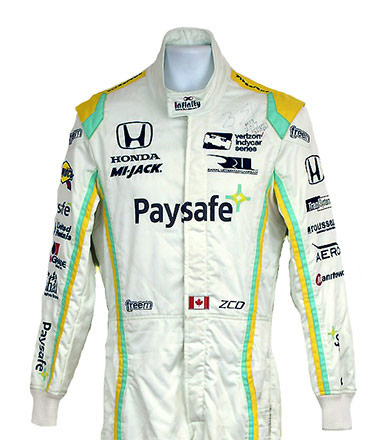 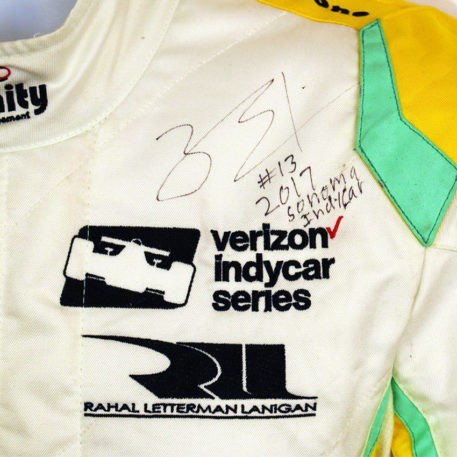 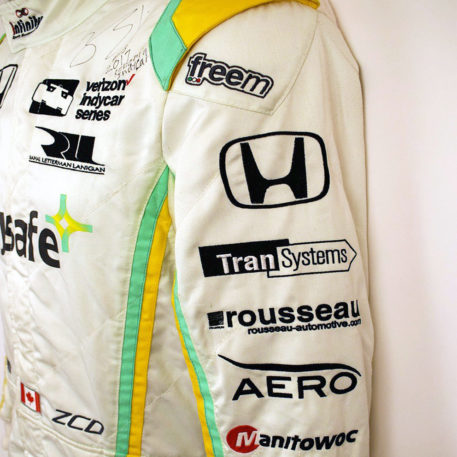 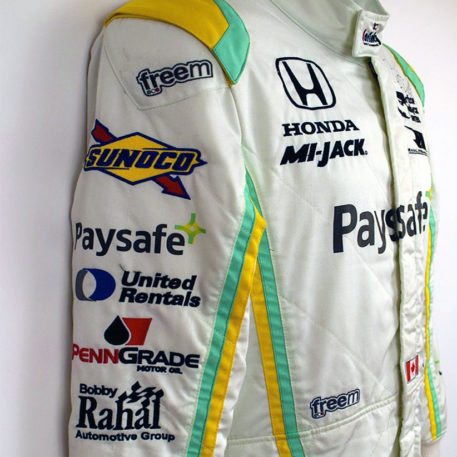 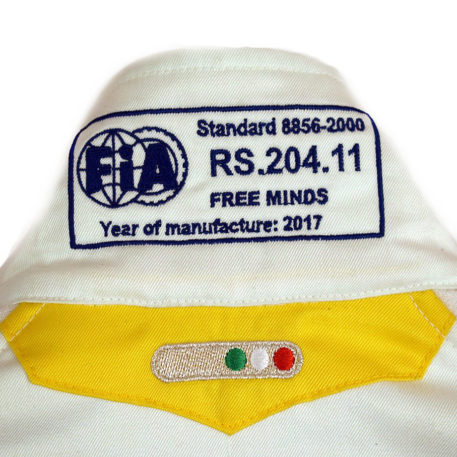 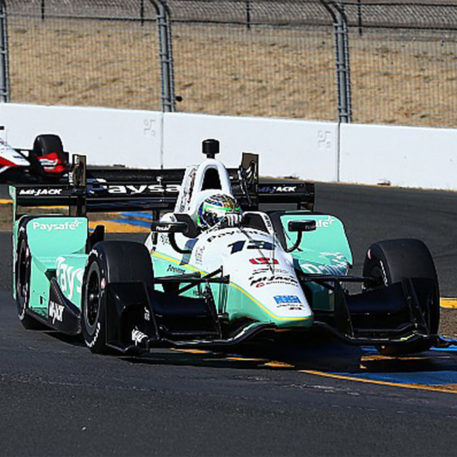 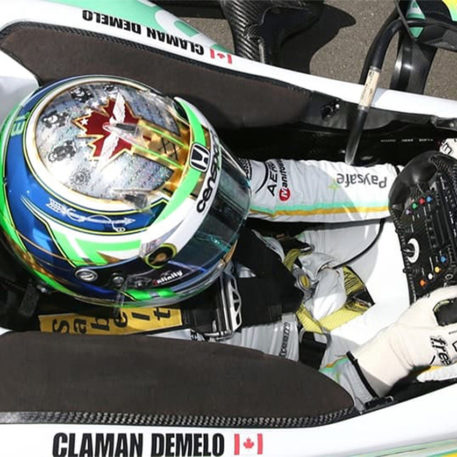 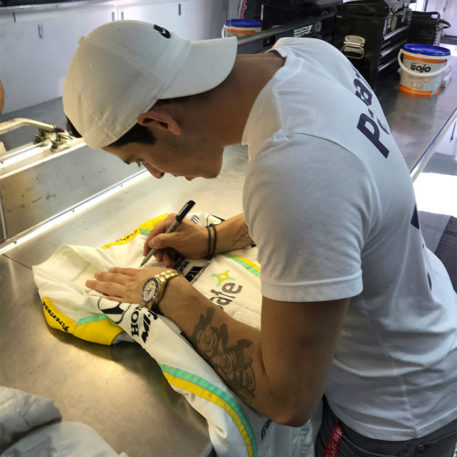 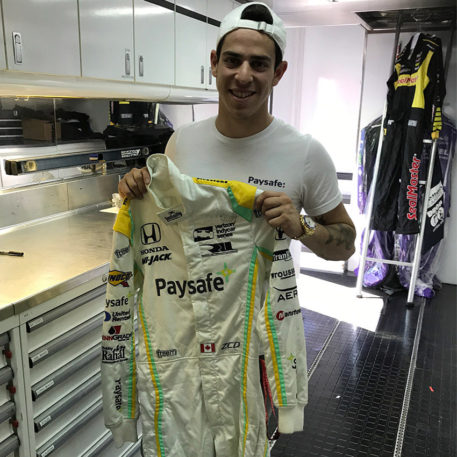 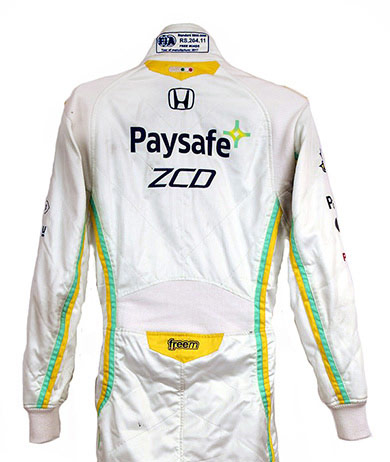 After a couple of impressive seasons in the Indy Lights Series Championship, Claman DeMelo received an invite to make his IndyCar Series debut driving for Rahal Letterman Lanigan Racing in the final 2017 race of the season at Sonoma Raceway.

This all-white suit has yellow and green pin striping running down either the side of the front and arms of the suit, as well as major team sponsor ‘Paysafe’ on the chest, sleeves and back. It also has many other team supplier/sponsors branding printed on the sleeves. Claman DeMelo’s national flag and initials are printed on the waist belt.

Claman DeMelo has also personally signed, dated and race documented (with race number No. 13) the suit on the front top left shoulder.