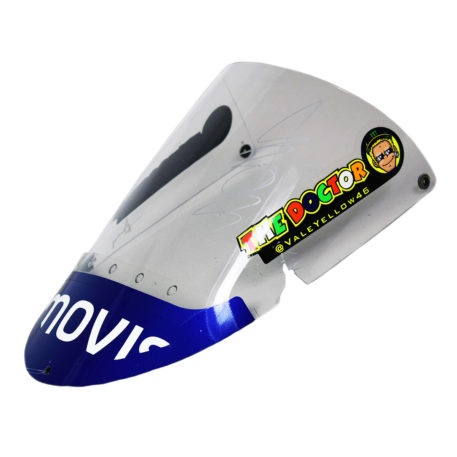 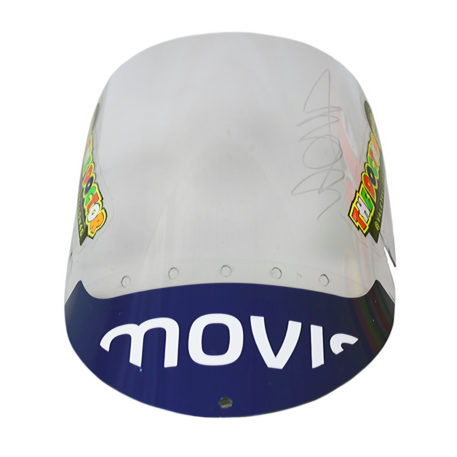 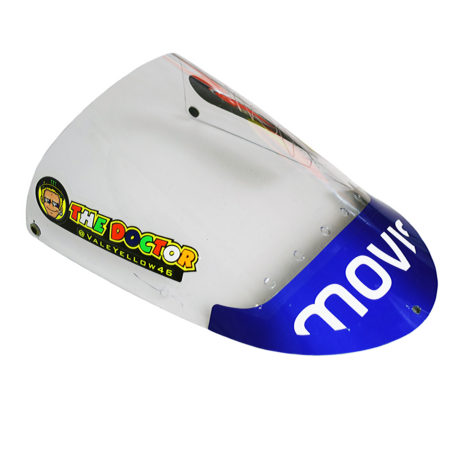 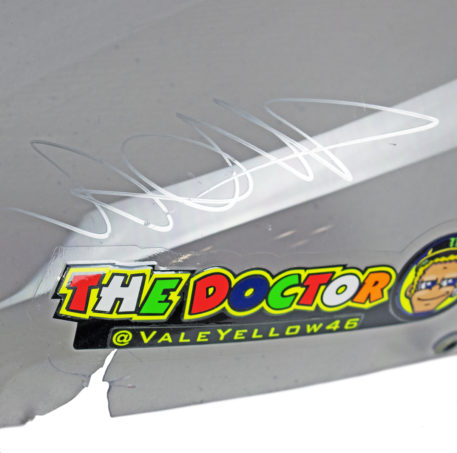 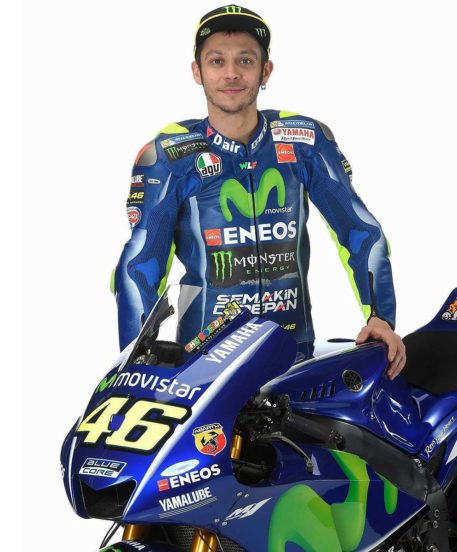 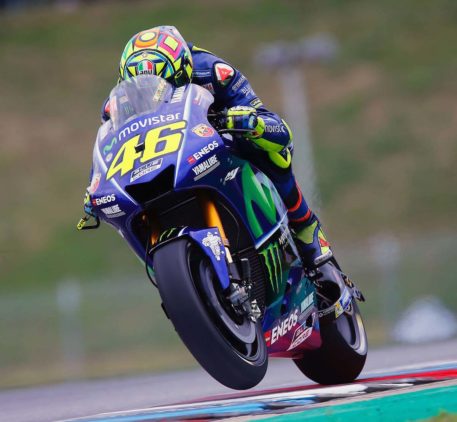 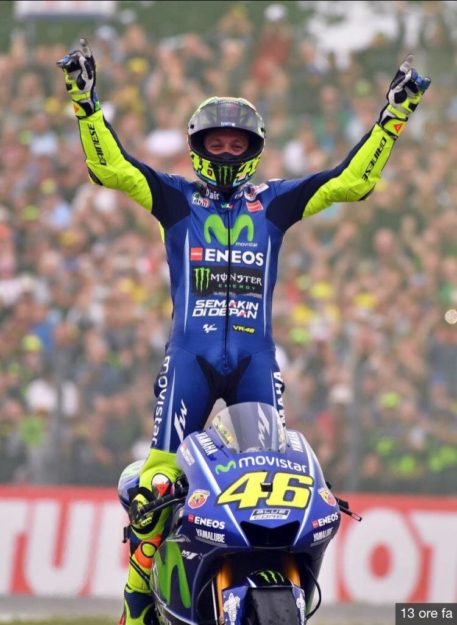 Fantastic original screen from the #46 Movistar Yamaha YZR-M1 of Valentino Rossi. It was race used during the 2017 season at the first few rounds of the season including the USA round in Austin, Texas. Rossi is widely considered as one of the greatest motorcycle racers of all time with nine Grand Prix World Championships to his name, seven of which are in the premier MotoGP class. Rossi is also the only road racer to have competed in 400 or more Grands Prix races.  He has ridden with his iconic race #46 for his entire career making it famous across the globe.

The screen has the metallic blue color of the Movistar Yamaha team on the front portion with part of the  Movistar sponsorship lettering in white.  The left side suffered crash damage and there is a small piece of the Plexiglas missing around the fixing hole. To the right of the fixing hole there are cracks in the Plexiglas. These are all part of the story of  The Doctor’s battle scars.

Valentino Rossi has personally signed the screen on the left side in bold silver sharpie.

The screen comes with a full Certificate Of Authenticity.

Rossi items very rarely come on to the open market, so this is a great opportunity to acquire a rare piece of The Doctor’s race-used equipment and likely bragging rights amongst your friends.