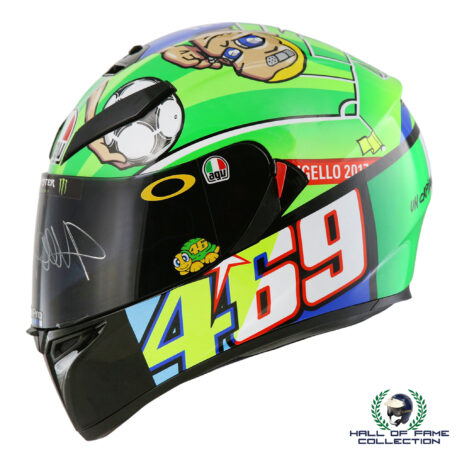 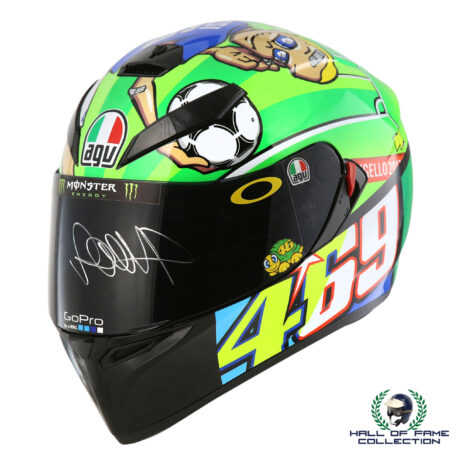 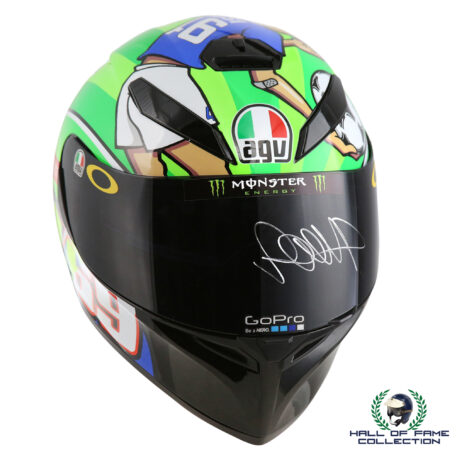 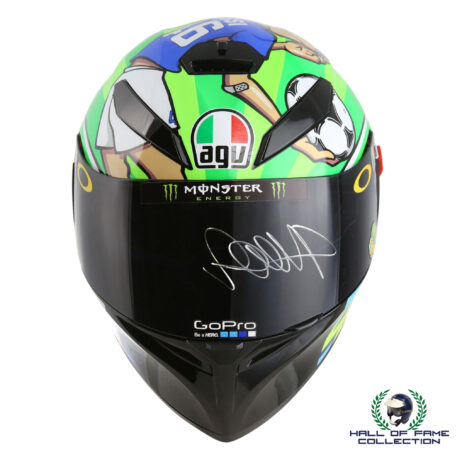 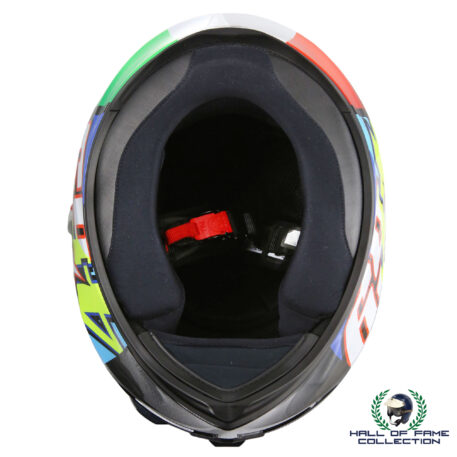 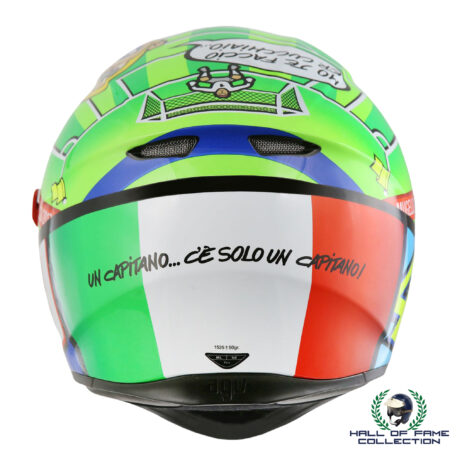 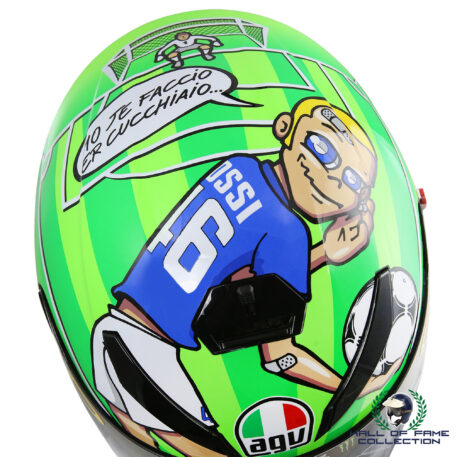 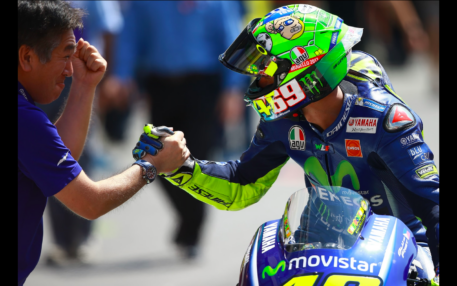 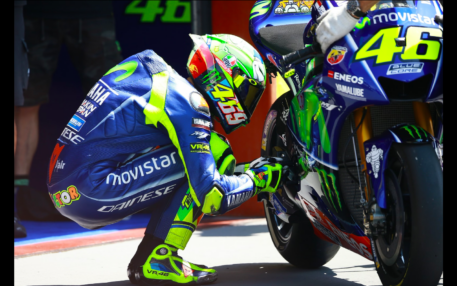 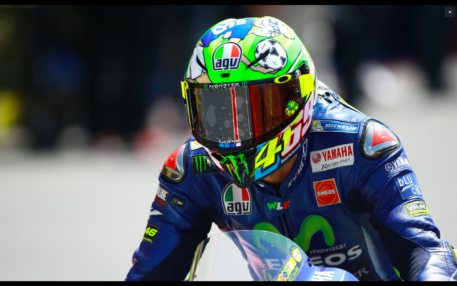 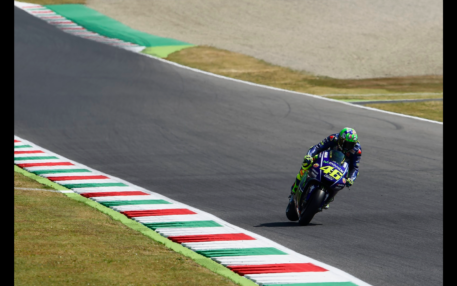 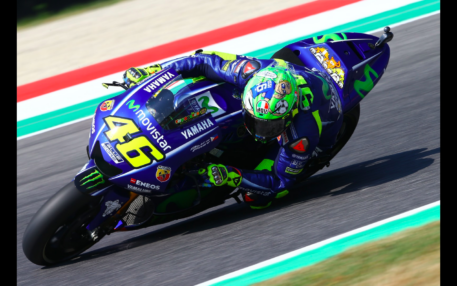 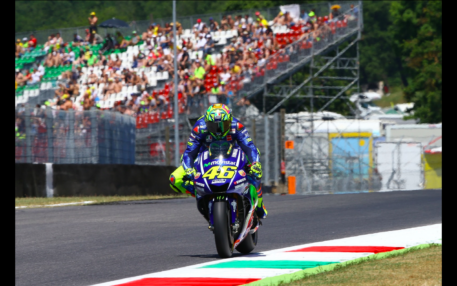 Rare replica AGV helmet of the one worn by Valentino Rossi while racing for the Movistar Yamaha team during the 2017 MotoGP season.

Valentino Rossi is a nine-time Grand Prix motorcycle racing World Champion. Nicknamed The Doctor, he is widely considered to be one of the greatest motorcycle racers of all time, with some labelling him as the greatest ever. He has nine Grand Prix World Championships to his name, seven of which were in the premier 500cc/MotoGP class. He holds the record of most premier class victories, with 89 victories to his name. He won premier class World Championships with both Honda and Yamaha. He is also the only road racer to have competed in 400 or more Grands Prix, and rode with the number 46 for his entire career.

This iconic replica helmet comes with a visor signed by Rossi from the Gran Premio d’Italia Oakley which was run at the Mugello Circuit.