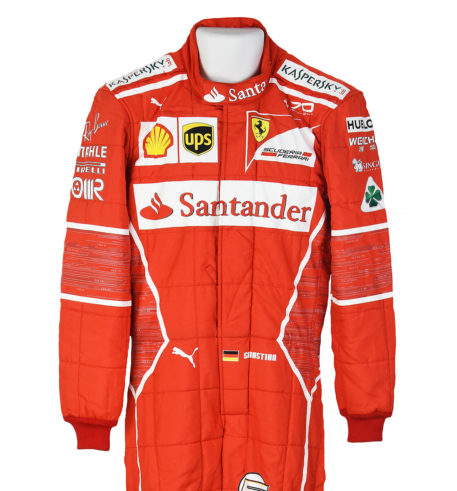 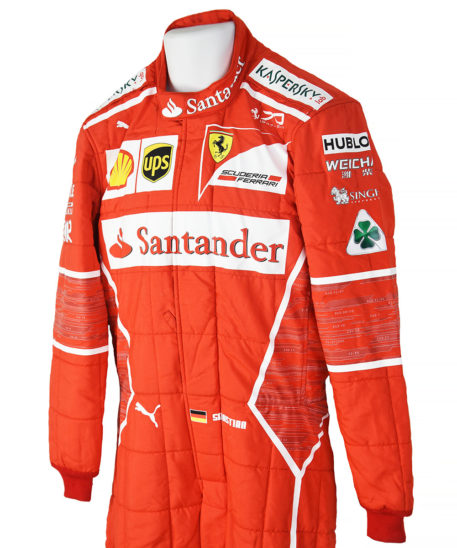 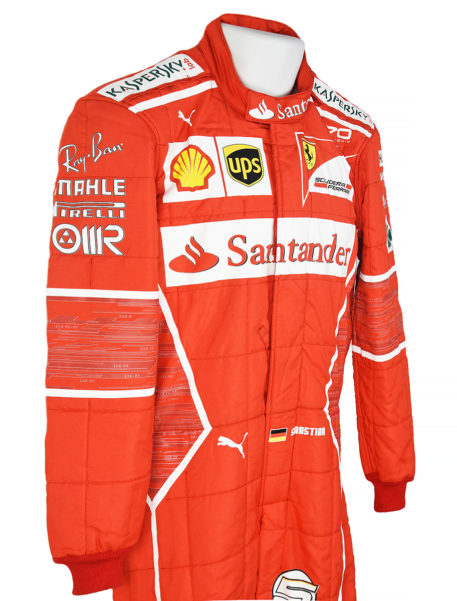 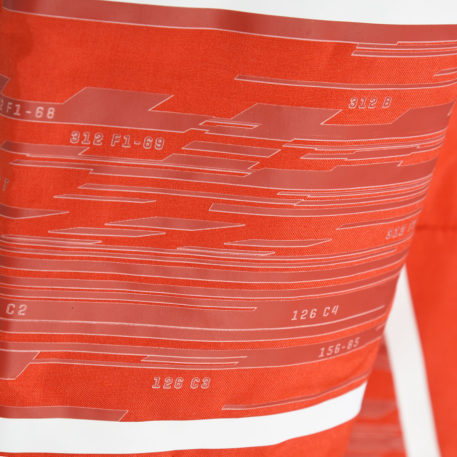 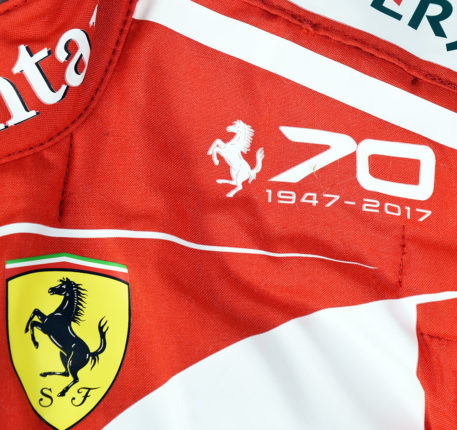 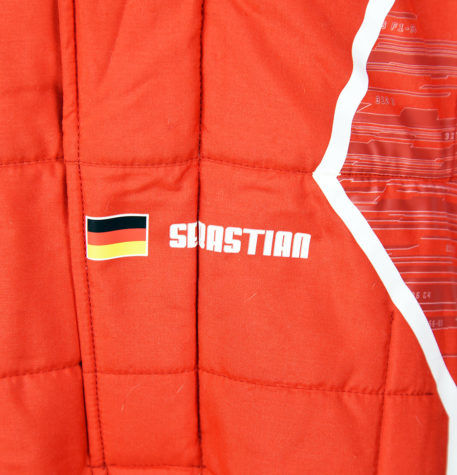 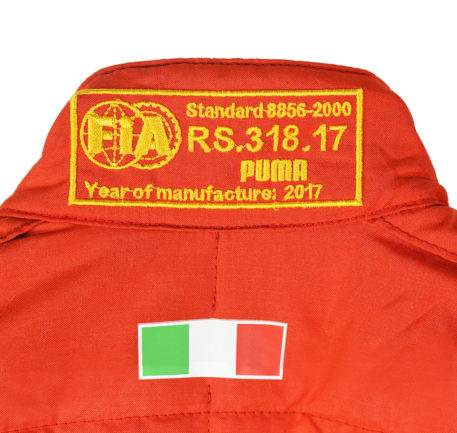 Puma Ferrari suit worn by four-time Formula 1 World Champion Sebastian Vettel, and used by him during the 2017 season. This was a special season for Ferrari as it was the 70th anniversary of the Maranello-based manufacturer producing their very first racing car, a 12-cylinder, 1.5 L Tipo 125, in 1947. The equipment used by the team during the 2017 season had anniversary insignia on them to commemorate this landmark in the history of Scuderia Ferrari. Vettel almost crowned the season with a Championship title, recording five wins and eight other podium finishes. He would eventually finish second in the Championship with a total of 317 points, just missing out to his main rival Lewis Hamilton.

The lightweight red suit has printed sections on the sides, forearms, and knees that are edged in white pinstriping and that have the chassis model numbers of every Ferrari Formula 1 car produced and the year the individual car was used. It also has many sponsor/suppliers’ logos and lettering printed onto the suit, including Santander across the midriff, Shell and UPS on the chest, and Ray-Ban, Hublot and Mahle on the arms to name a few. On the top left shoulder is the aforementioned 70th anniversary 1947 -2017 ‘Prancing Horse’ motif and on the left sleeve is Alfa Romeo’s ‘Quadrifoglio’ (four-leaf clover) emblem. Alfa Romeo machines were the first race cars used by Enzo Ferrari when he founded the Scuderia Ferrari team in 1939.