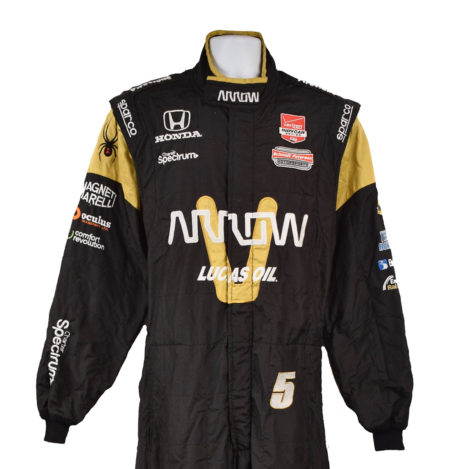 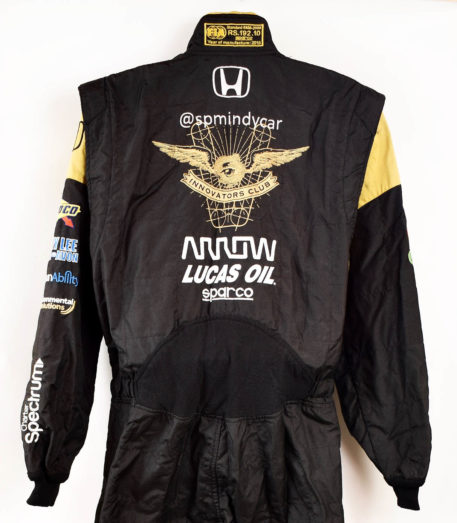 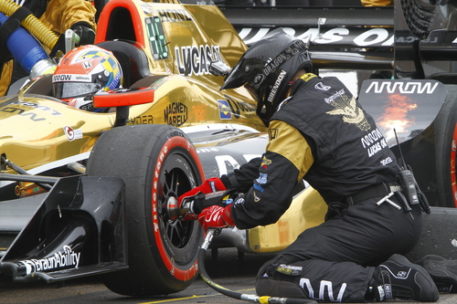 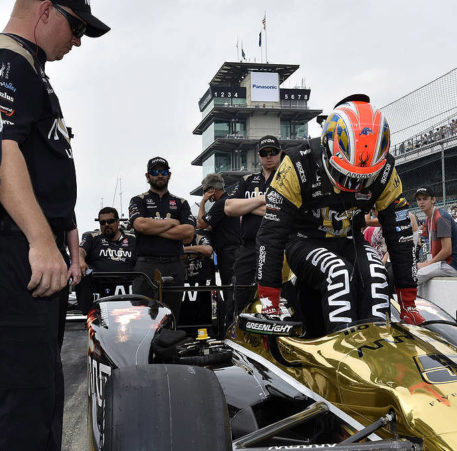 A great sharp-looking suit in the black and gold colors of Arrow Electronics which was also used in the 2016 season where Hinchcliffe famously won the 2016 Pole at the 100th Indy 500.

Crew suit is also full Nomex FIA rated and can be used for your track days or karting adventures. Size is MTM but would fit like a large.