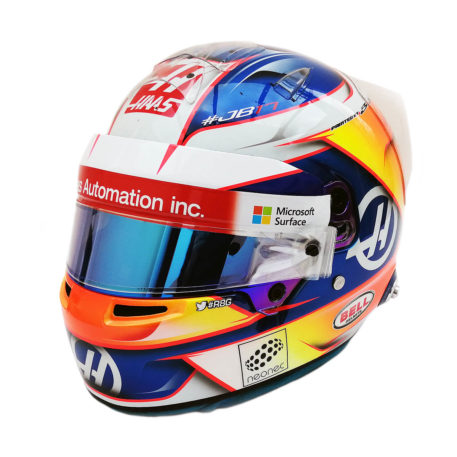 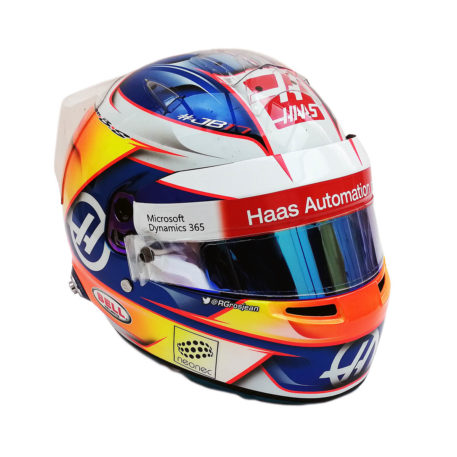 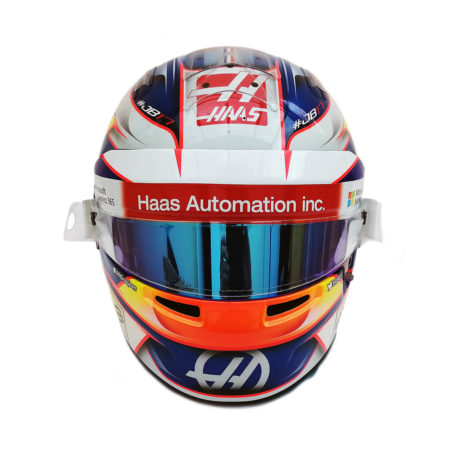 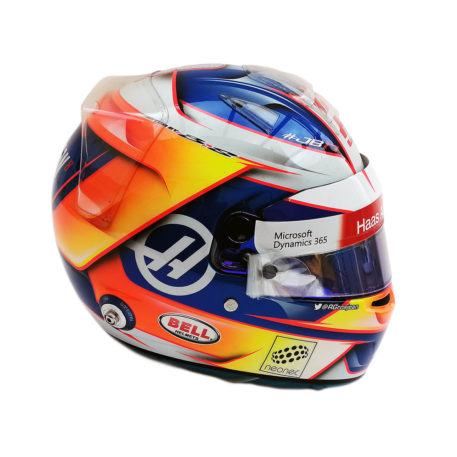 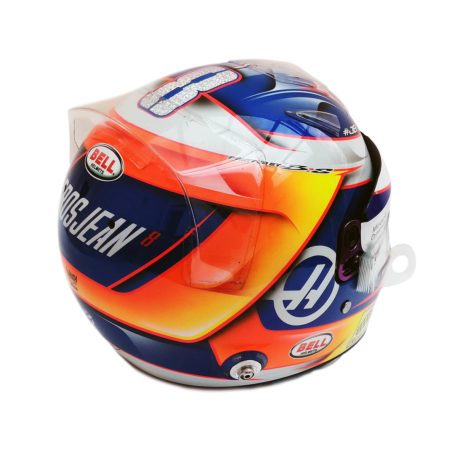 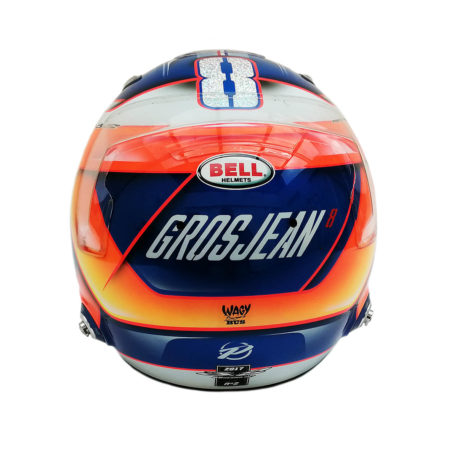 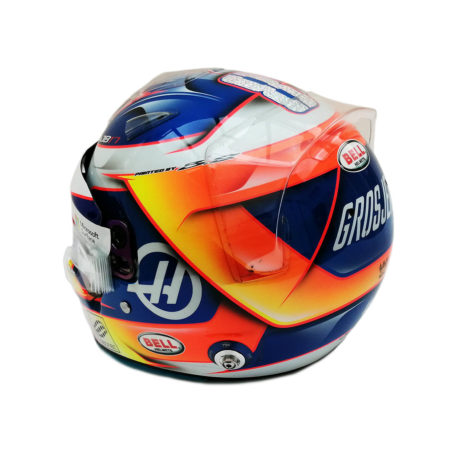 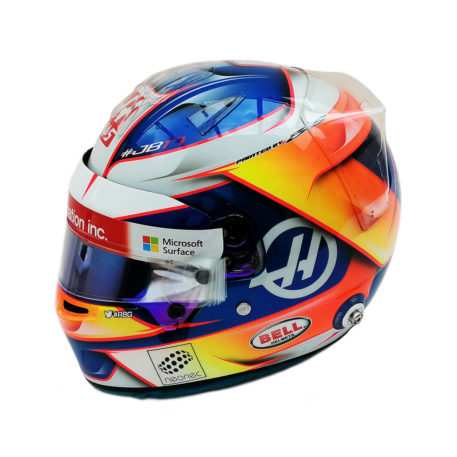 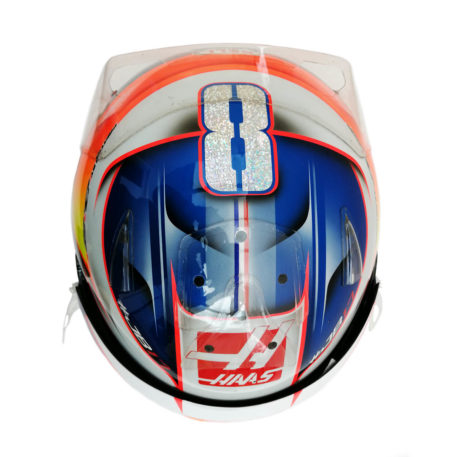 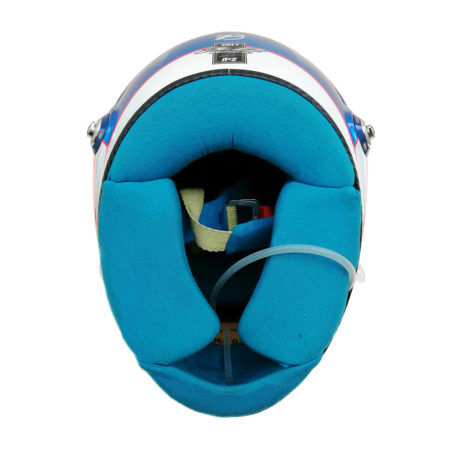 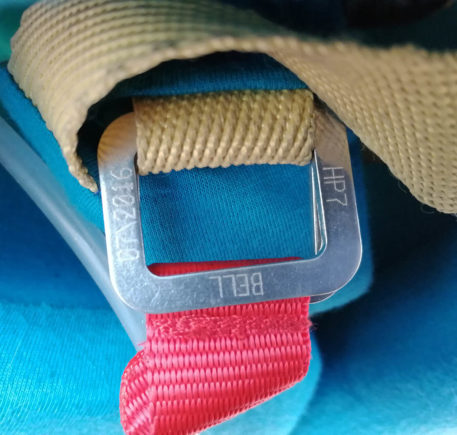 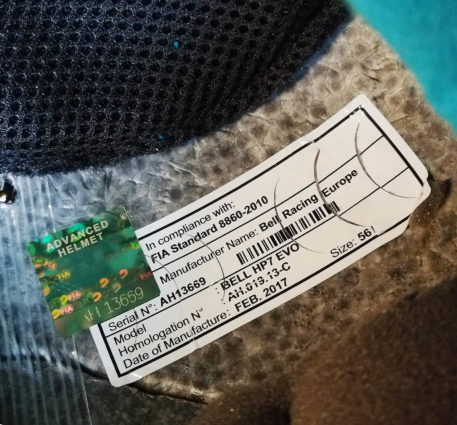 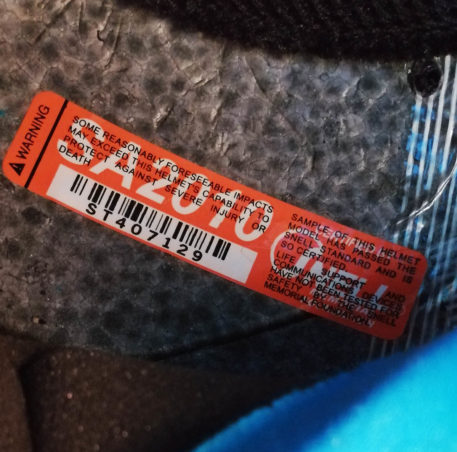 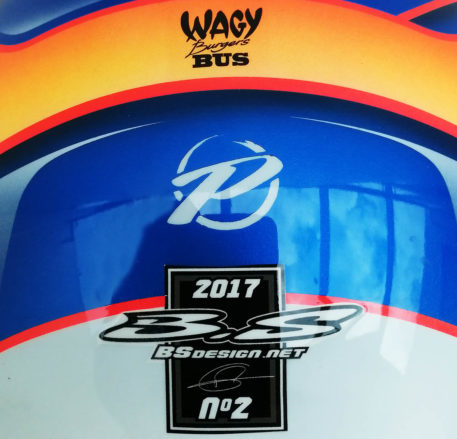 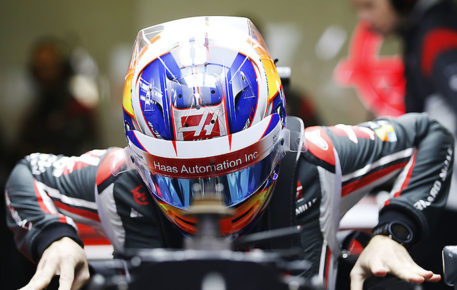 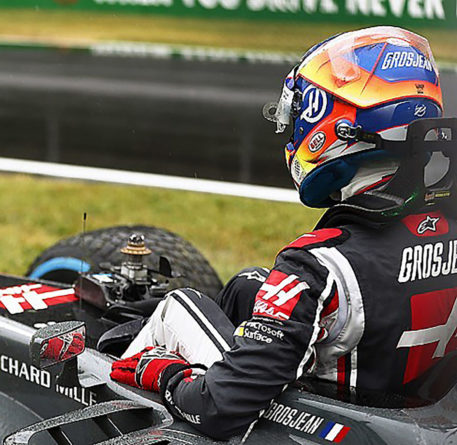 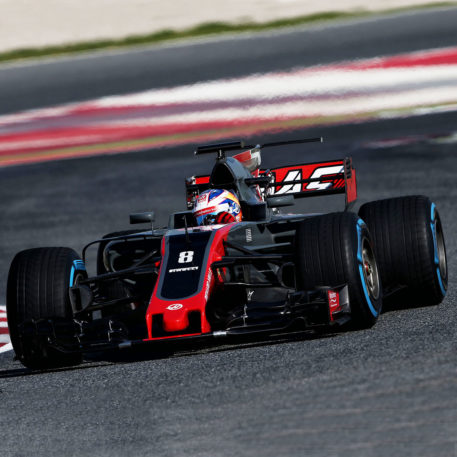 This Bell was worn by French driver Romain Grosjean during his second season with the American Haas F1 Team. Grosjean a former Formula Renault, F3 and GP2 Champion, got his opportunity in F1 driving for Team Lotus and had breakout year in 2013 where he had six podium finishes. When team owner Gene Haas formed and launched the Haas F1 team in 2016 he offered Grosjean his number one driver position. As to date (2019 Season) Grosjean has now been the teams lead drive for four seasons.
The Bell HP7 Carbon Helmet has a terrific blue, white and red/orange airbrushed design painted by BS designs. It has the Haas F1 Team logos on the chin and both sides. There is a Haas Automation branding to the top of the helmet and lettering to the visor strip. Sponsor decals of Neonec and Microsoft are applied to the sides and visor respectively. There is Grosjean’s race number 8 in glitter silver to the top back and his name in white to the rear. The helmet also shows Grosjean’s #R8G twitter tag below the eyeport as well as #JB17 tag to the top of the helmet in memoriam to the late Jules Bianchi. The Helmet comes personally signed by Romain Grosjean.
This stunning looking helmet would be a great addition to any collection.
We also have a matching 2017 suit is also available.