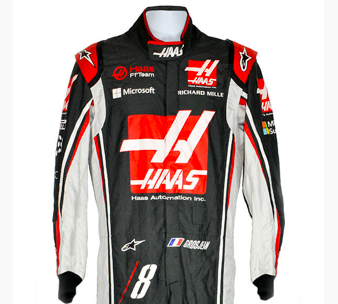 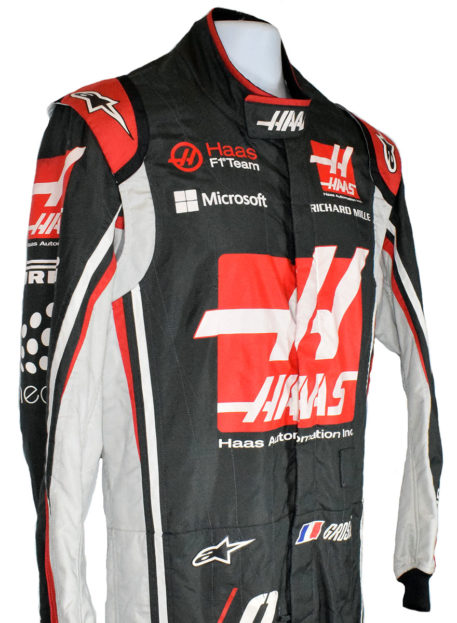 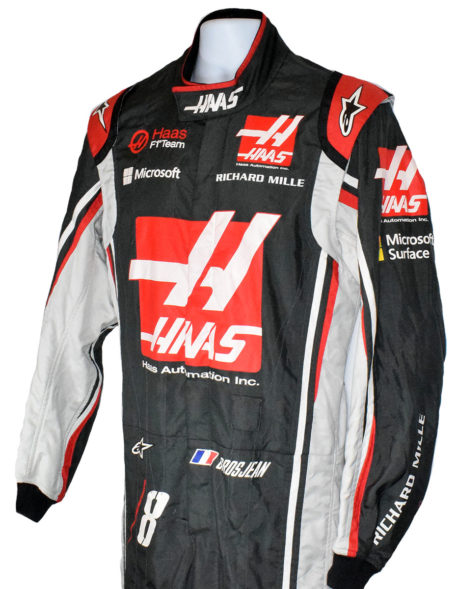 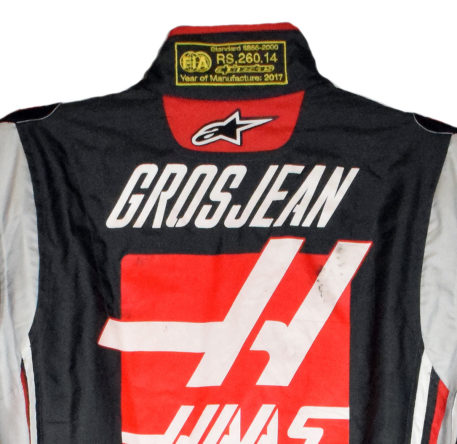 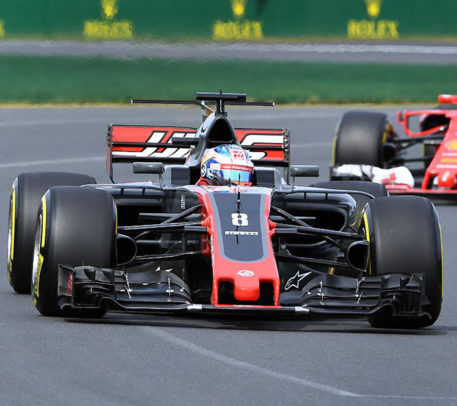 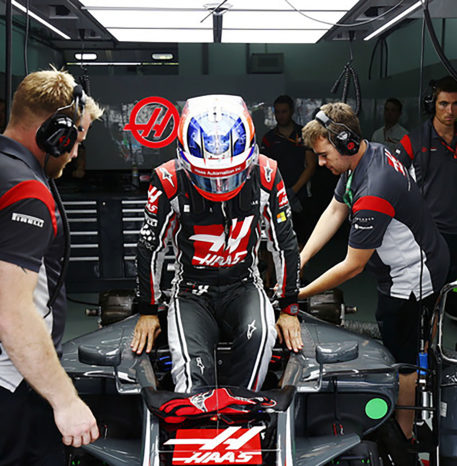 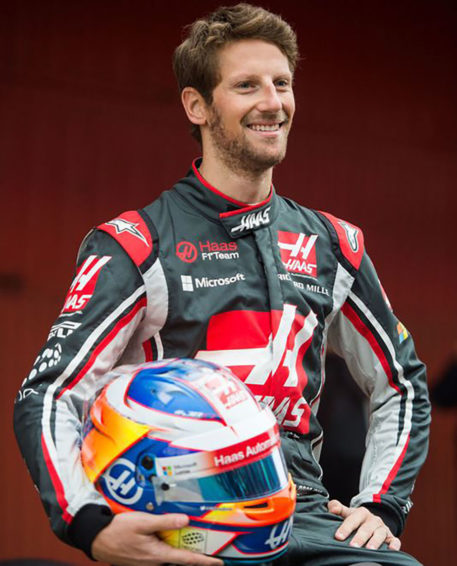 This lightweight AlpineStars suit was worn by French driver Romain Grosjean during his second season with the American Haas F1 Team. Grosjean a former Formula Renault, F3 and GP2 Champion, got his opportunity in F1 driving for Team Lotus and had breakout year in 2013 where he had six podium finishes.

When team owner Gene Haas formed the Hass team he offered Grosjean his number one driver position. Grosjean, going into the 2019 season, has now been with the team for four years.

This mainly black suit has off white inner arms and side band running down the suit length. There are also red flashes on arms, legs neck and sides. Haas Automation Inc printed logos feature prominently on the suit (front, back and arms). Other sponsor/supplier brandings including Microsoft, Richard Mille are also printed on the chest and arms. Grosjean name is on the waist and high on the back. His race number 8 is on the top of the left leg.

Great looking suit that would be a great addition to any collection.