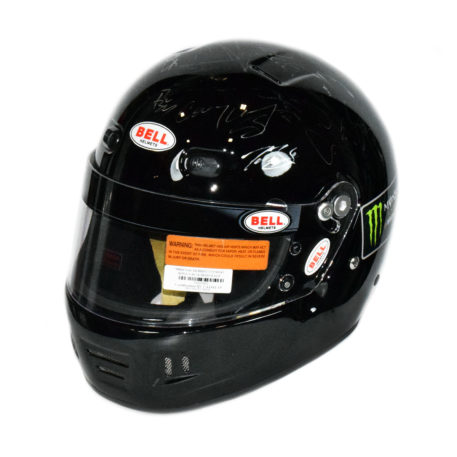 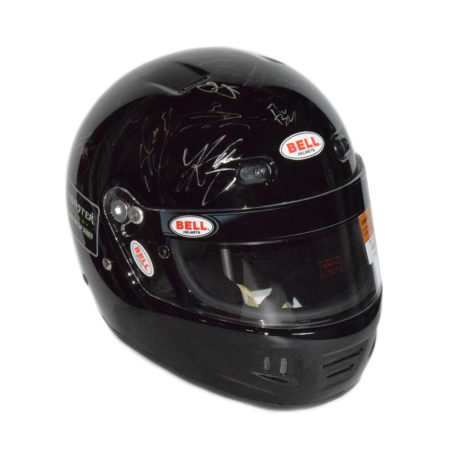 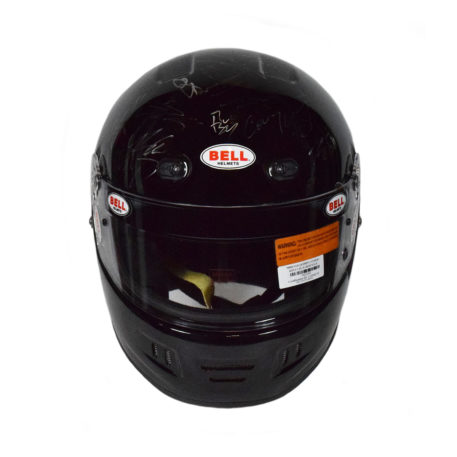 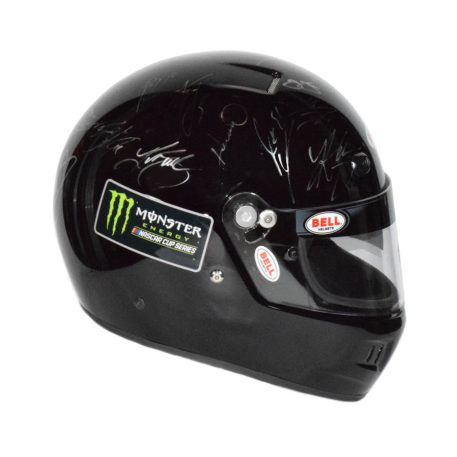 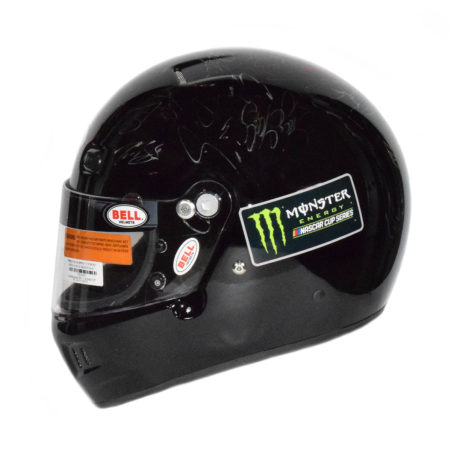 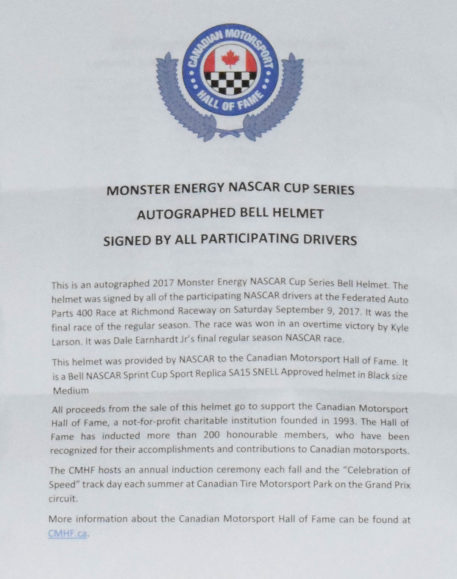 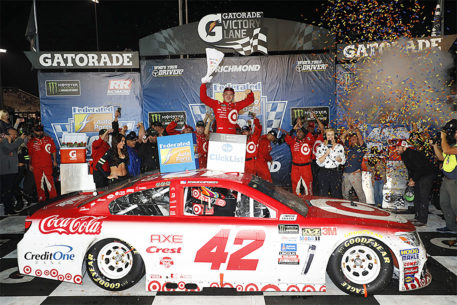 This helmet was signed by many of the Monster Energy NASCAR Cup drivers that took part in the running of the 2017 Federated Auto Parts 400 at the Richmond Raceway in Virginia. This race is the finale of the regular Monster Energy cup season. It was the 26th race of the 2017 Monster Energy NASCAR Cup Series season, and the final race of the regular season before the playoffs. The race was won by Kyle Larson driving for Chip Ganassi Racing. It was contested over 403 laps, extended from 400 laps due to an overtime finish.
The all Black Bell helmet has Monster Energy NASCAR Cup decals applied to either side and has been signed in silver sharpie by the drivers. The helmet was then auctioned to raise funds for the Canadian Motorsport Hall of Fame and comes with an accompanying letter from the CMHOF.