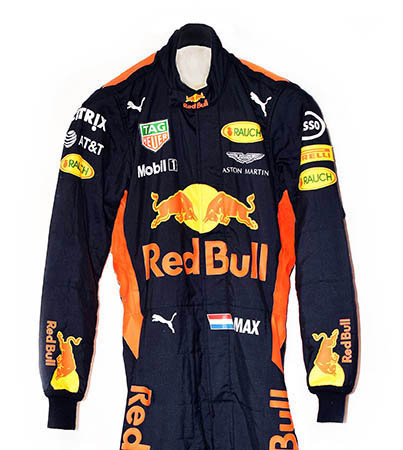 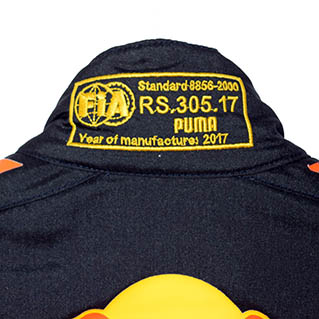 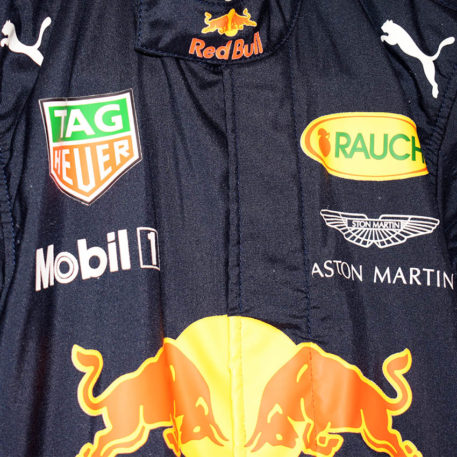 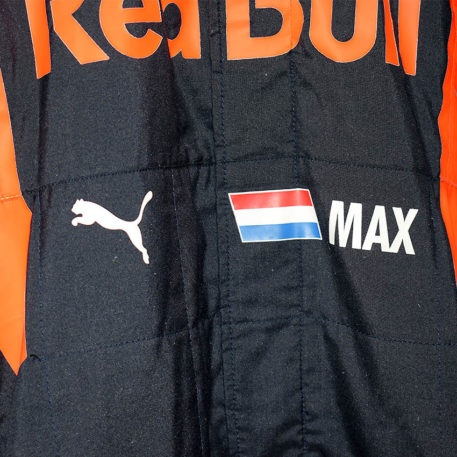 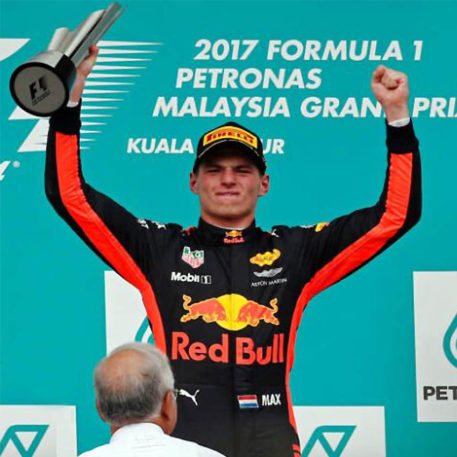 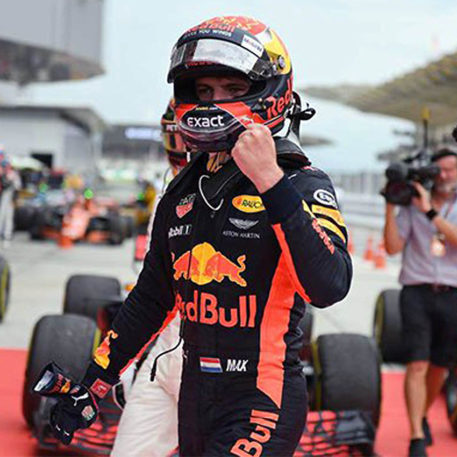 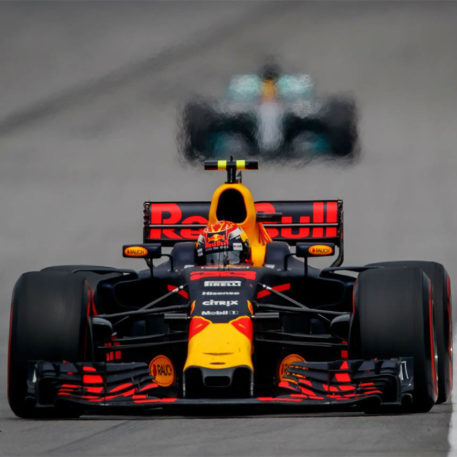 Race worn suit used by the youngest driver (to date) to ever to win a Formula 1 Championship race Max Verstappen.

This suit was used in 2017 Verstappen’s second season with the Red Bull Racing team and showed with the right equipment he is and will be a force to be reckoned with. If it wasn’t for the mechanical retirements through the 2017 season Verstappen would surely have been vying for the Championship. In the races he did finish in he notched two wins and had top five finishes in all but one. There is little doubt that Verstappen will win a Formula 1 World Championship in the very near future.

This great dark blue light weight Puma racing products suit has team owners ‘Red Bull’ energy drink logos printed prominent on the suit (front, back legs and arms) as well as many other sponsor/suppliers printed logos including Mobil/Esso/Aston Martin and Rauch. Verstappen’s name and national Dutch flag is applied to the waistline.

This is a rare opportunity to own a Max Verstappen race worn suit as he prefers to hold onto most of his used equipment.

Suit comes with a Certificate of Authenticity.