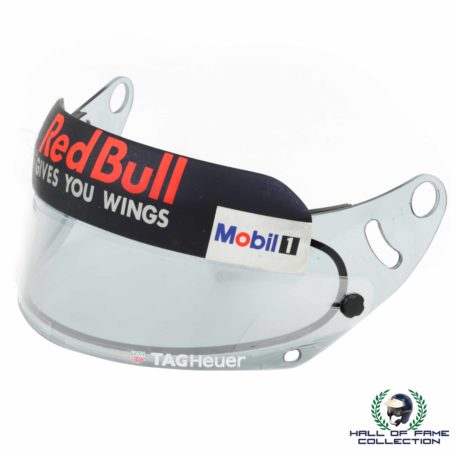 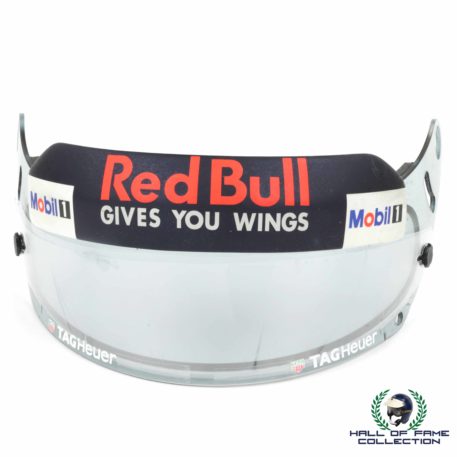 The top of the visor has a carbon fiber panel attached to it with Red Bull’s ‘Give You Wings’ branding and oil supplier Mobil 1 logo on it. Tag Heuer logos are on the bottom part of the visor. The lightly tinted visor is a double screen, anti-fog version, which are typically used during races that could have rain or high humidity, to help with minimizing fogging of the visor.