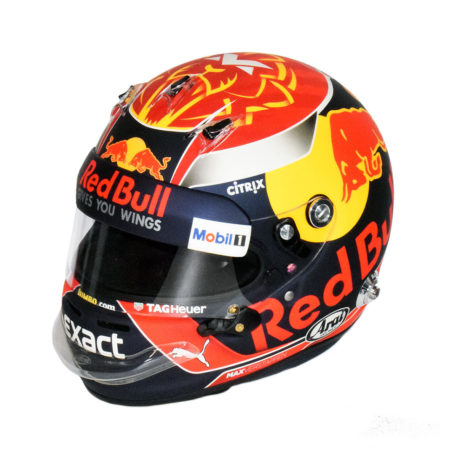 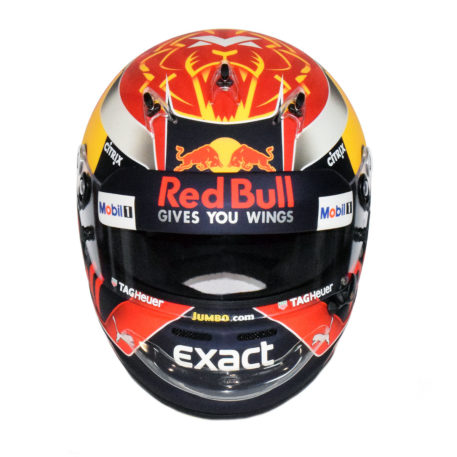 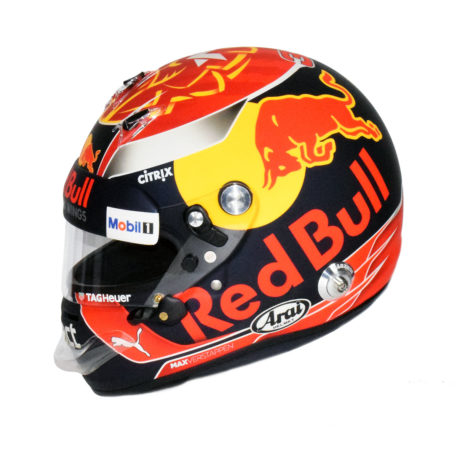 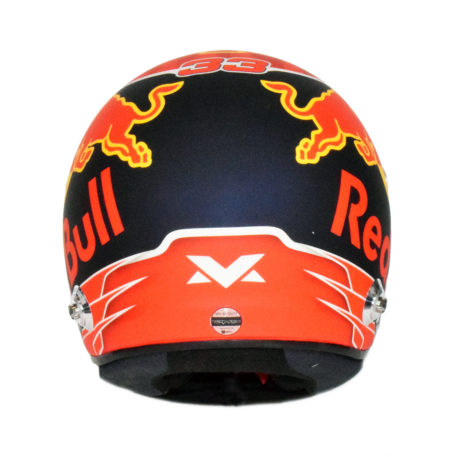 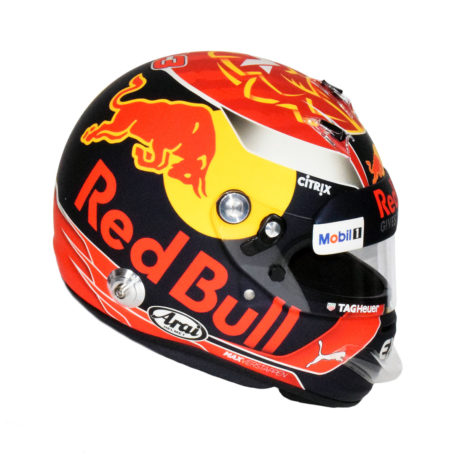 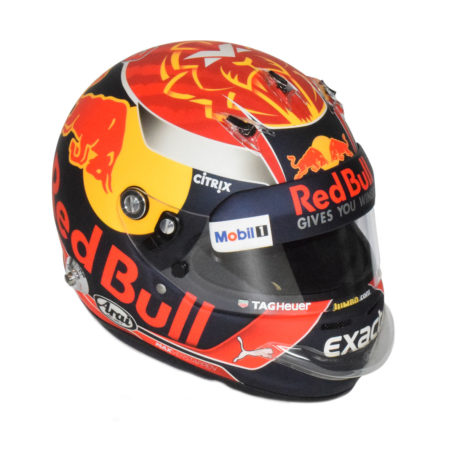 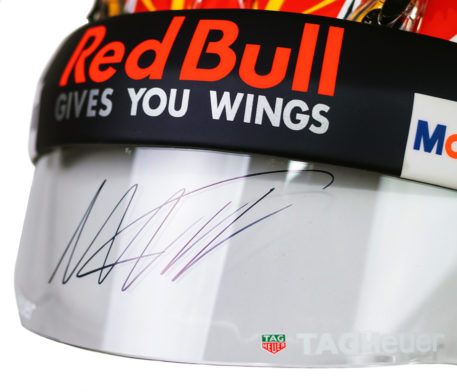 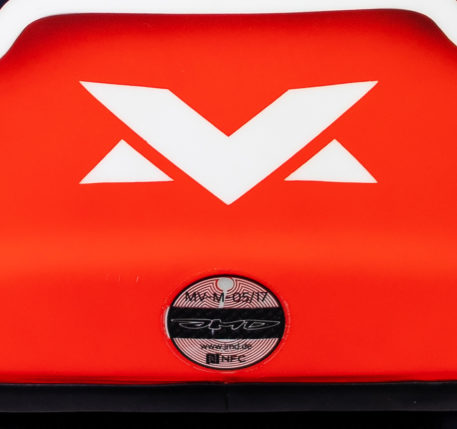 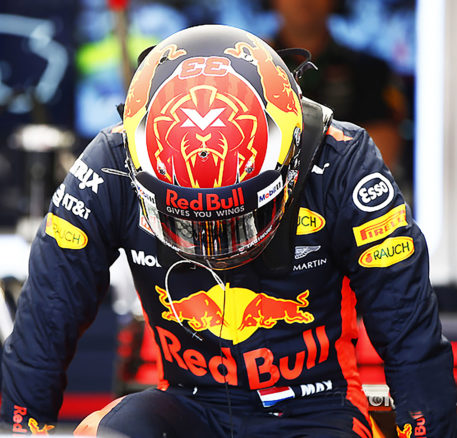 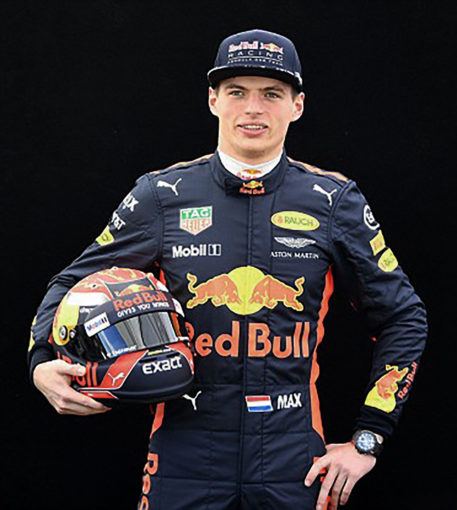 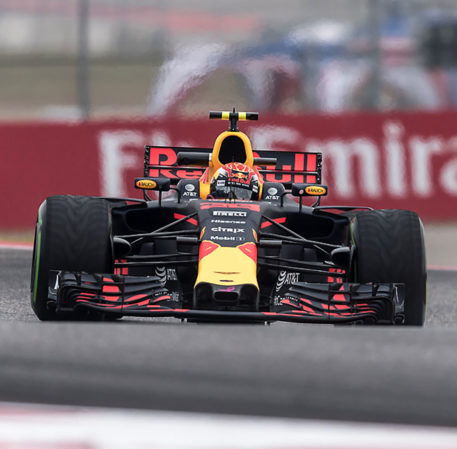 Fantastic Max Verstappen Arai media helmet. This helmet is painted by Jens Munser Designs and is an exact replica of the race helmets used by Verstappen during the 2017 F1 season driving for Red Bull Racing. The helmet has the JMD sticker on the back and it’s marked M for Media. This helmet was used for various events by Verstappen and the team. Its dark blue base color has a red graphic band with flashes coming off the bottom sides of the eye-port which runs around its bottom. The band has Verstappen’s name along the sides and on its top is a red circle edged in white within which is a ‘Dutch Lion’ in yellow, which has Verstappen’s logo as its eyes. At the back of the circle is Verstappen’s race number 33. Verstappen’s logo also appears to the rear of the helmet. Red Bull ‘charging bull’ logos feature prominently on both sides and the top front. The sponsor logos of Exact, Jumbo, and Puma are placed around the chin, with Red Bull, Mobil 1 and Tag Heuer applied to the visor. The helmet is finished in an eye-catching, all-over matt finish.

This remarkable piece would be a great addition to any collection, as Max’s/Red Bull helmets very rarely come on to the open market so this very is a rare find. This helmet visor has been hand signed by the Dutch F1 star and comes with a Certification Of Authenticity.