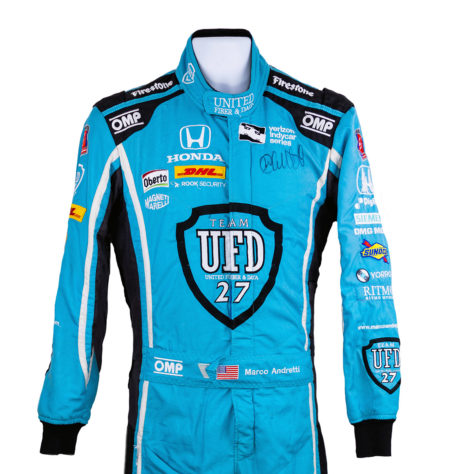 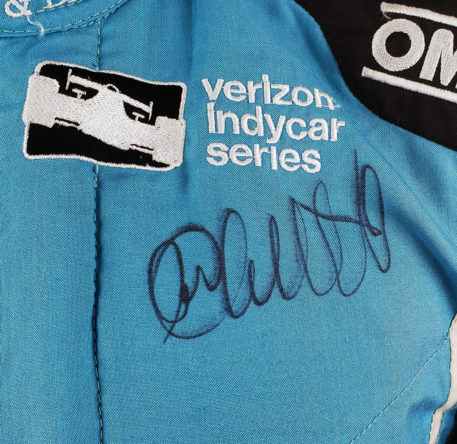 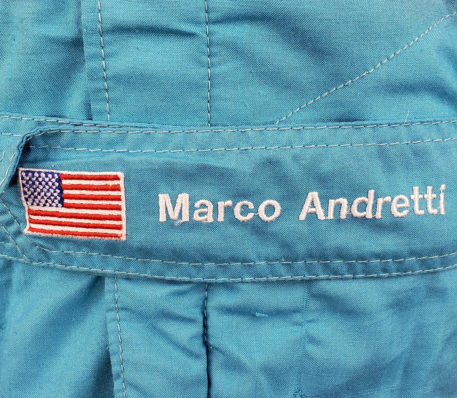 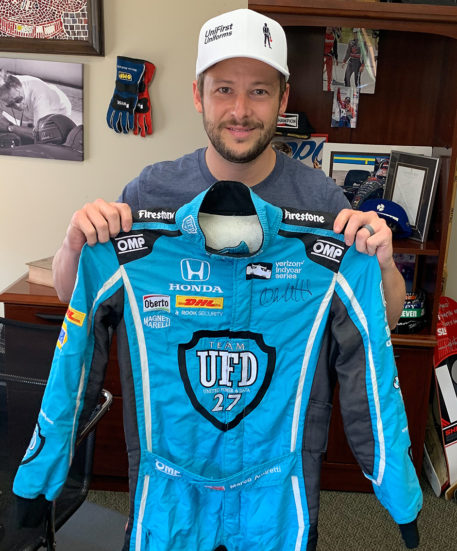 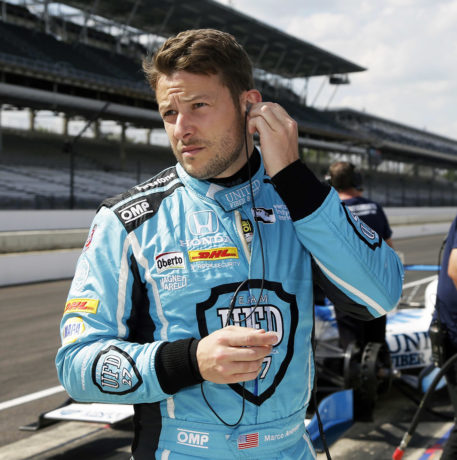 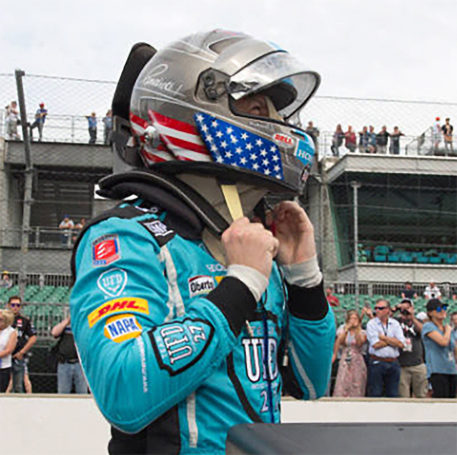 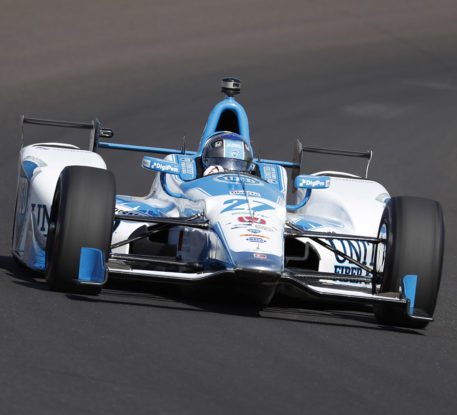 This OMP race suit was used by Marco Andretti in several events during the 2017 IndyCar Series racing season.

The suit comes in the corporate light blue & white colors of Andretti Autosport sponsor United Fiber & Data, with its branding logo featured prominently on the front. The suit also has black side and back panels as well as black cuffs and trim.

There are many other sponsor/suppliers branding logos on both arms and chest including ones from DHL, Napa, Oberto, and Ritmo, to name a few. Andretti’s name and the ‘Stars and Stripes’ are embroidered onto the waist belt.

The suit has been signed by the third-generation star and would be a great addition to any collection.

It comes with a Certificate of Authenticity.