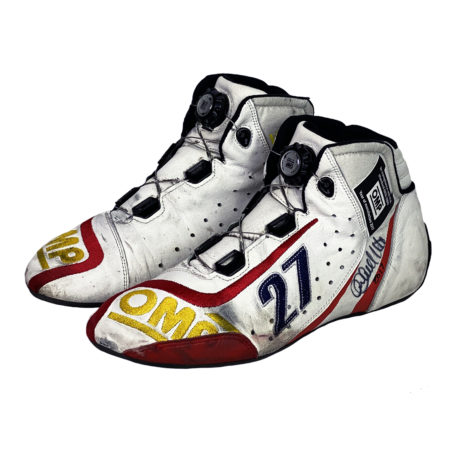 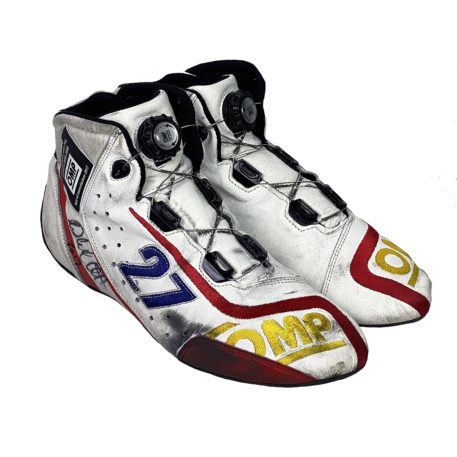 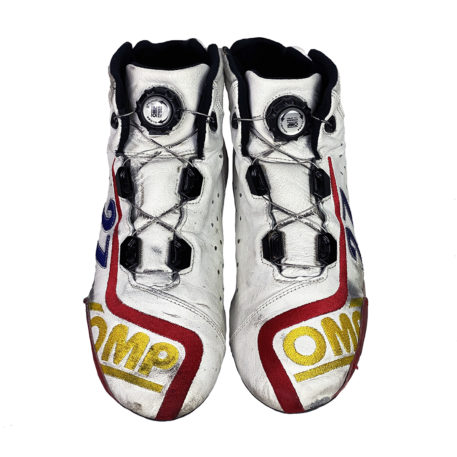 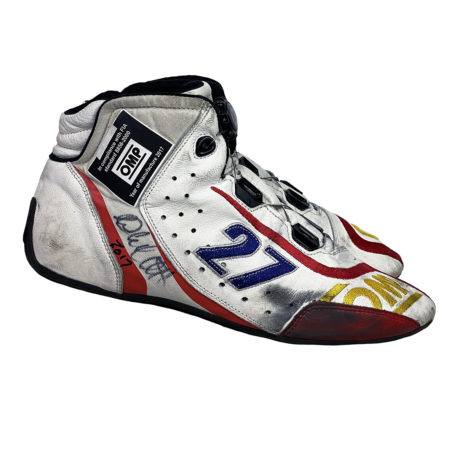 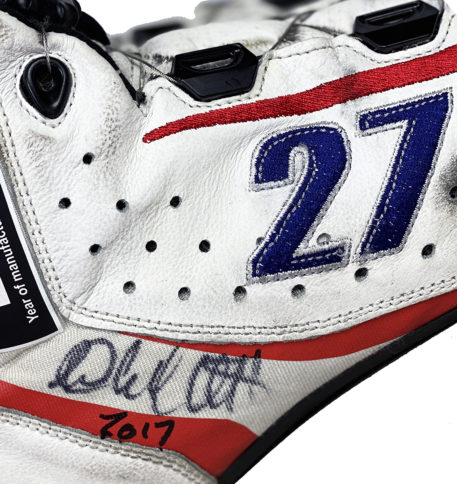 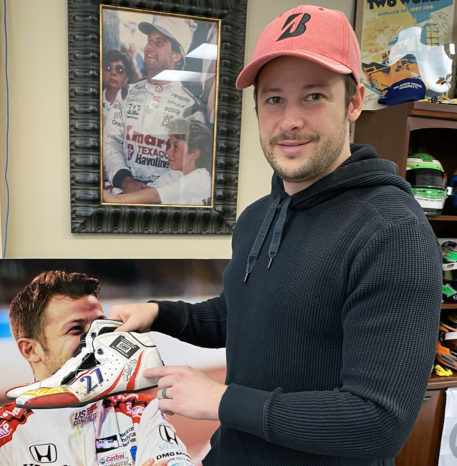 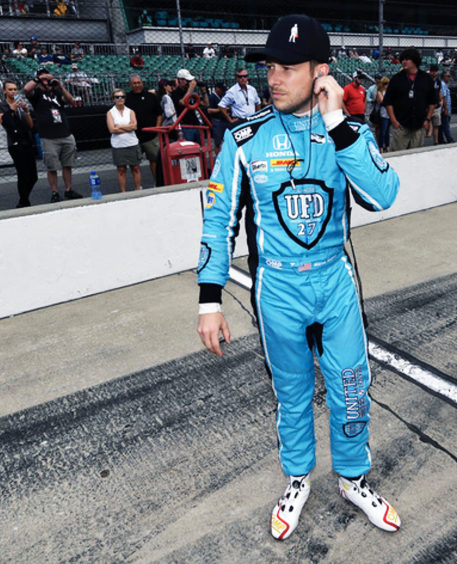 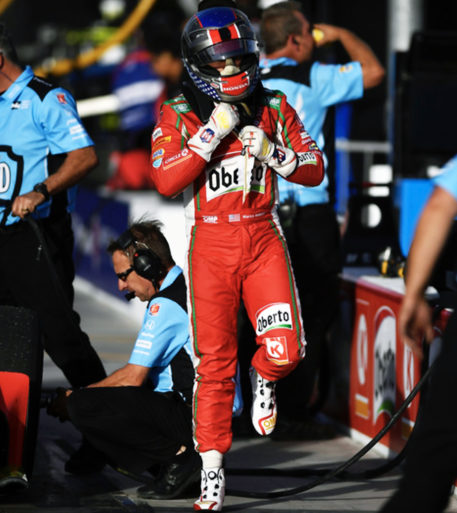 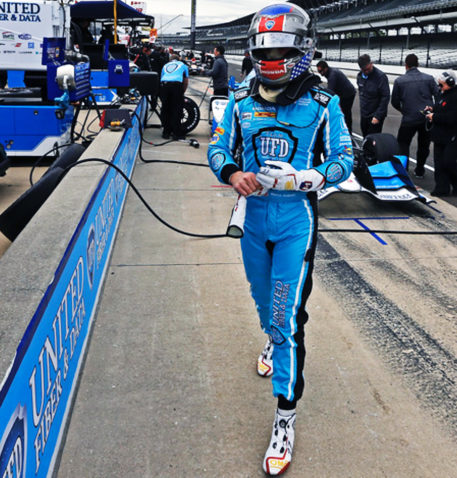 Pair of OMP race boots worn by Andretti family member Marco Andretti during the 2017 IndyCar series. Throughout the season Andretti’s car and equipment sponsorship livery’s would change repeatedly. Andretti chose to wear this style of white boot to go along with the many changes of corporate colors his Andretti Autosport machine would see.

These great ONE EVO Formula R boots show heavy wear as they were used extensively and would have seen plenty of action throughout the season. The perforated white kangaroo leather boots have an innovative ‘dial’ lace-up system. They are decorated with red front flashes and two red side stripes which sandwich a silver ankle shaft panel. There’s also a red leather protective panel sewn to the outside toe areas. The boots have Andretti’s race #27 on both outer sides and OMP branding embroidered on the top of the toes.

Marco Andretti has personally signed and dated each boot and they come with a full Certificate Of Authenticity.