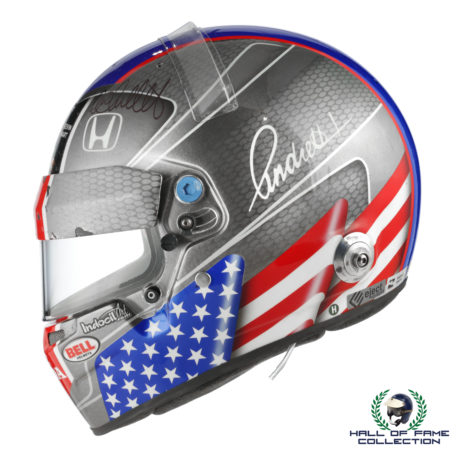 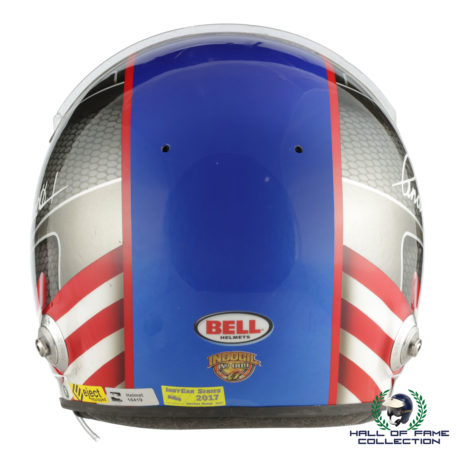 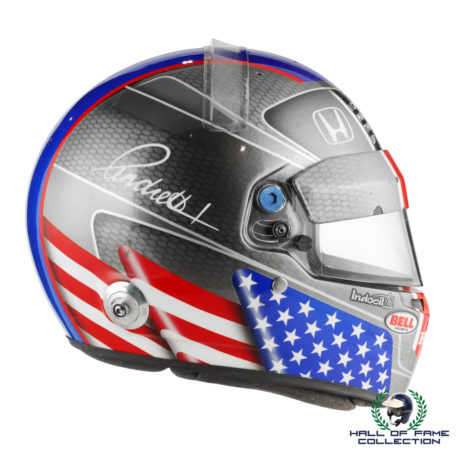 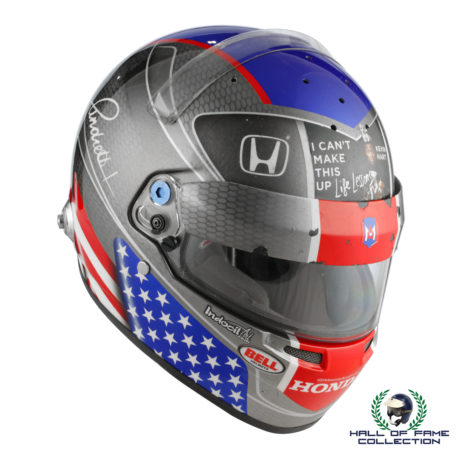 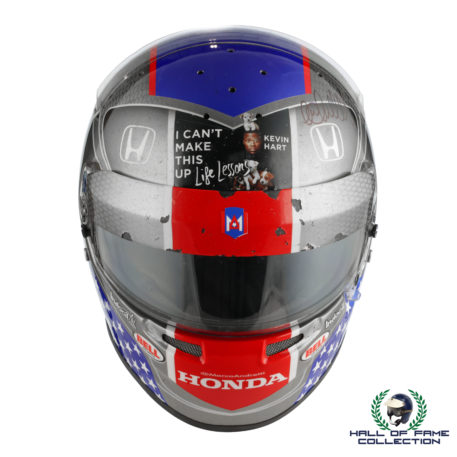 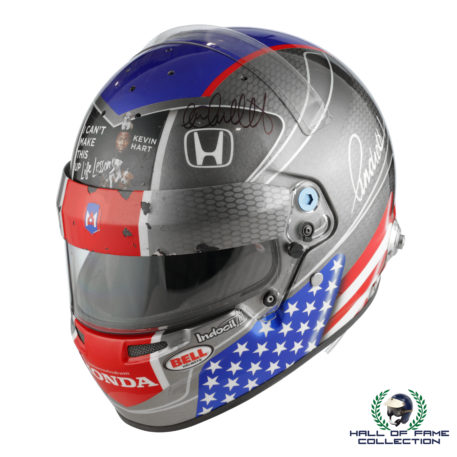 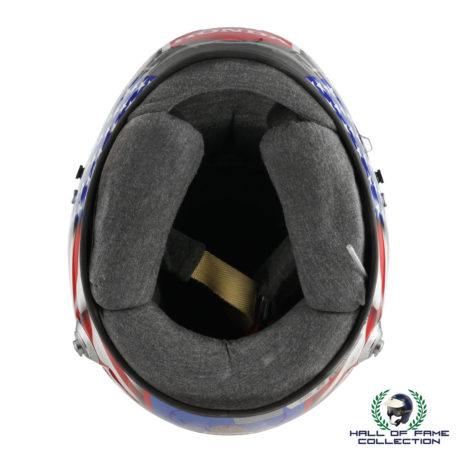 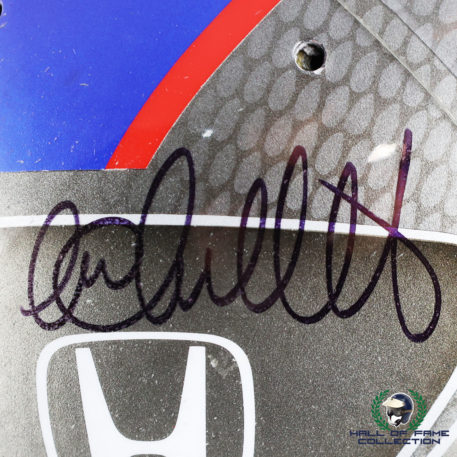 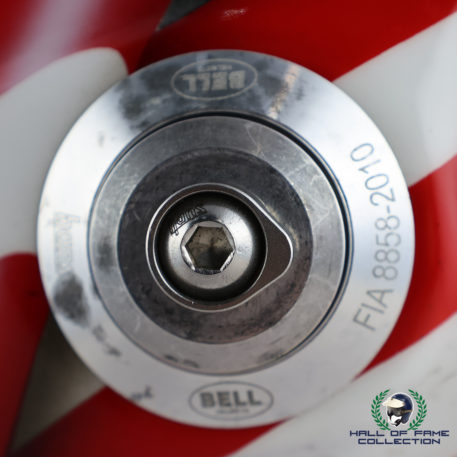 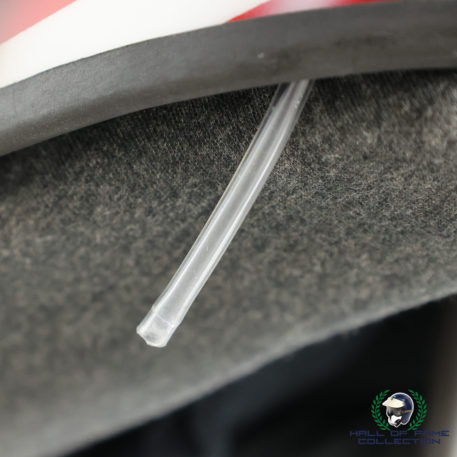 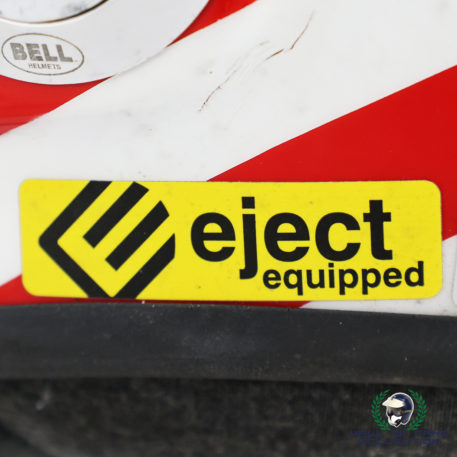 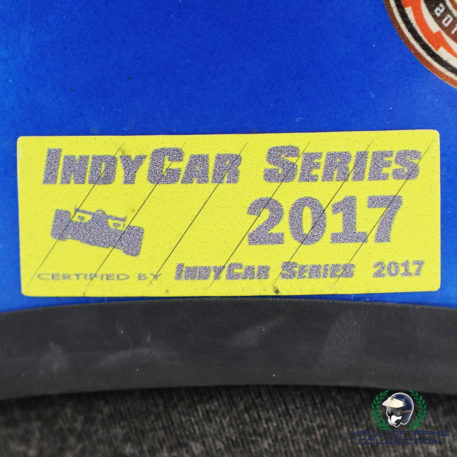 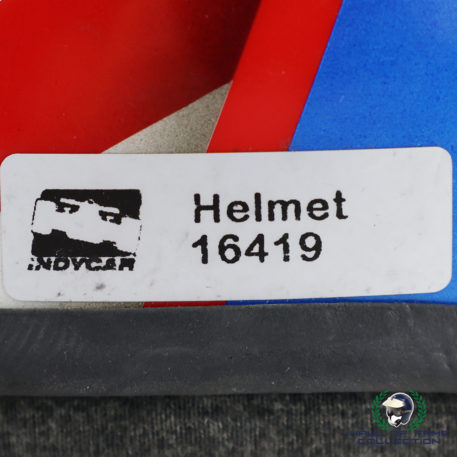 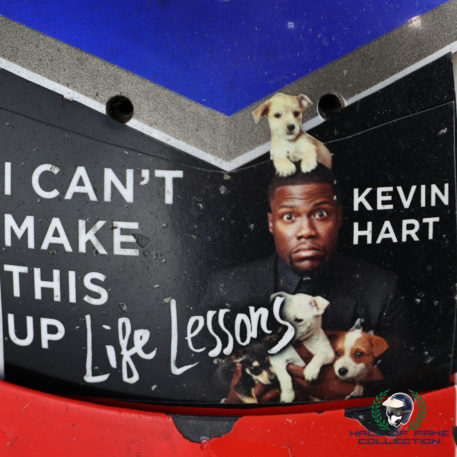 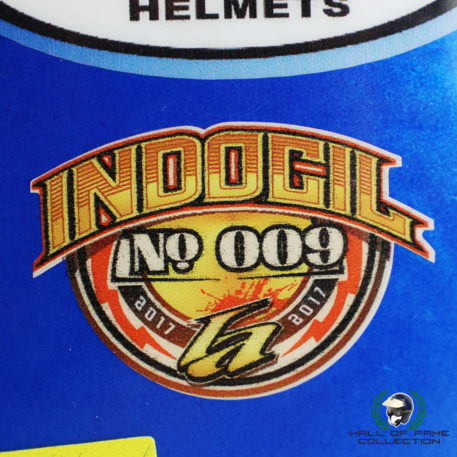 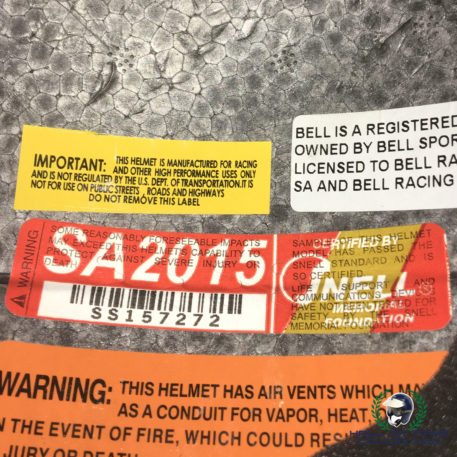 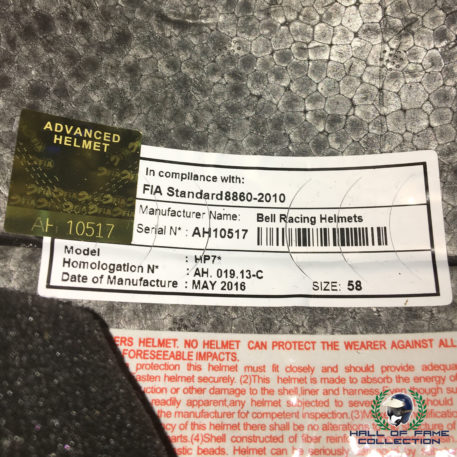 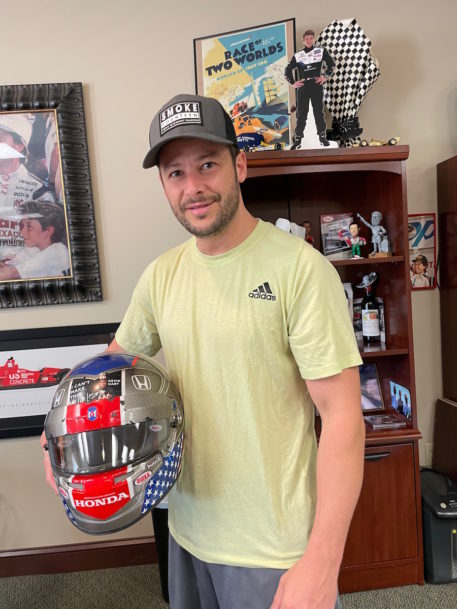 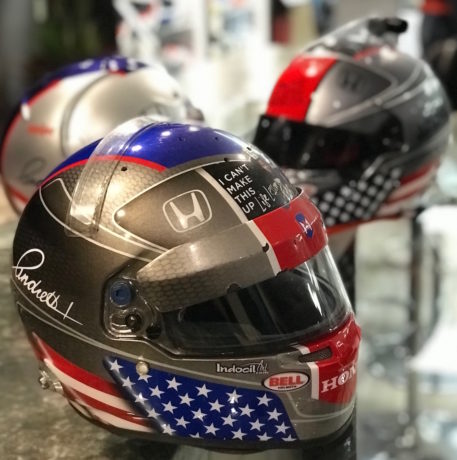 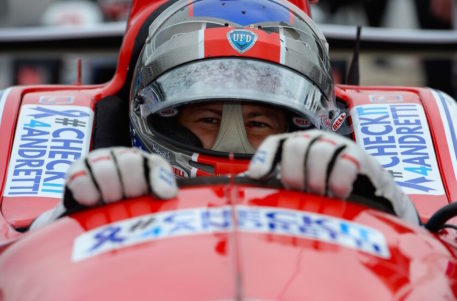 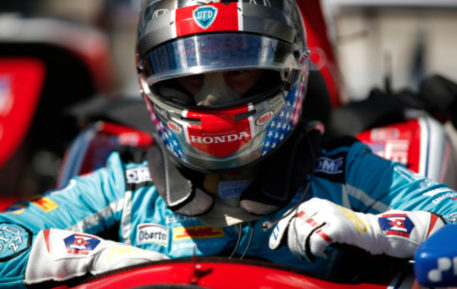 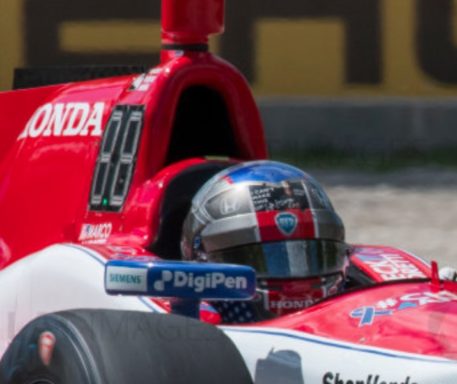 Original Bell HP7 helmet worn by Marco Andretti while competing at the Elkhart Lake, Detroit and Texas IndyCar races in 2017. The helmet had minor changes in sponsorship stickers along the way, between races. During the season Marco would score 5 top-ten finishes and placed 12th in the drivers’ standings at season’s end.

The helmet has the iconic silver-based Andretti design painted by Indocil Art. It has a wide red chevron stripe, edged in white, running down the front and an even wider blue metallic stripe, edged in red, running across the top and to the back of the helmet. The ever-present ‘Stars & Stripes’ features around the sides of the helmet as do lines of silver ‘Indy Bricks’ on either side of the blue stripe. It has branding logos for comedian Kevin Hart and engine supplier Honda just above the visor. All IndyCar tech stickers are still applied as well.

This helmet is personally signed by the 3rd generation Andretti racer and comes with a full Certificate Of Authenticity.