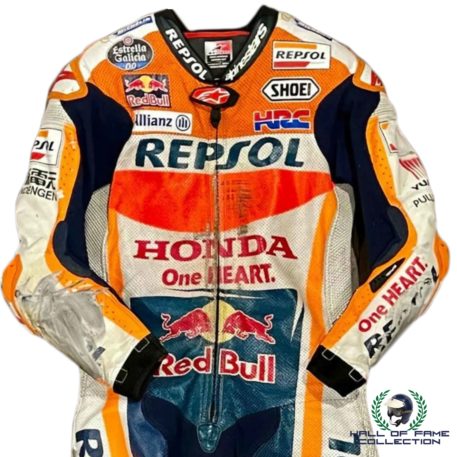 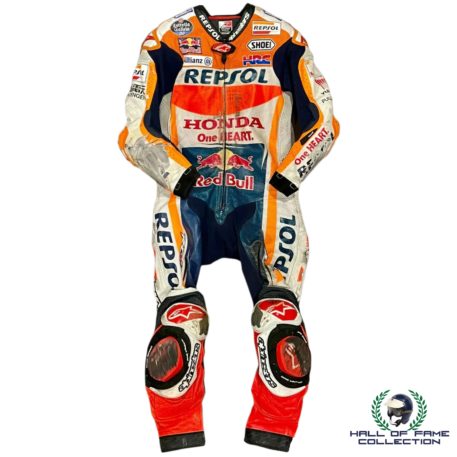 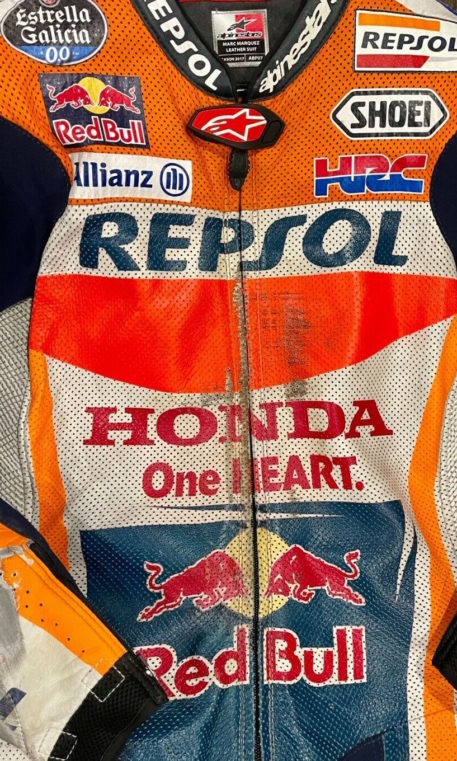 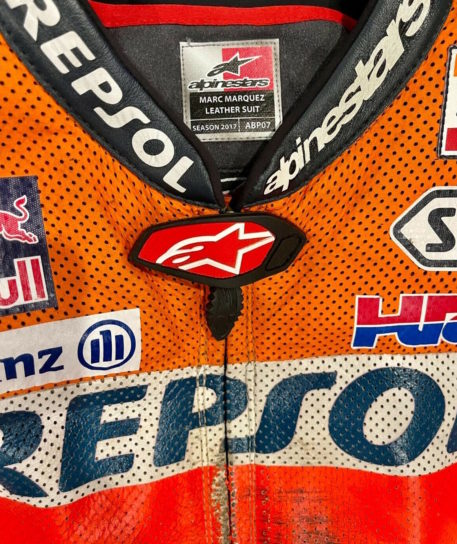 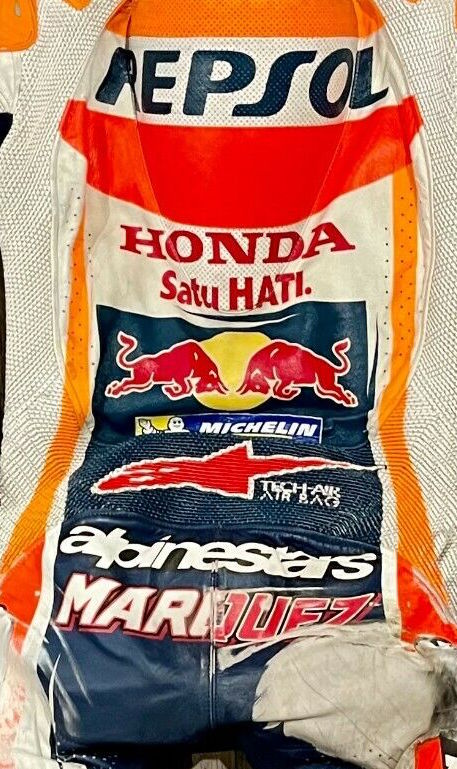 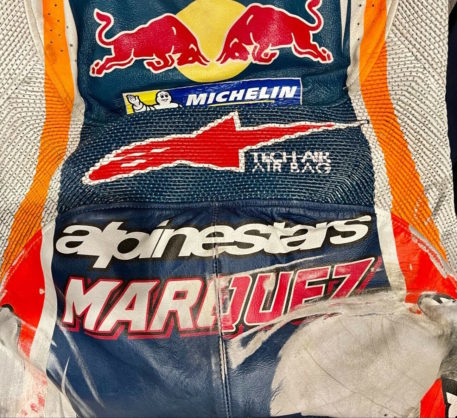 Marquez wore these during the 2017 MotoGP season where he clinched his 4th premier class World Championship title. After winning Championships in 125cc and Moto2, the Spaniard burst onto the MotoGP scene in 2013 picking up 6 victories and the World Championship in his rookie season. In 2014 he repeated as Champion and in 2015, after a series of crashes, he handed the opportunity to Jorge Lorenzo who would defeat Marquez for the MotoGP title for the first time in his career.  2016 saw him back on top winning 4 more Championships along the way, capping the most dominant era in the sport’s history. In 2020 he suffered a crash in the first round that sidelined him for the season but he’s back in the saddle now looking for revenge in 2021.

When it comes to collecting memorabilia, this might be the most rare set of leathers we have ever seen. Almost zero items from Marquez’s career have been made available in the past and we are very proud to offer this fantastic item today.

The leathers show extensive signs of wear and even crash damage.

They come complete with a Certificate Of Authenticity.

Serious inquires only to [email protected]