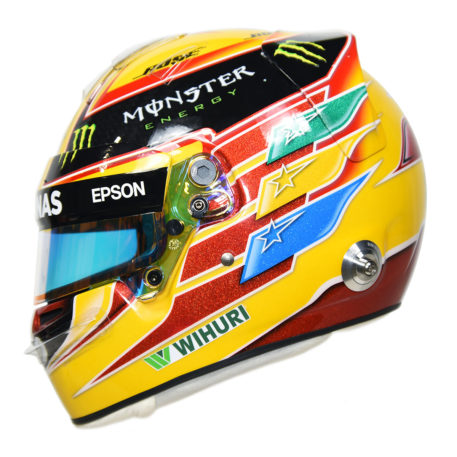 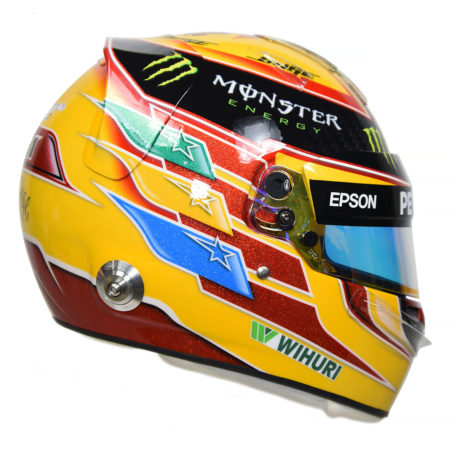 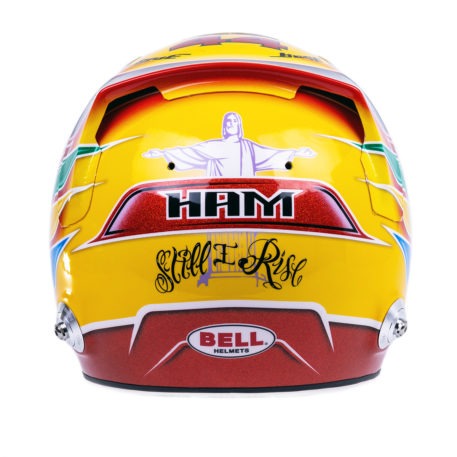 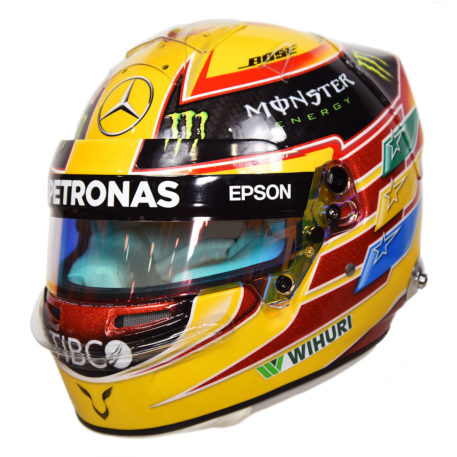 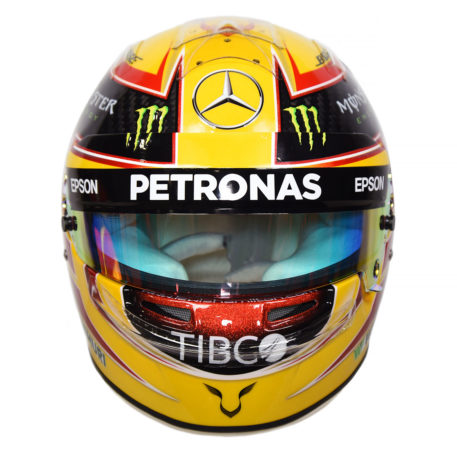 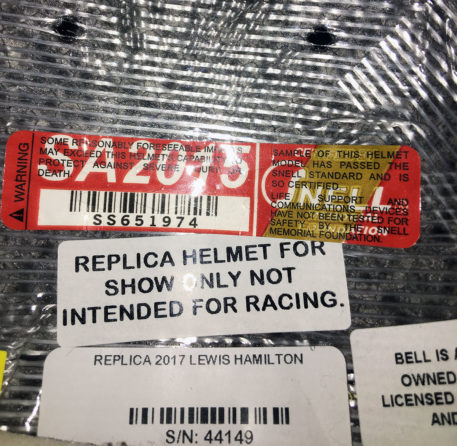 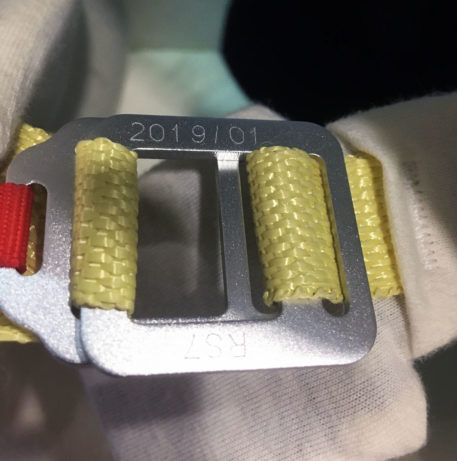 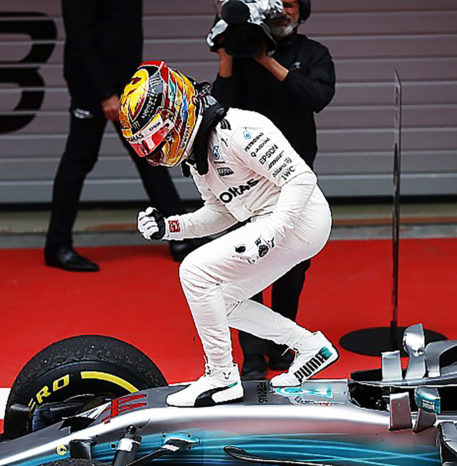 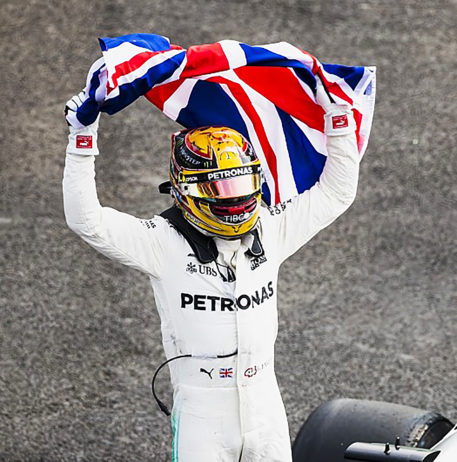 A truly stunning official replica helmet that is identical to ones used by (at this time) the six-time Formula One World Champion Lewis Hamilton. Driving for the Mercedes AMG Petronas Motorsport team, Hamilton won nine races, started from pole position eleven times, and scored thirteen podiums in the 2017 campaign, clinching his fourth Formula One title.

This very limited edition Bell RS7 helmet’s base color is in deep yellow. It has apple red side stripes on the sides, as well as three other stripes and stars, representing his three championship wins to date, in green, yellow, and blue. A red section was added in the front, below the visor, with the ‘HAM’ name abbreviation lettering. The “Still I Rise” phrase is on the back which appears on many of Hamilton’s helmets. The top has Hamilton’s logo and the number 44. It also has many sponsor/supplier decals added, including Monster, Bose, and Epsom to name a few.

This helmet would be a stunning centerpiece in any motorsport collection and is available at a fraction of the price of an actual race used helmet.  This helmet is not brand new as it was in 2017 so it may have a new imperfections here and there. It is sold as is and is still in nice condition overall. The helmet comes with a Certificate Of Authenticity.