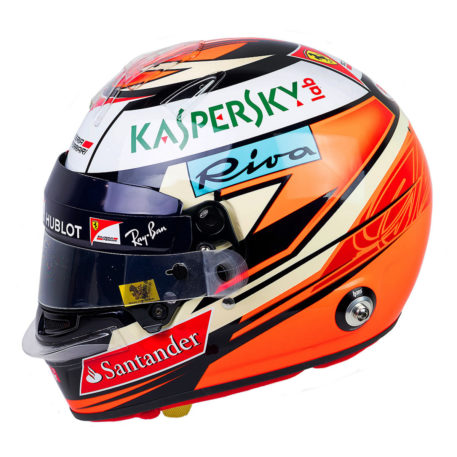 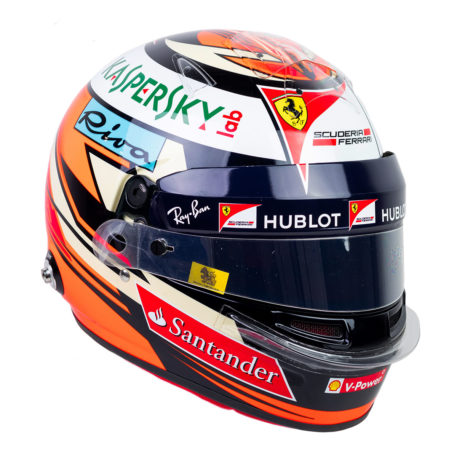 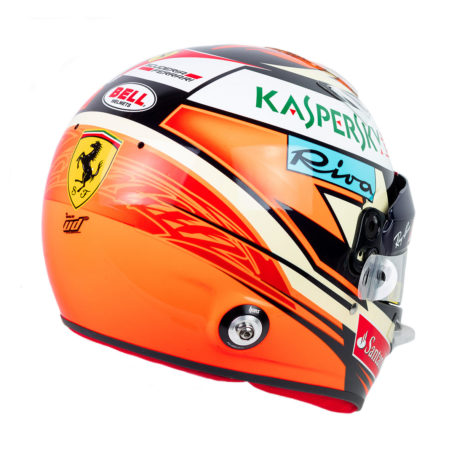 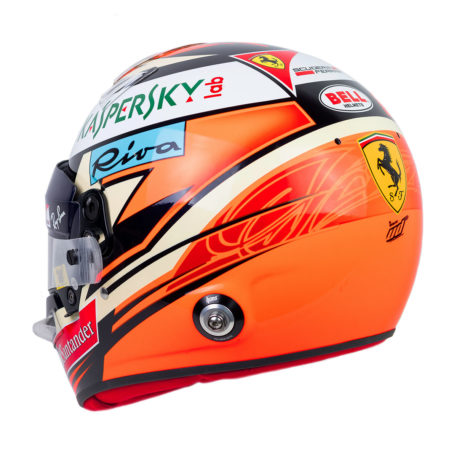 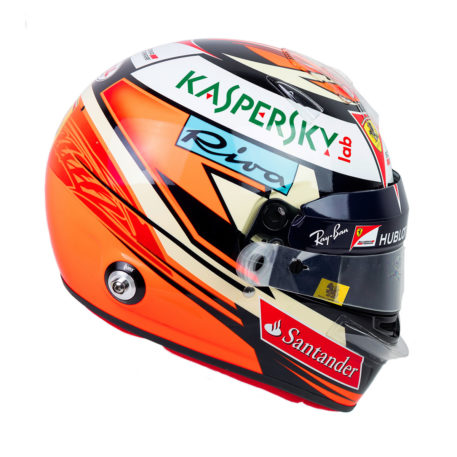 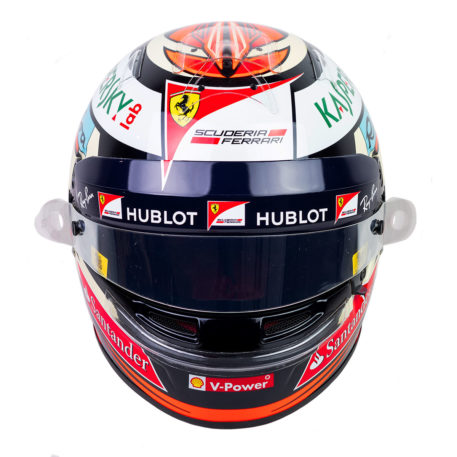 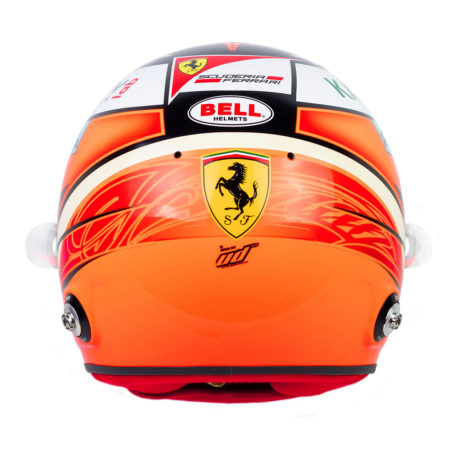 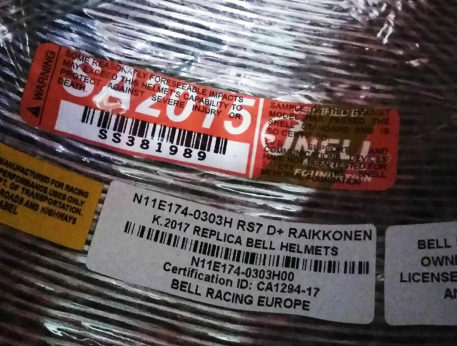 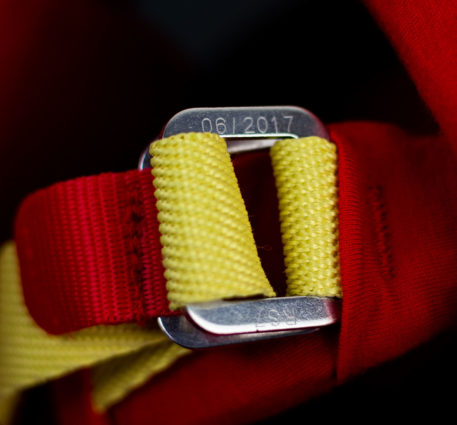 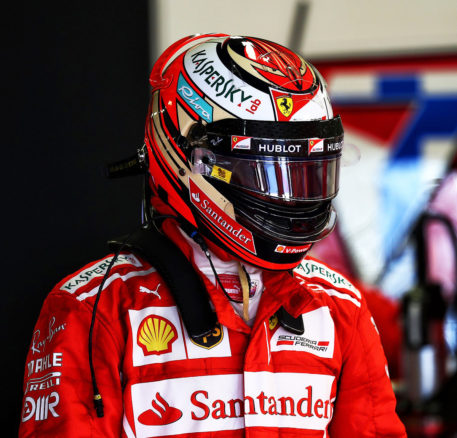 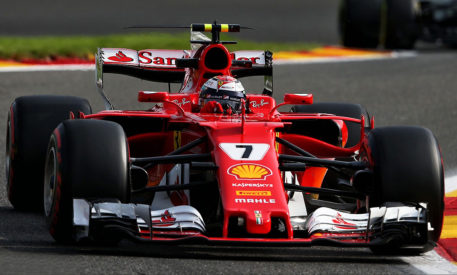 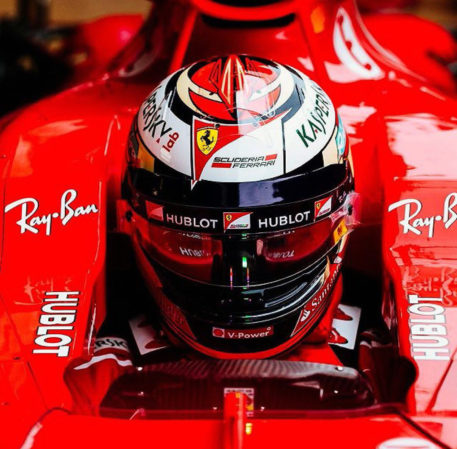 Stunning Bell Racing Products replica helmet of Scuderia Ferrari driver Kimi Räikkönen. This RS7 helmet is an exact duplicate of the helmet worn by Räikkönen during the 2017 Formula One season.

Painted by Räikkönen’s regular designer UffeDesigns, its mainly Ferrari red base color has a black and cream square graphic design around the eye-port and around the sides, with two thin bands running around the back of the helmet. There’s a thick white band running around the top that has sponsor Kaspersky’s logo on either side, as well as Scuderia Ferrari logos at the front and back on the band. The top of the helmet has Räikkönen’s signature trident insignia in red, black and cream. The Ferrari ‘Prancing Horse’ yellow shield is on the center back and Räikkönen’s “Iceman” inscription is just below this. Other company sponsor branding decals from Riva, Hublot, and Santander are also present on the helmet. All internal safety stickers are still in place to make this an accurate match to Räikkönen’s original race-worn helmets. The helmet comes direct from Bell Racing Europe and would be a focal point in any collection, at a fraction of the price of a race-used original.