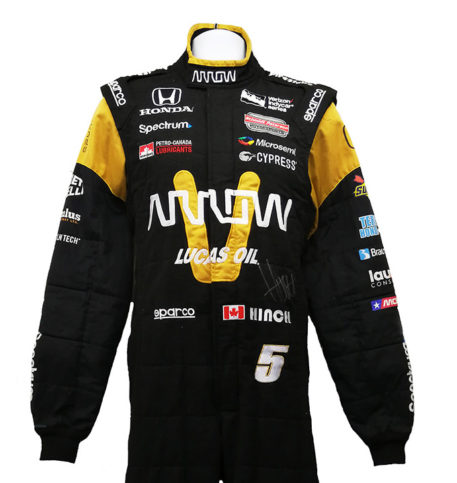 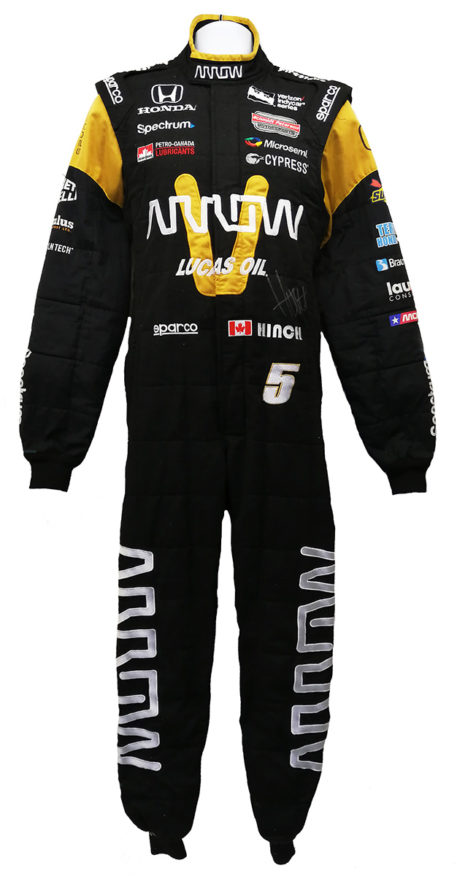 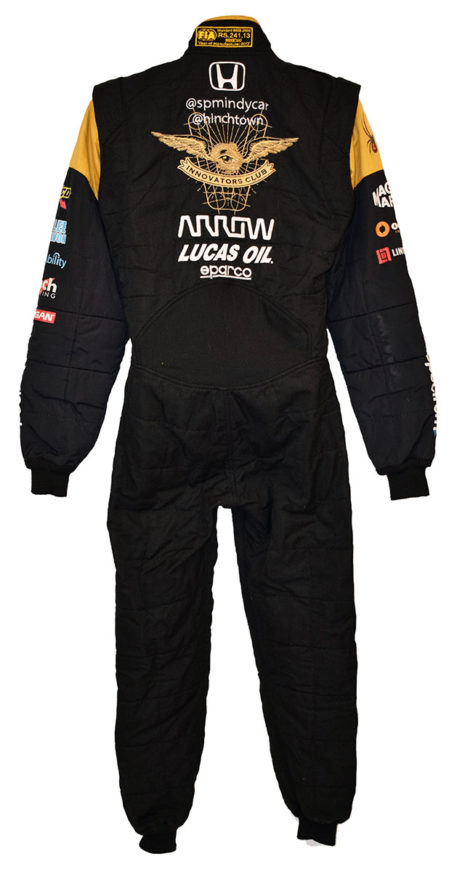 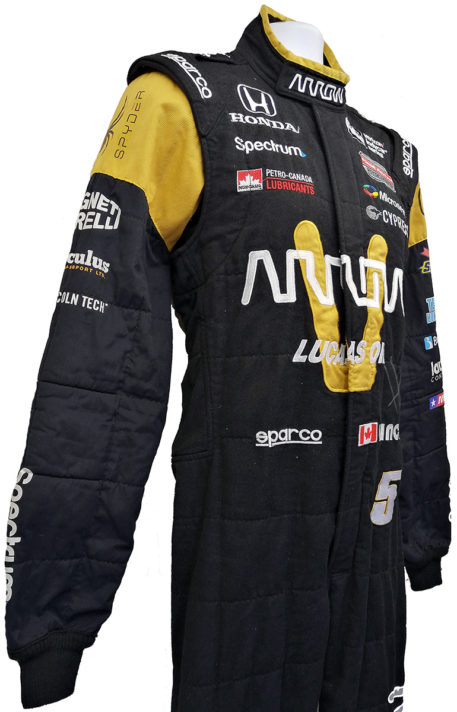 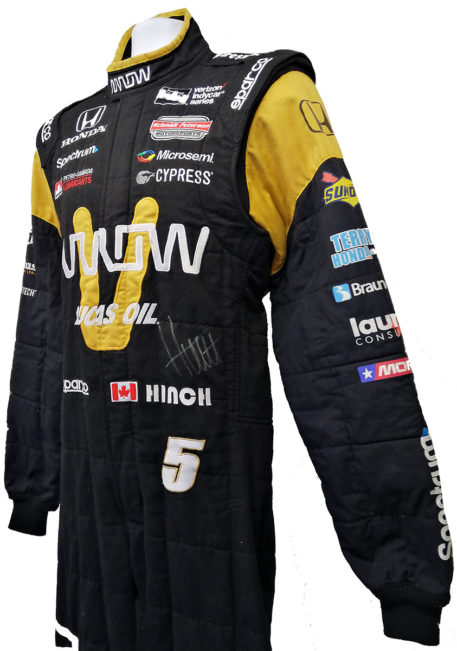 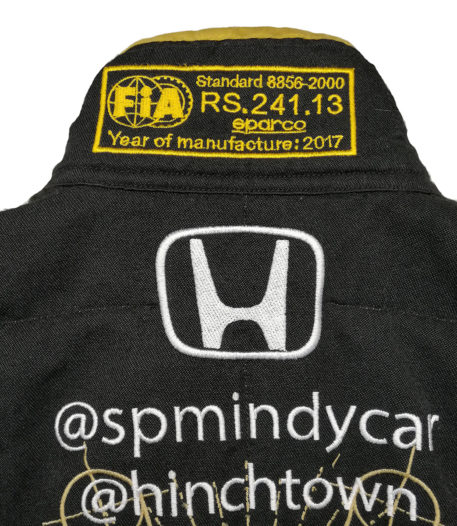 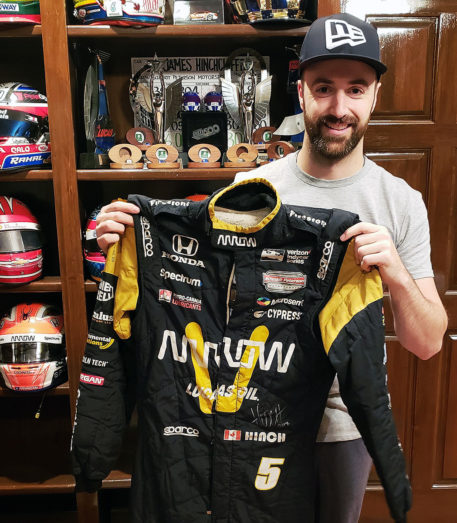 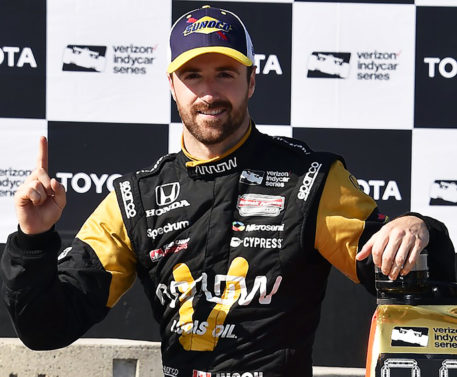 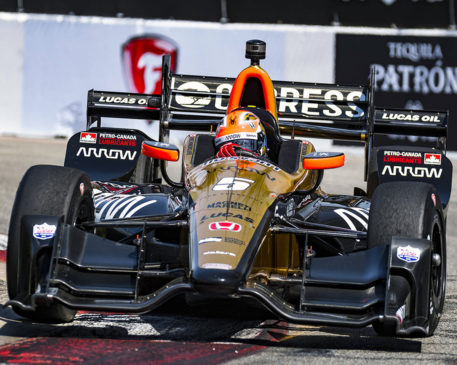 Suit used by popular Canadian IndyCar driver James Hinchcliffe. This lightweight Sparco suit was use by Hinchcliffe during the 2017 Verizon IndyCar season while driving for the Schmidt Peterson Motorsports. Team. Hinchcliffe would notch a win and a couple of third place finishes during the season.

The all black suit has gold upper arms and neck piping. There is a large gold ‘V’ to the front with the team’s major sponsor Arrow and Lucas Oil overlaid in white. The Arrow branding lettering also runs down both legs. The back of the suit there are the Arrow, Lucas Oil brandings but just above is an ‘Innovators Club’ eye with wings logo as well as @Schmidt Peterson/@Hinchcliffe tags. Hinchcliffe’s name and national flag is on the waist belt and his race #5 just below it to the left. There are many other sponsor/supplier logos to the chest and arms that include, Honda, Spectrum, Cypress and Microsemi to name but a few.

Note this is the much nicer looking stitched version of the suits James wore as opposed to the silkscreened versions. Photos of James are from 2017 season and not this exact suit.

The suit comes personally signed by James Hinchcliffe in silver sharpie on the left hip and includes a COA.