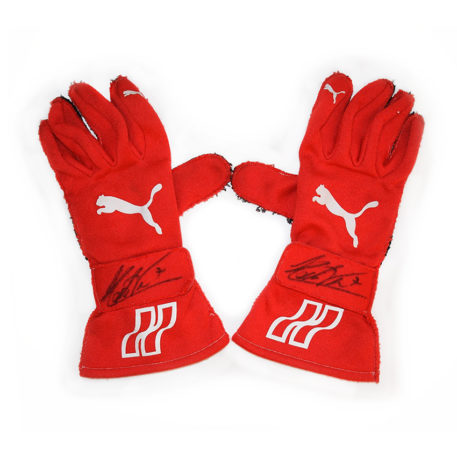 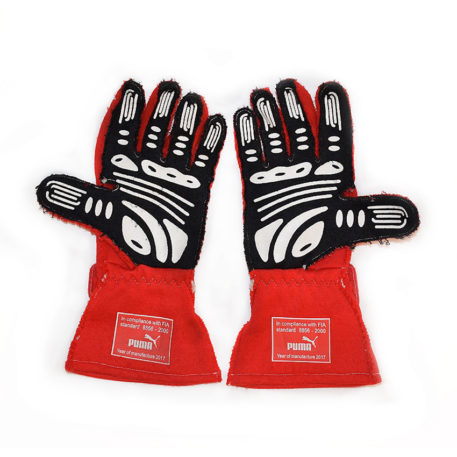 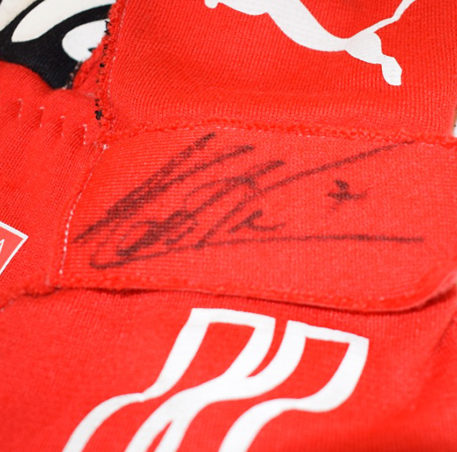 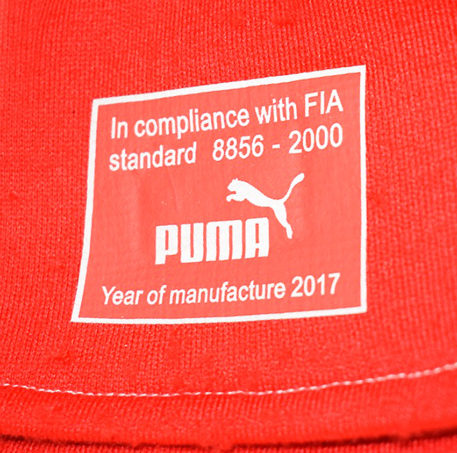 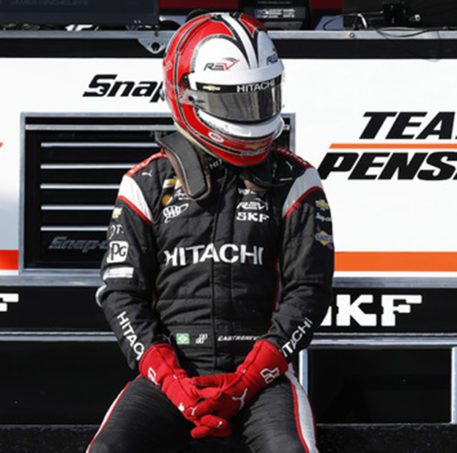 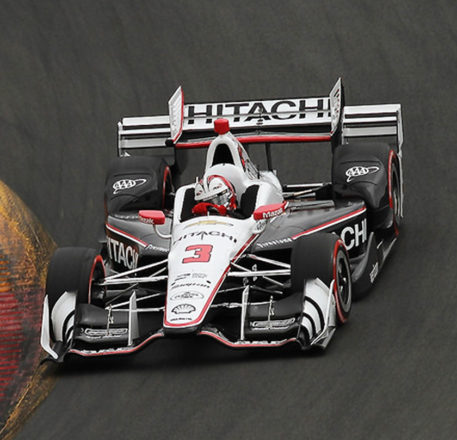 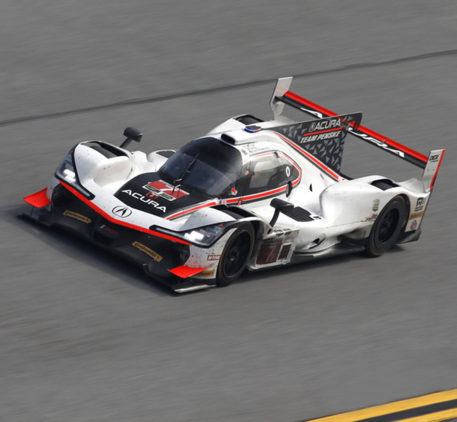 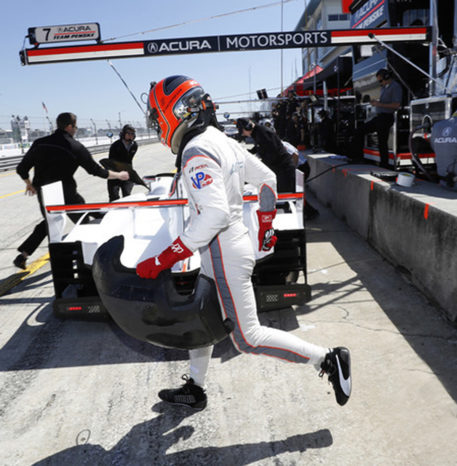 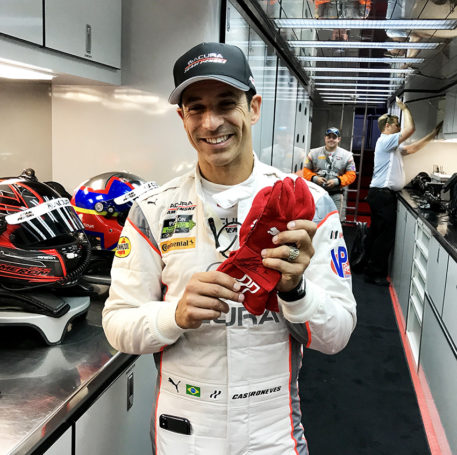 The three time Indy 500 winner wore these gloves during the 2017 IndyCar Series which was to be his last full season in Indycar before joining the Penske’s LMP SportsCar team. Castroneves had one win during the season and eight other top five finishes including coming second in the Indy 500. The gloves were also worn during early rounds of the 2018 WeatherTech SportsCar Championship where Castroneves teamed with Ricky Taylor and would drive a Penske Acura ARX-05 throughout the season.

The red gloves with black palms have Puma branding and FIA standard printed tag with manufacture date on the cuffs. Both gloves are personally signed by Helio Castroneves and come with a full certificate of authenticity.