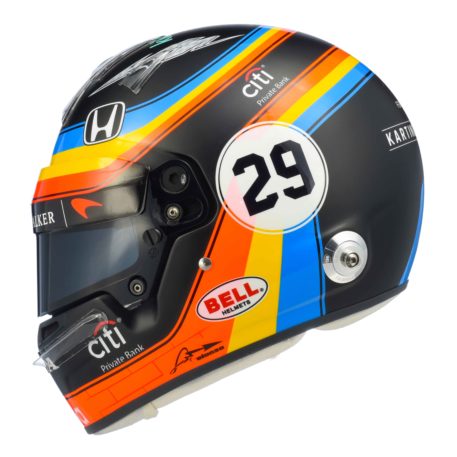 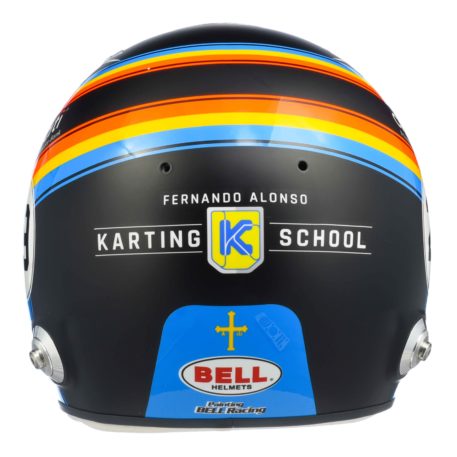 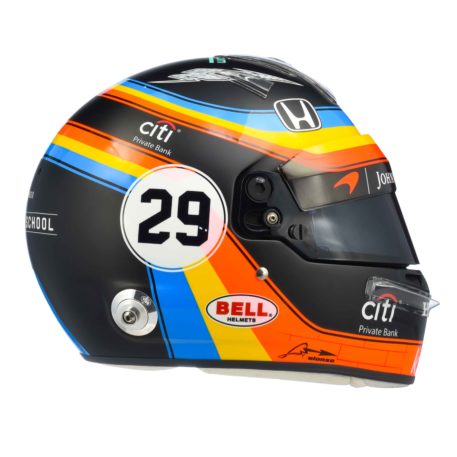 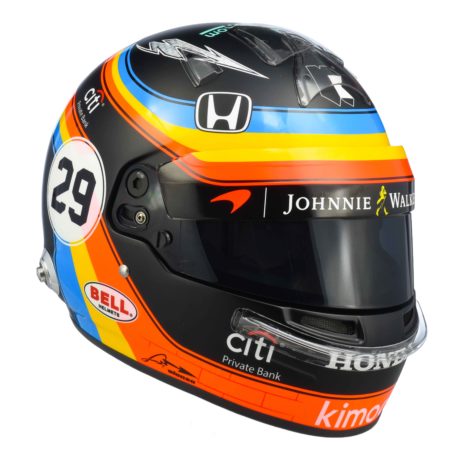 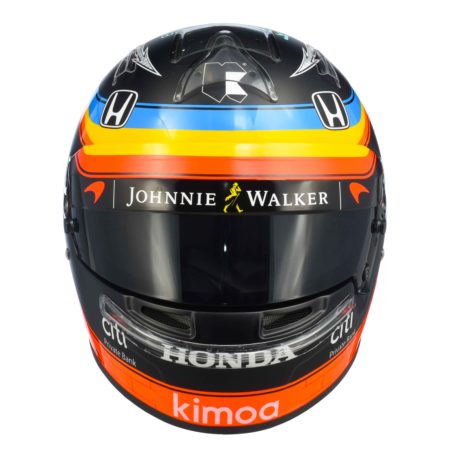 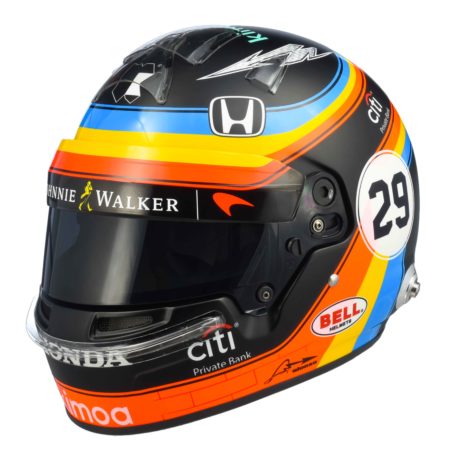 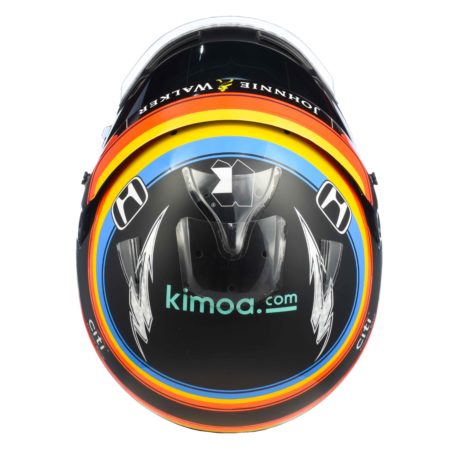 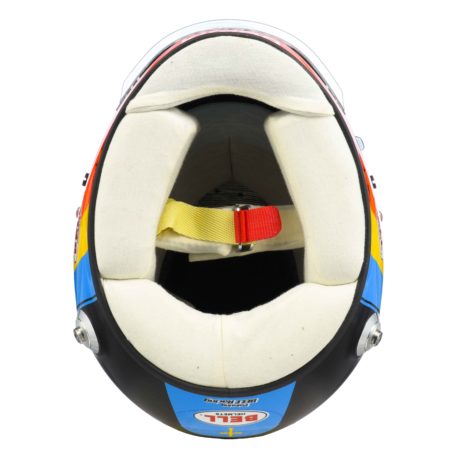 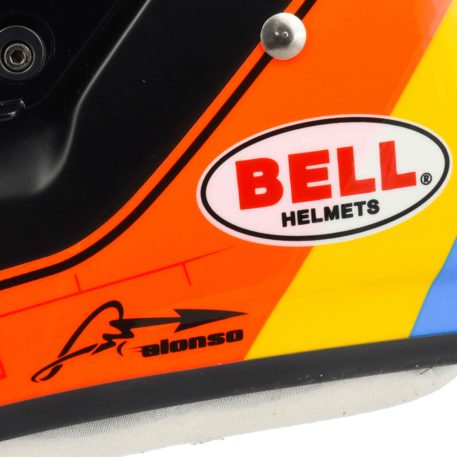 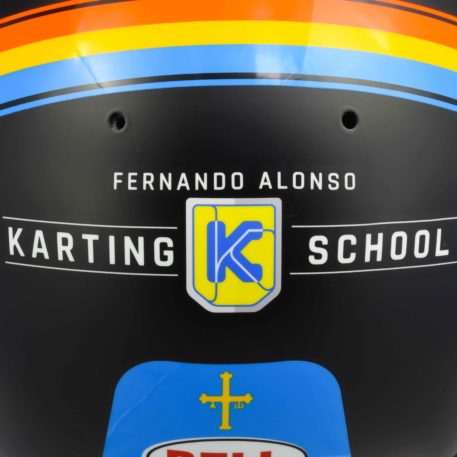 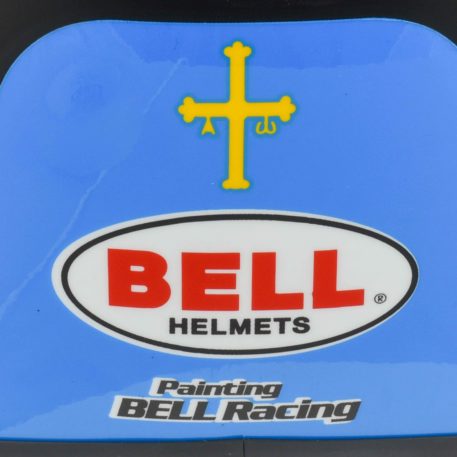 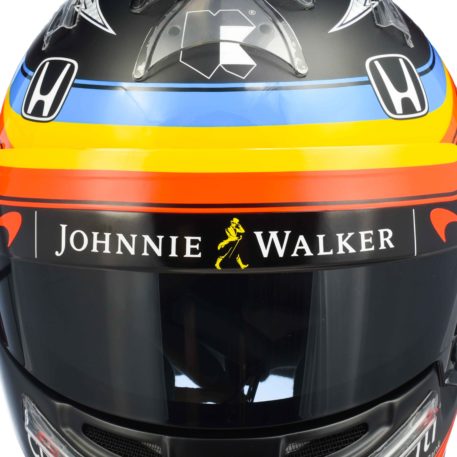 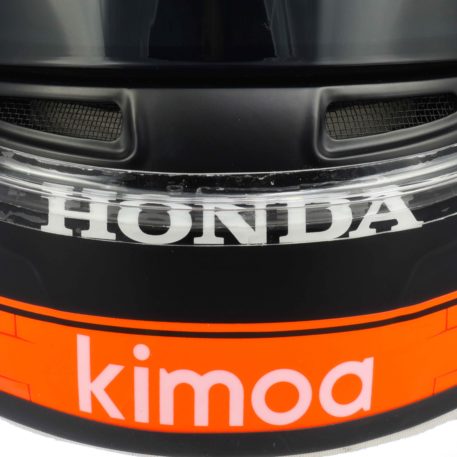 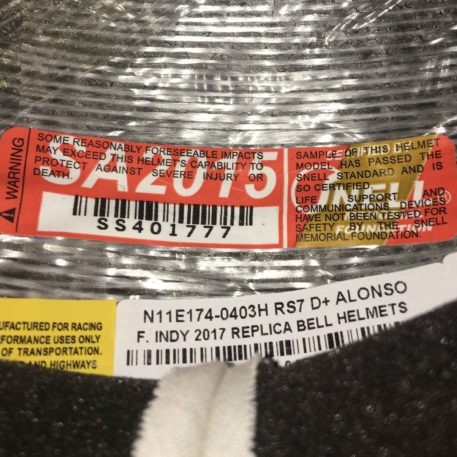 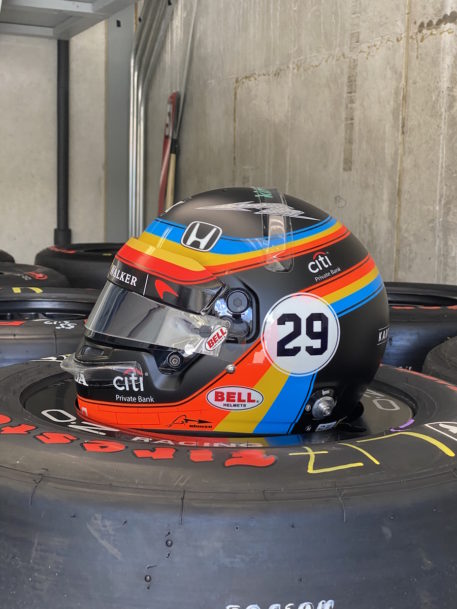 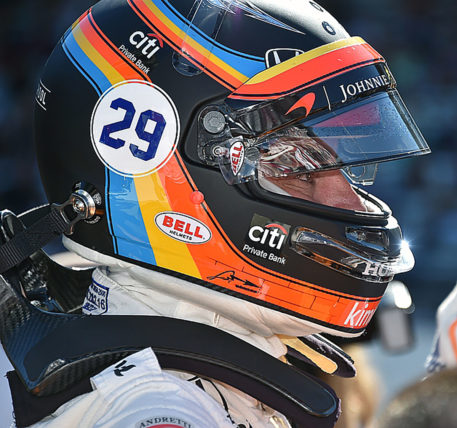 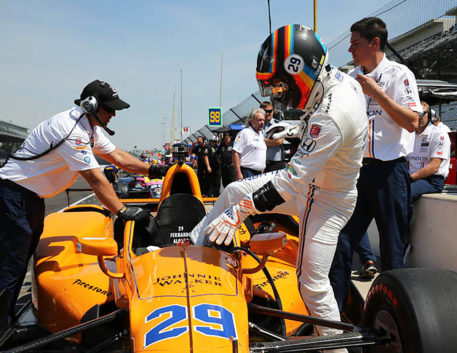 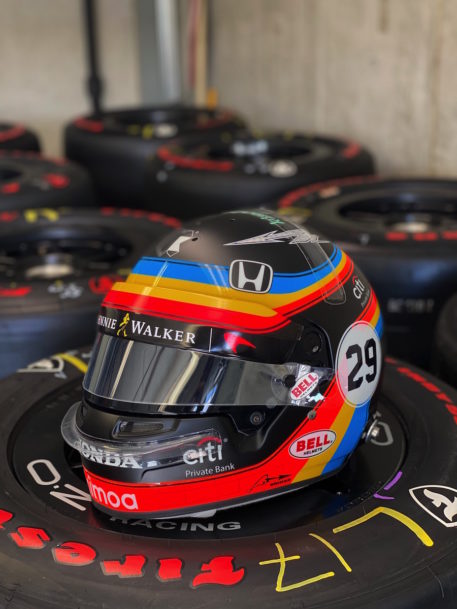 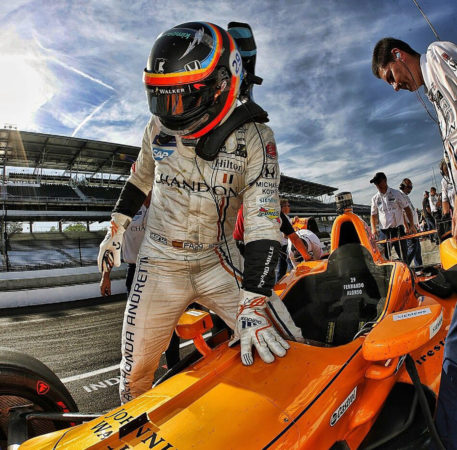 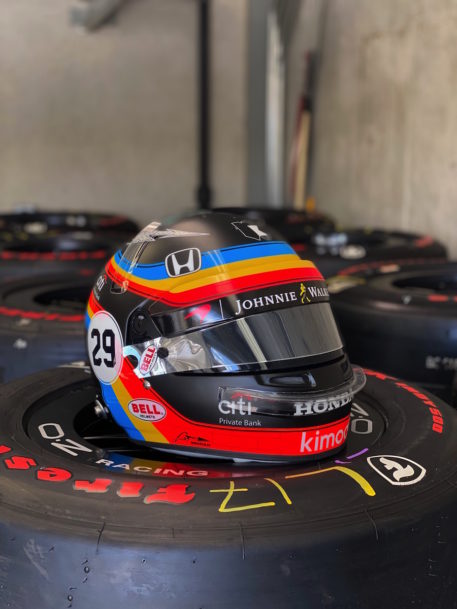 Rare chance to acquire a Bell Helmet Limited Edition Series Replica of Fernando Alonso’s 2017 Indianapolis 500 helmet. This helmet was produced by the company to mark the two-time Formula One World Champion’s first attempt to win the coveted 500-mile race and part of  his effort to win Motorsport’s Triple Crown. Alonso was in touching distance of winning the race before having to retire his McLaren/Andretti Honda car with a blown engine in the closing stages, after having led for twenty-seven laps. As a result of this performance Alonso was voted Rookie of the Year for 2017.

This helmet is a beautiful replica of the one Alonso wore during the race. Produced in very limited numbers, it has the distinct blue, yellow and red bands running at the top and bottom of the helmet over a matte black base color, representing the Asturias region’s (Alonso’s birthplace) flag colors as per Alonso’s regular designs. There is a ‘Yard of Bricks’ motif and Alonso’s arrow logos on both cheeks. On the back is a blue panel with a yellow Asturias ‘Cross of the Angels’. The helmet also has the lettering and logo of Alonso’s karting school on its back. Alonso’s other season sponsors’ branding logos, Johnnie Walker, Kimoa, and Citi, also adorn the helmet and visor, as well as engine supplier Honda logos. On either side is Alonso’s race #29 in a white roundel. The helmet also has aero wickers on the top and chin, and HANS fittings, exactly as Alonso would have used during the race. The interior has the rare white Nomex interior exactly as the Spaniard would have used in his race helmet. Alonso would use this helmet design again later during the 2017 U.S Grand Prix in Texas, with the only difference being that the race number would change.

Please note that this is an original ‘Bell Racing Products’ helmet and not a less expensive non-official copy version. It was manufactured by Bell Helmets at the same time as Alonso’s race-used helmets would have been and only 10 units were produced worldwide.