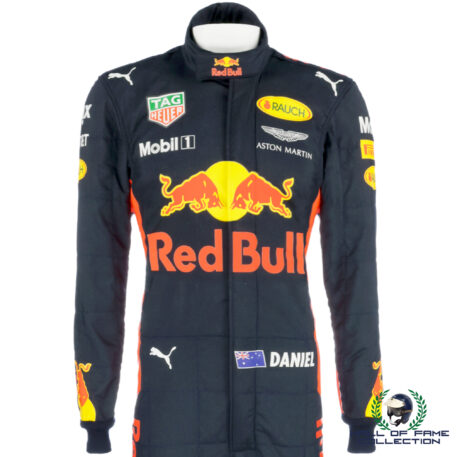 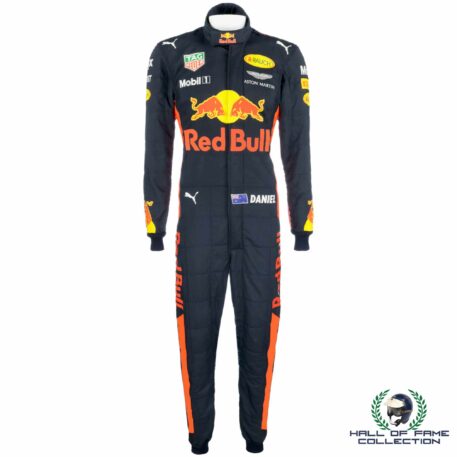 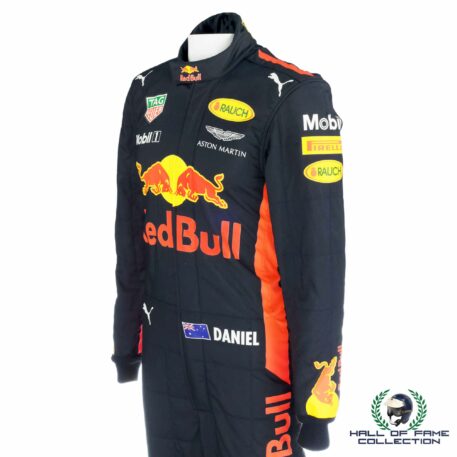 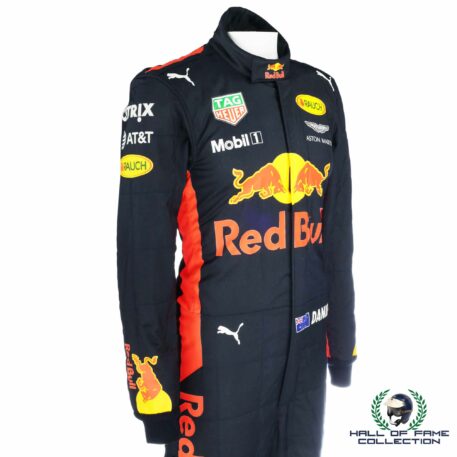 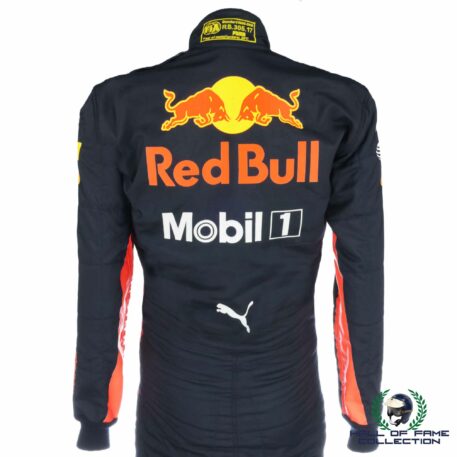 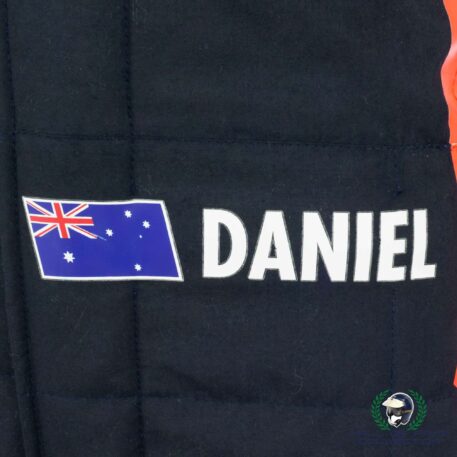 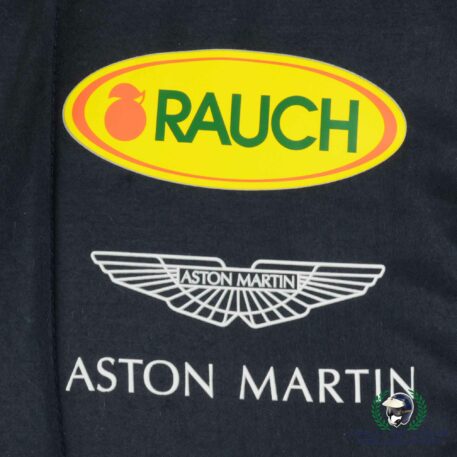 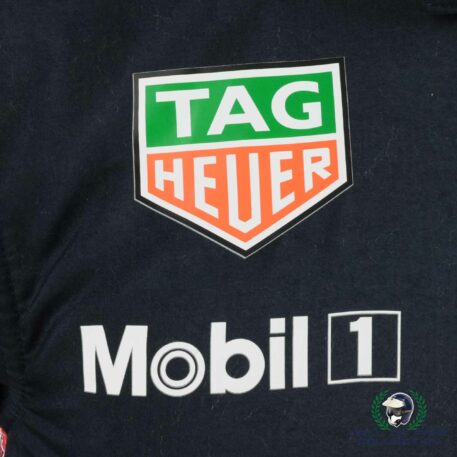 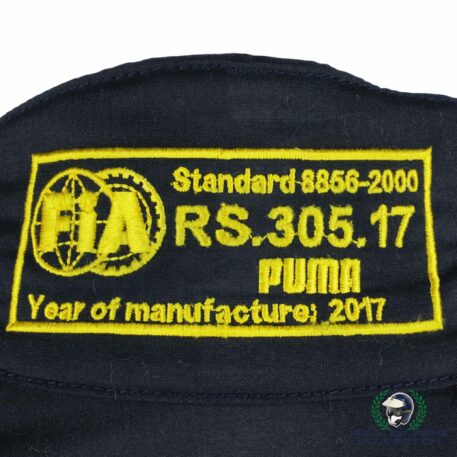 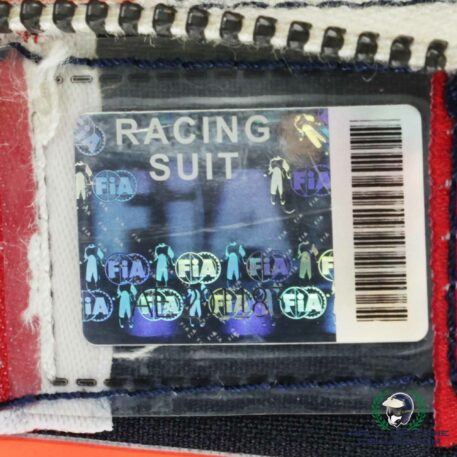 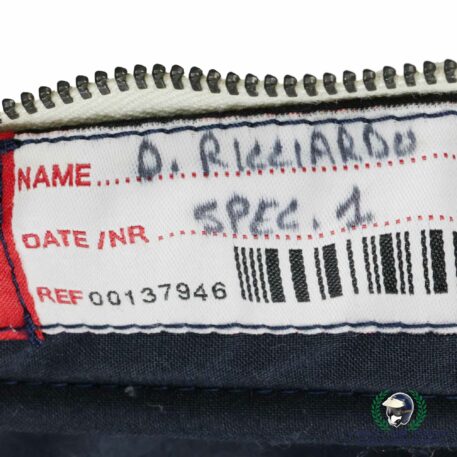 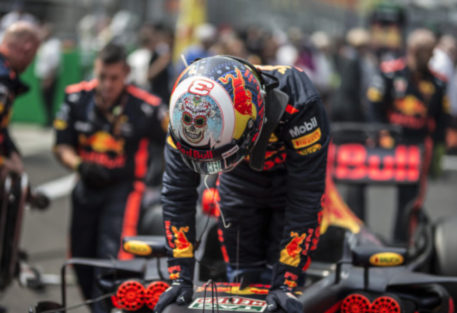 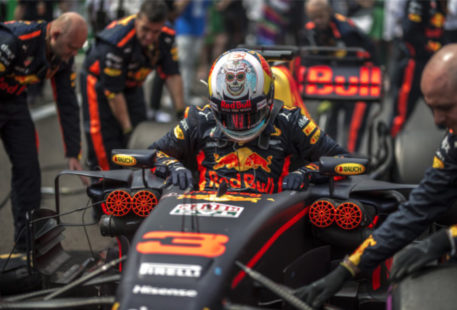 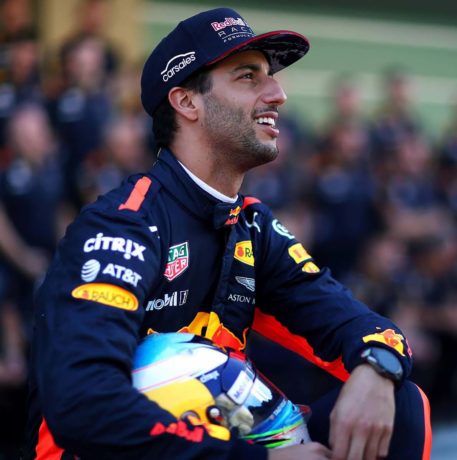 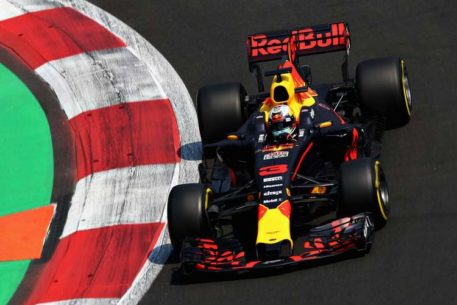 Original Red Bull race suit worn by the very popular Australian F1 driver Daniel Ricciardo. The Puma suit was used by Ricciardo during the 2017 Mexican Grand Prix. During the 2017 season, while driving an RB13 machine, Ricciardo would win the Azerbaijan Grand Prix and score eight other podium finishes.

This ink blue suit has the team’s Red Bull ‘Charging Bull’ branding logos featured prominently on the torso, back, neck, and forearms. Wide fluorescent orange stripes run down both sides and are interrupted in the middle with Red Bull lettering. Team sponsor/suppliers’ logos, including Mobil 1, Tag, AT&T, Rauch, and the team’s associate partner Aston Martin have been added to the arms and chest. Mobil 1 has also been printed on the back of the suit under the Red Bull logo. Ricciardo’s name and national flag are printed on the midriff.

As many collectors will know, current Red Bull driver-worn suits aren’t available on the open market very often. So don’t miss out on this very rare opportunity to own a great looking suit worn by a current and well-liked, top-rated Formula One driver.