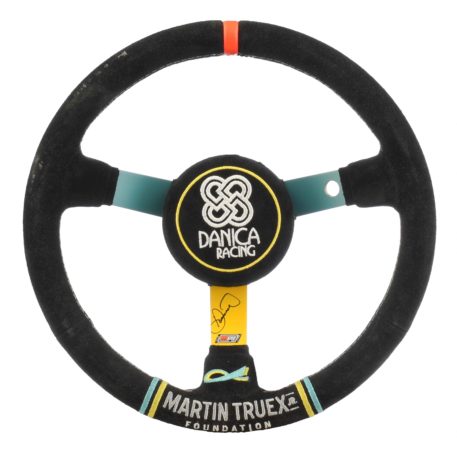 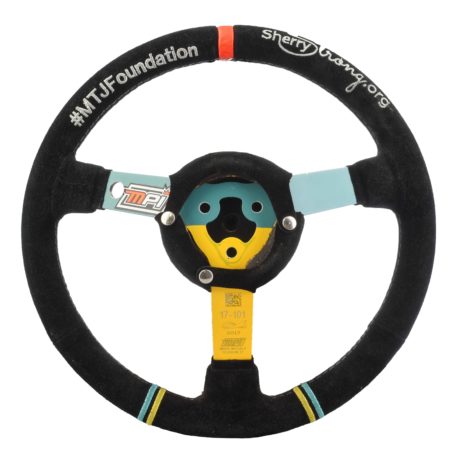 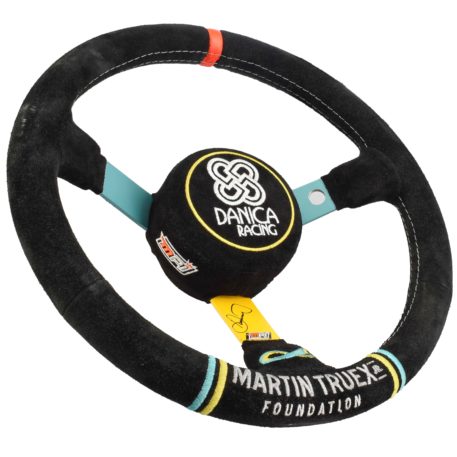 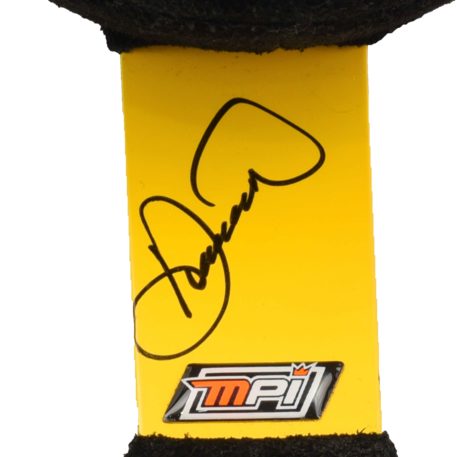 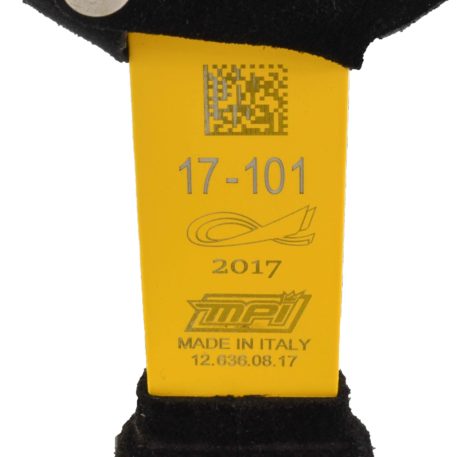 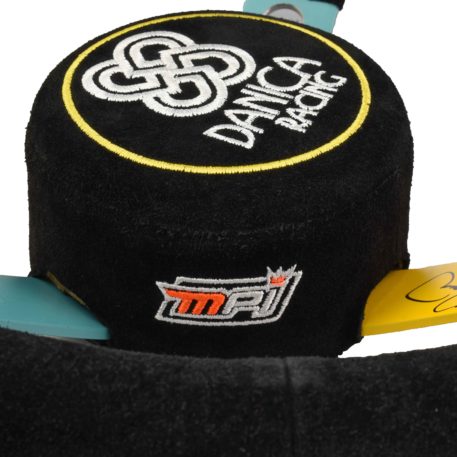 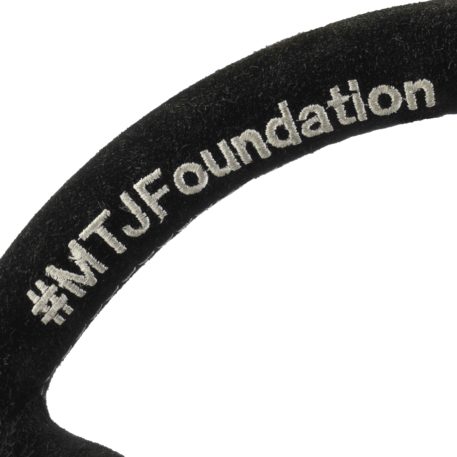 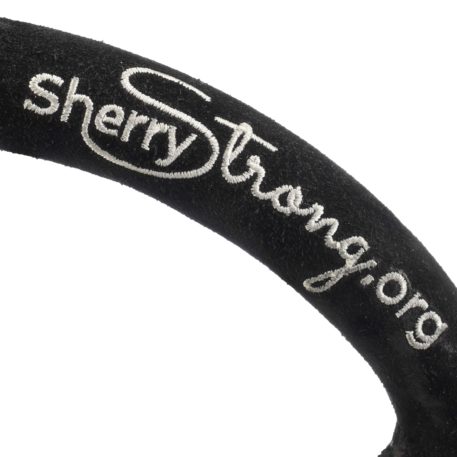 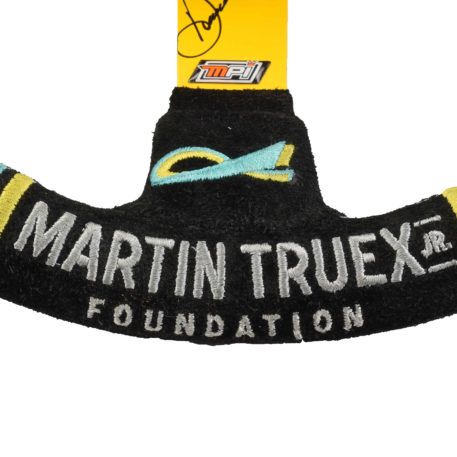 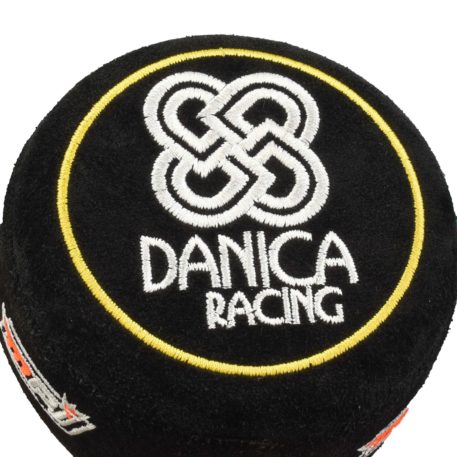 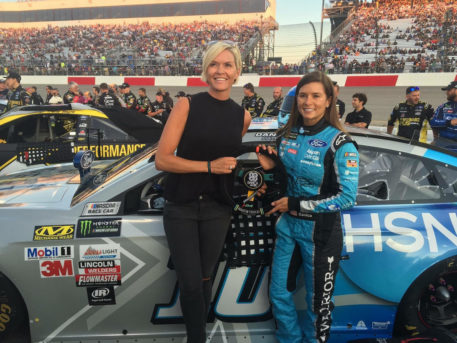 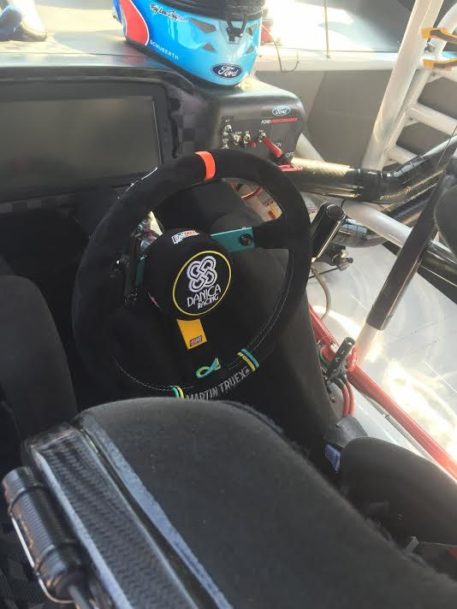 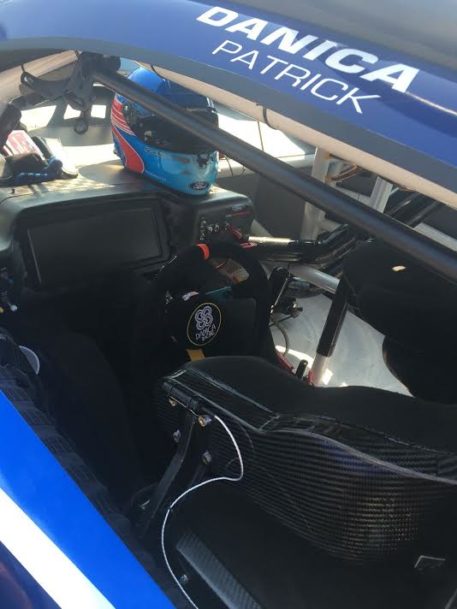 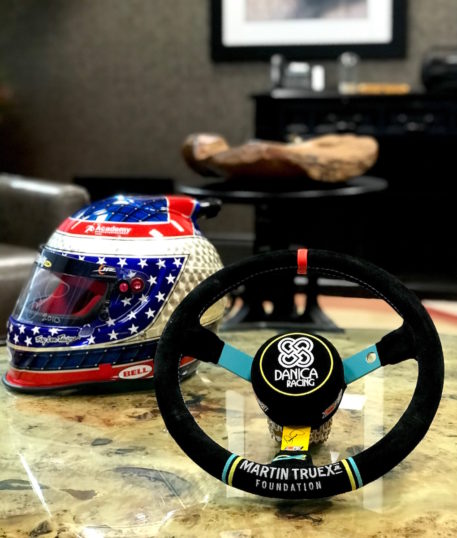 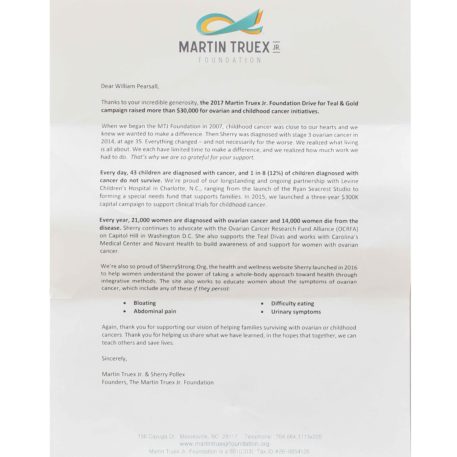 This stunning MPi (Max Papis Innovations) steering wheel was custom made for and used by popular American race driver Danica Patrick. She used this steering wheel during the September races of the 2017 NASCAR Monster Energy Cup Series.

In a career that started in karting and then transitioned into open wheel racing at the Junior Formula level, Patrick moved up to the Toyota Atlantic Series in 2003. By 2005, she made headlines by leading the Indy 500 and had a successful eight years in the IndyCar series. Danica made history by becoming the first woman to win a race in the history of top-level American open-wheel racing with a victory in Japan. She then switched to the demanding NASCAR Cup and Nationwide Series. In 2017 Patrick was in her sixth and final season driving for the Stewart-Haas Racing team.

The suede wrapped wheel was created for the Martin Truex Jr Foundation campaign drive for ovarian cancer. The teal green stripe in the wheel represents ovarian cancer, and the gold stripe represents childhood cancers. The center of the wheel bears Danica Racing’s logo of intertwined D’s, and the MPi logos and Martin Truex Jr Foundation are also found stitched onto the wheel. There is a red leather band at 12 o’clock, indicating when the wheel is on center. The Italian made wheel is hand signed by Danica on the gold spoke.

This steering wheel comes with a Certificate Of Authenticity.