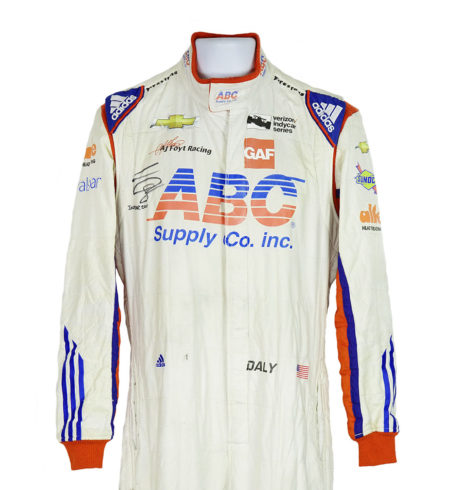 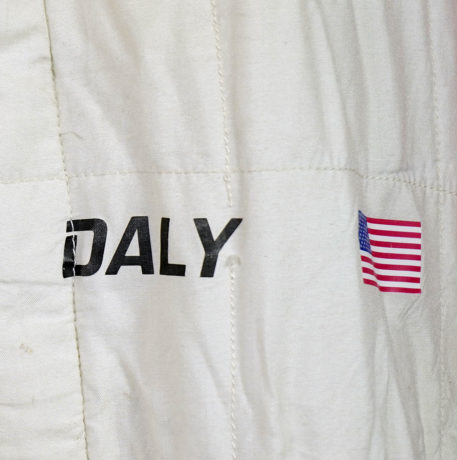 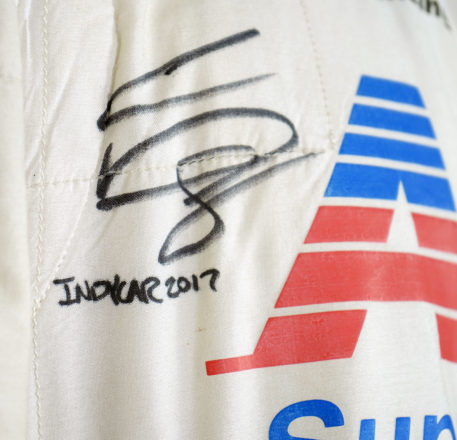 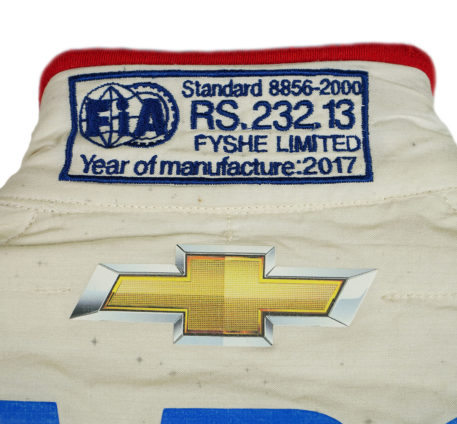 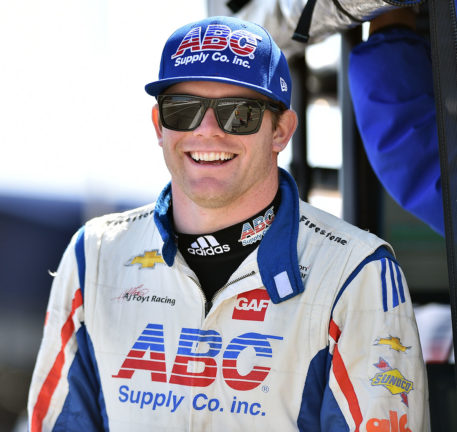 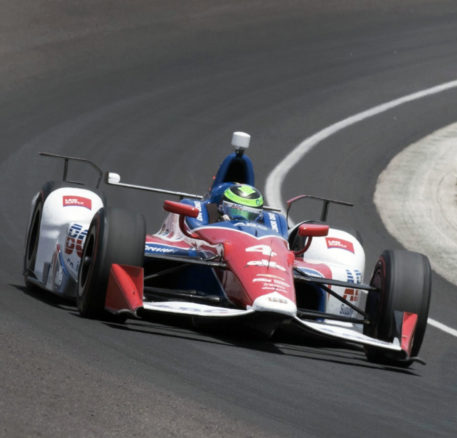 Adidas race suit was worn by popular IndyCar driver Conor Daly. The young American used the suit during the 2017 IndyCar Series season while driving for A. J. Foyt Enterprises at several events that included the Indianapolis 500. The white suit is trimmed in major team sponsor ABC Supply Co’s red and blue colors, including the inner arm stripes, the ‘three-stripe’ Adidas trademark stripes on the forearms and lower legs, and red cuffs and neck trim. It has large printed logos from ABC Supply on the front and back of the suit with other sponsor/suppliers branding logos on the arms and chest, including Chevrolet, Sunoco, Alfe, and Valspar to name a few.

The suit is personally signed and season documented by Conor Daly and comes with a full Certificate Of Authenticity.

Check out the video of Conor and Darren talking about two of his other suits we have in stock.