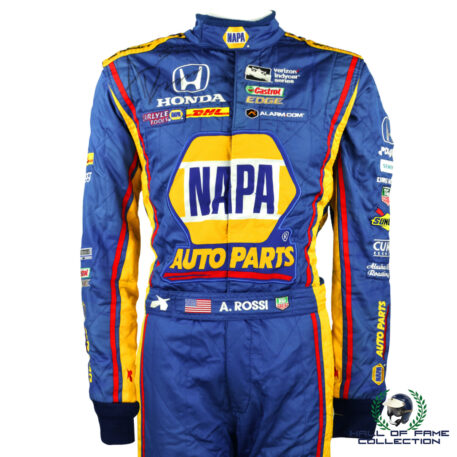 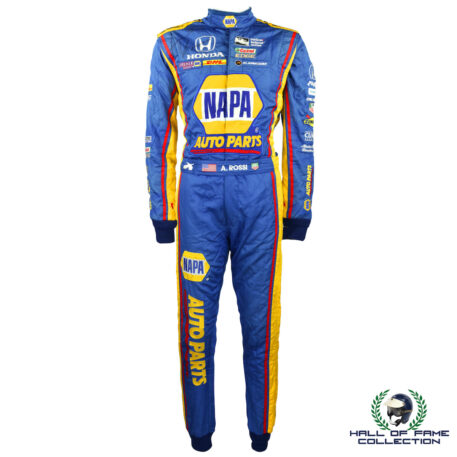 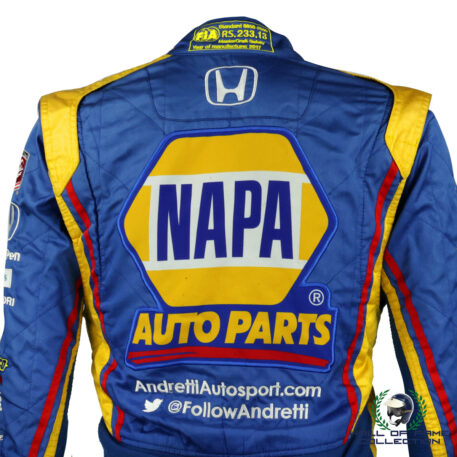 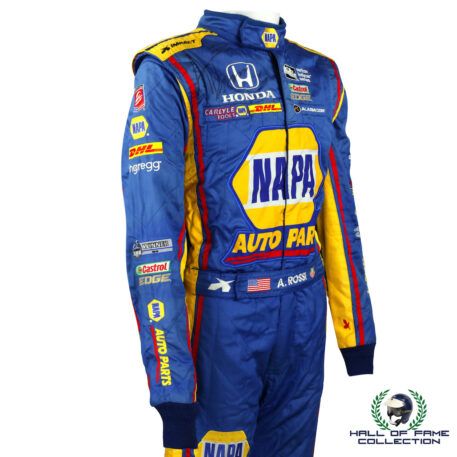 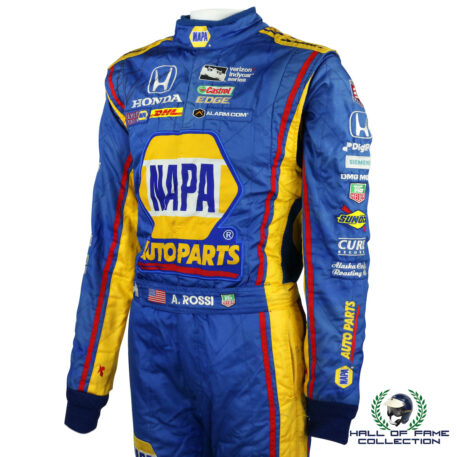 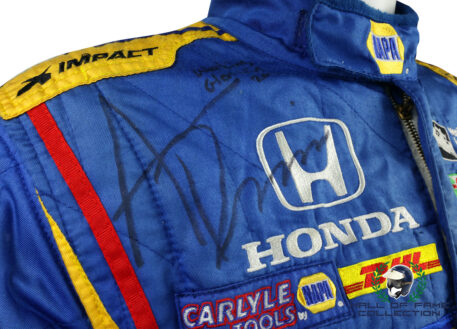 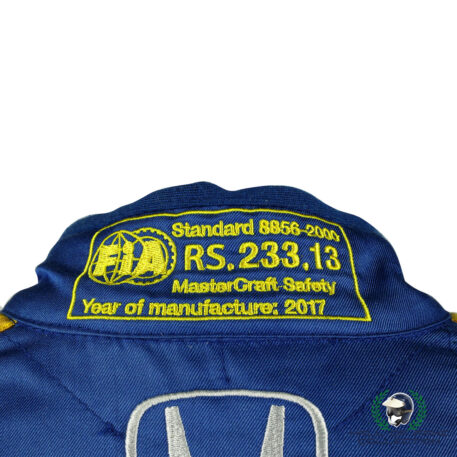 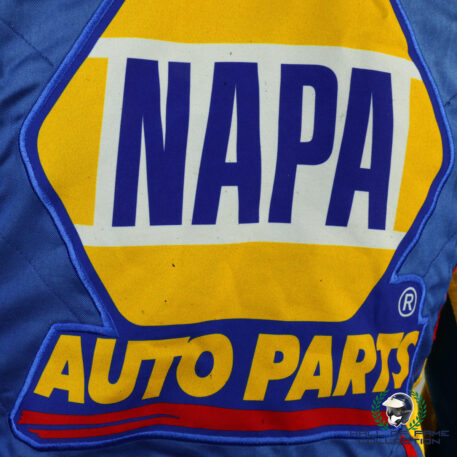 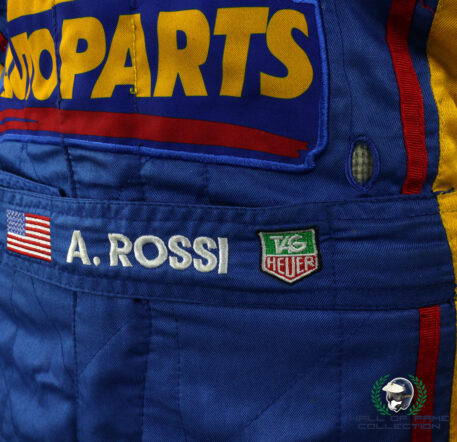 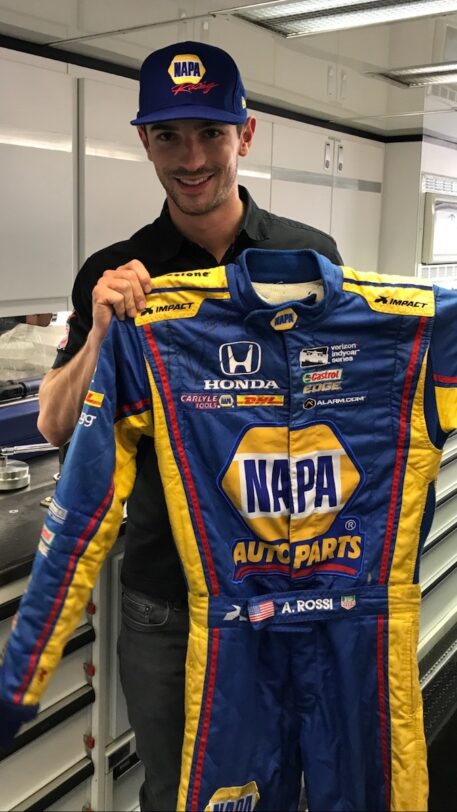 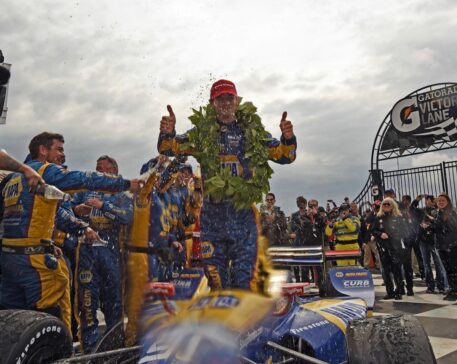 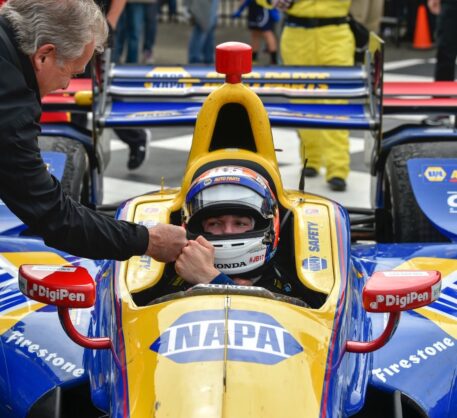 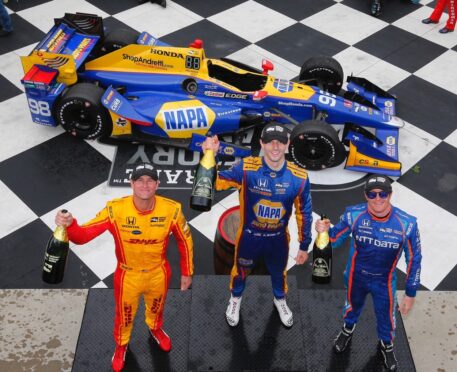 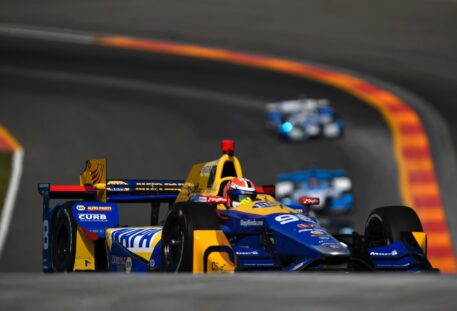 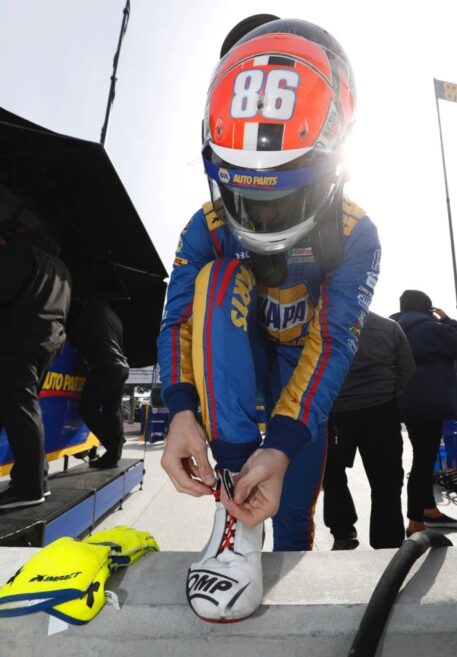 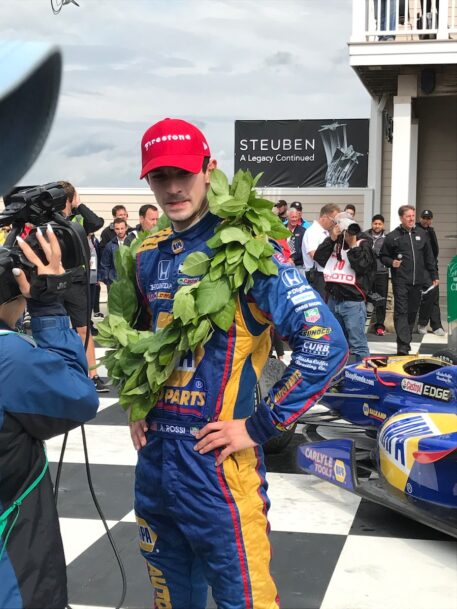 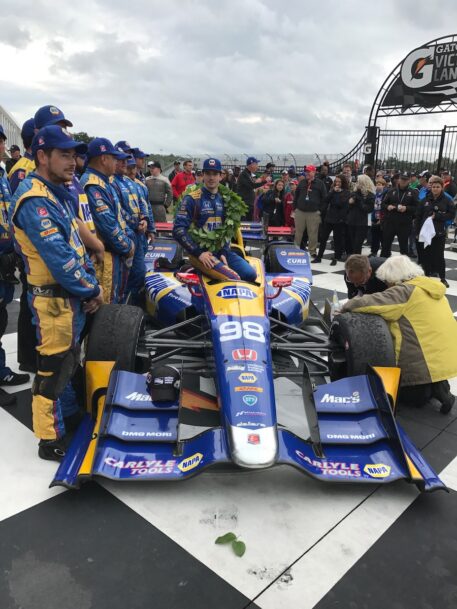 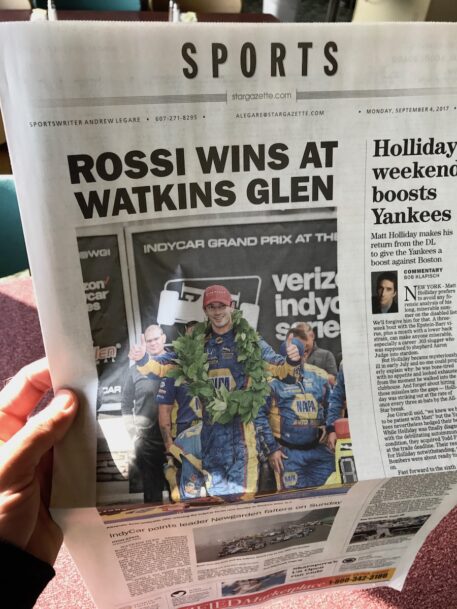 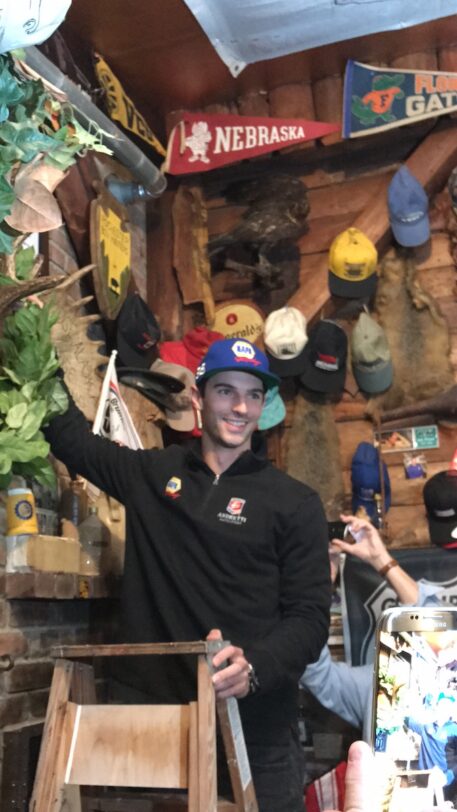 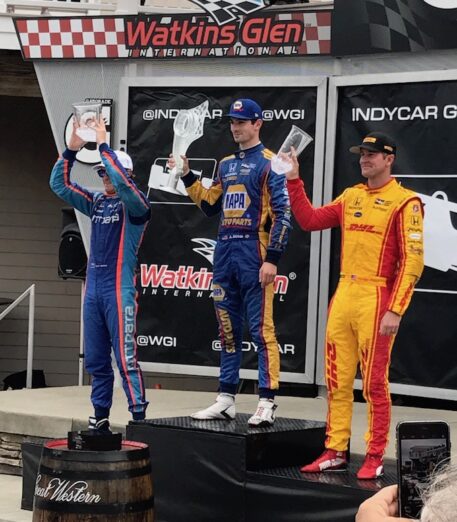 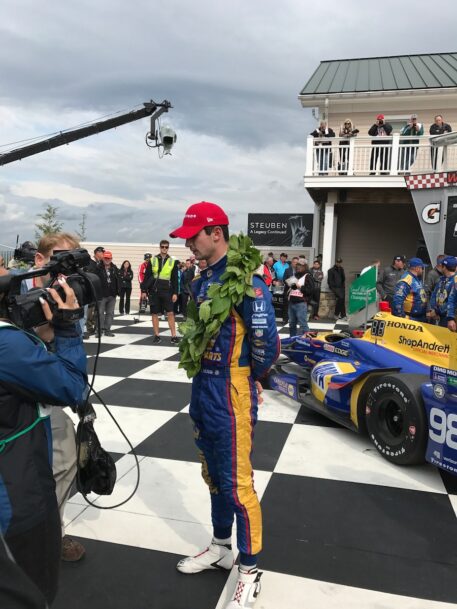 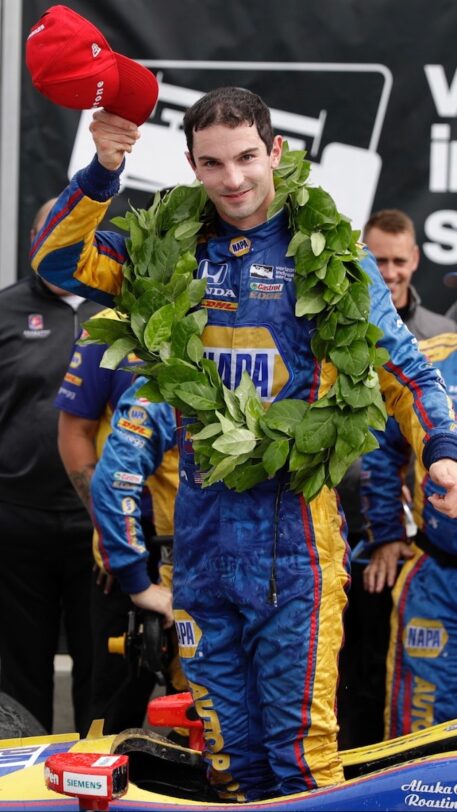 The Watkins Glen event would mark Rossi’s second win in IndyCar after his spectacular first-place finish at the 2016 Indy 500 in his rookie season. He would also go on to score a second place finish at the Toronto Honda Indy and a third place at Pocono in 2017. Rossi finished 7th in the overall drivers standings in only his second year in IndyCar.

The suit is signed by Rossi in black marker pen and is commemorated with “Watkins Glen Win 2017” as well.