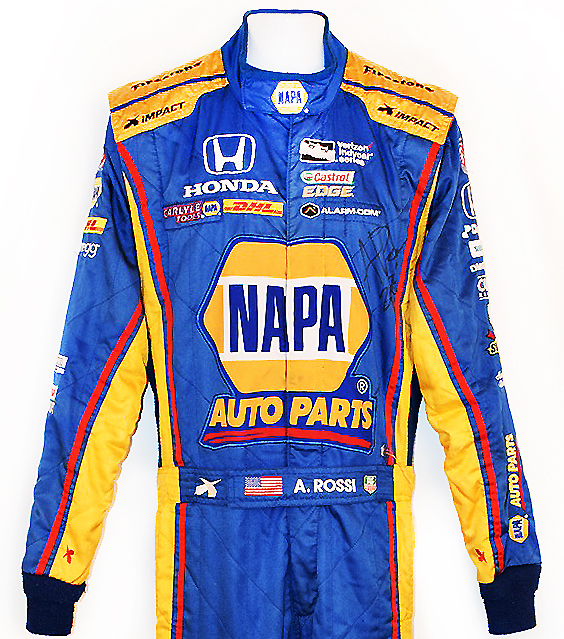 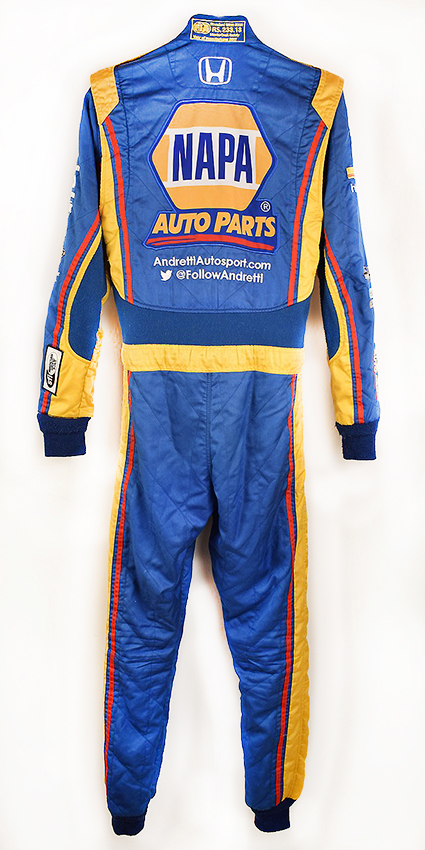 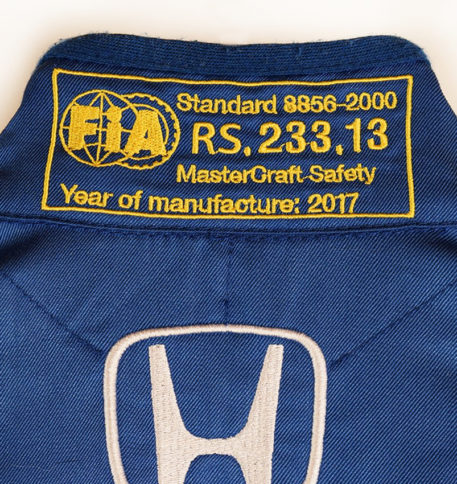 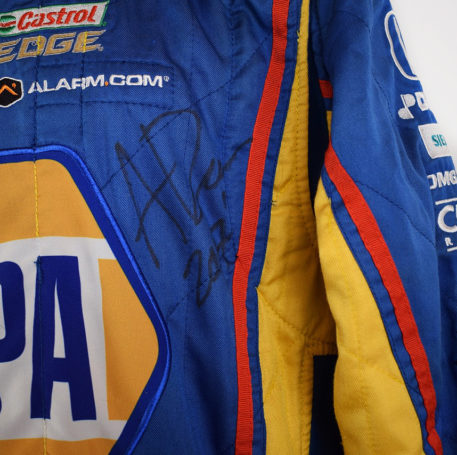 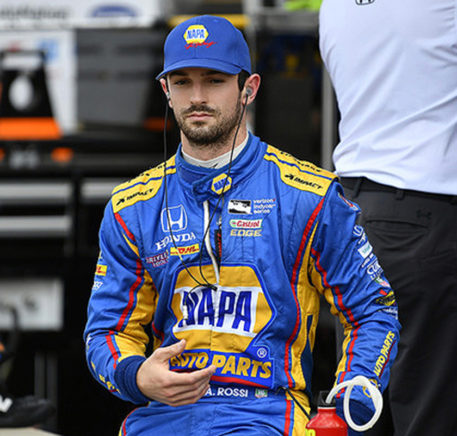 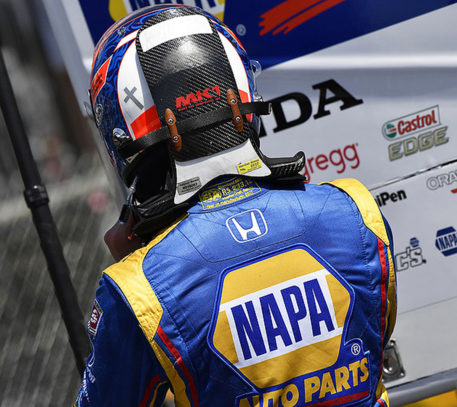 Worn during the American drivers second season with the team and used around the second half of the 2017 IndyCar season.

Rossi who won the Indy 500 at his first attempt in 2016, started to show his full potential during 2017 where he racked up five top five finishes including a win at Watkins Glen.

This prominent looking suit is in the bright blue, yellow and red colours of Rossi’s main sponsor NAPA Auto Parts and is emblazoned with many other team sponsor markings.

Great looking suit to have from an Indy 500 winner and former Formula 1 driver and one with the potential to become one of the top IndyCar stars.