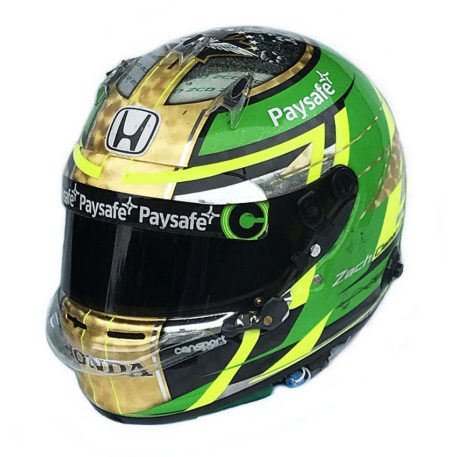 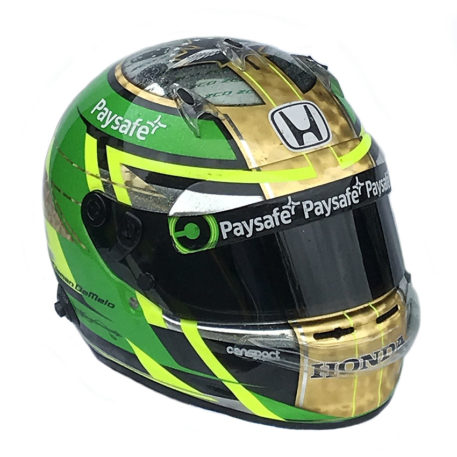 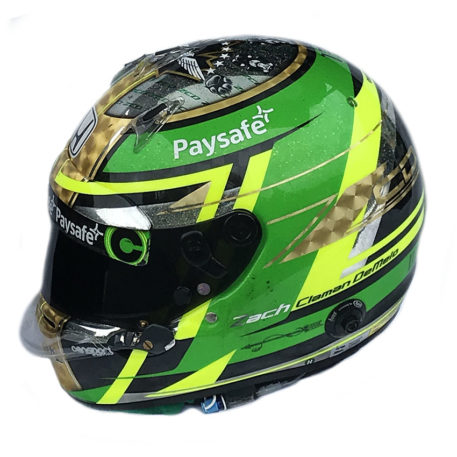 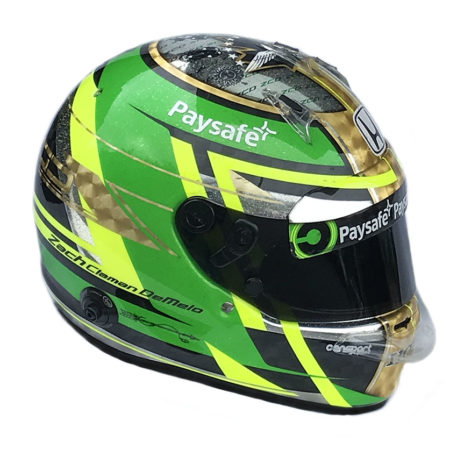 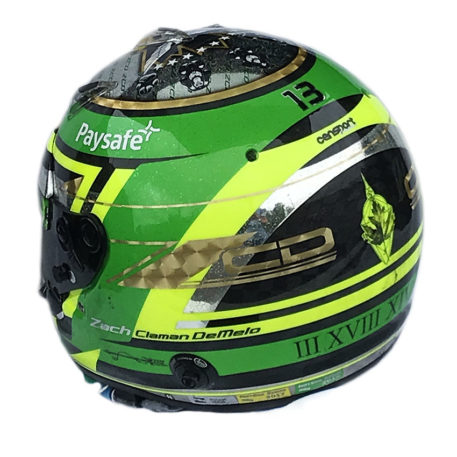 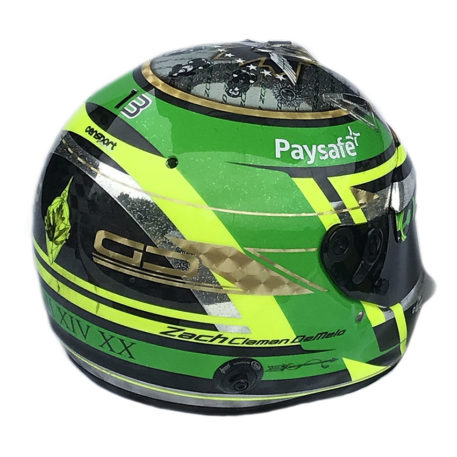 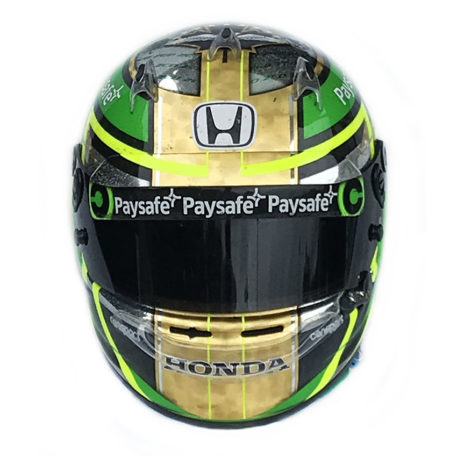 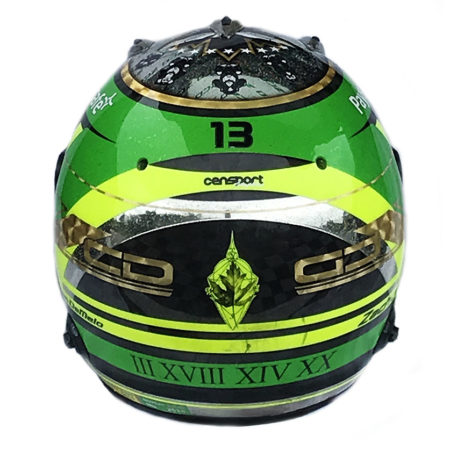 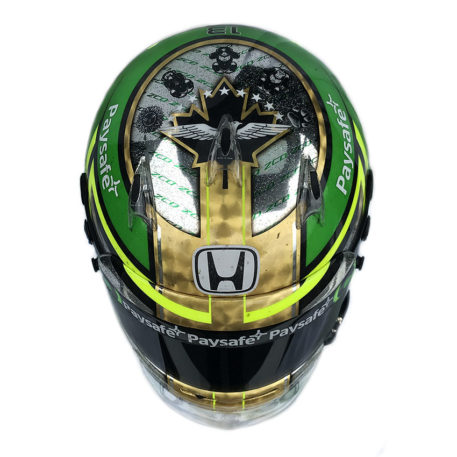 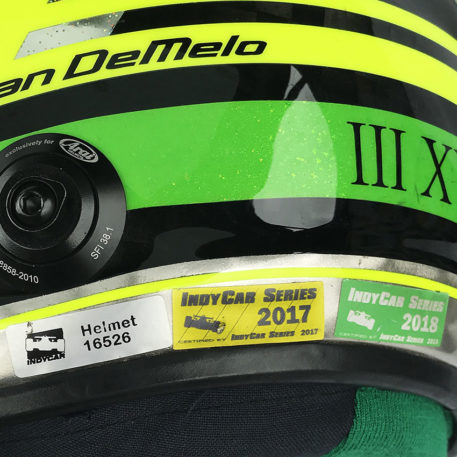 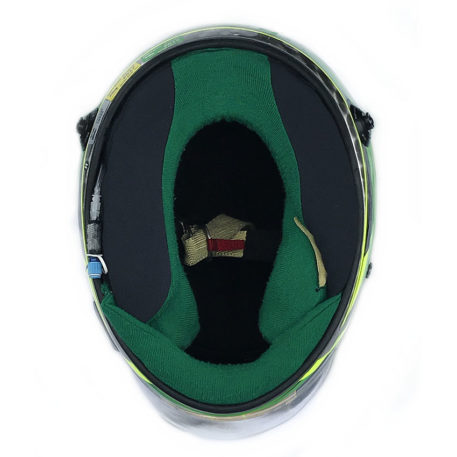 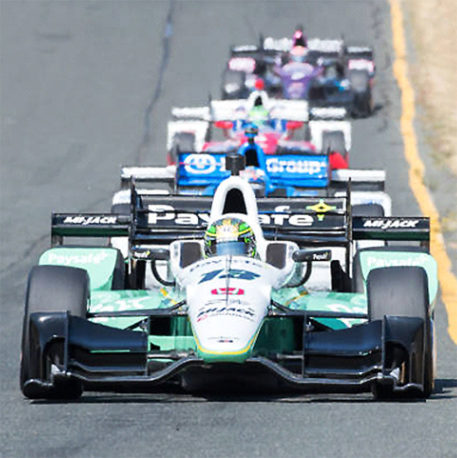 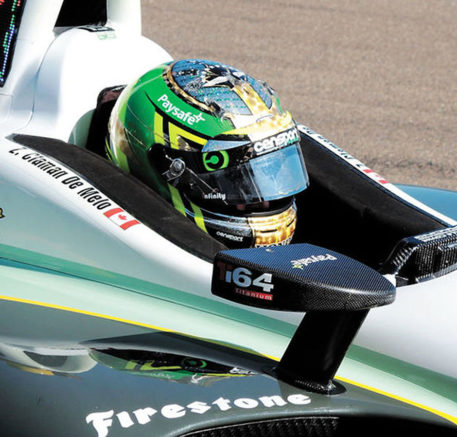 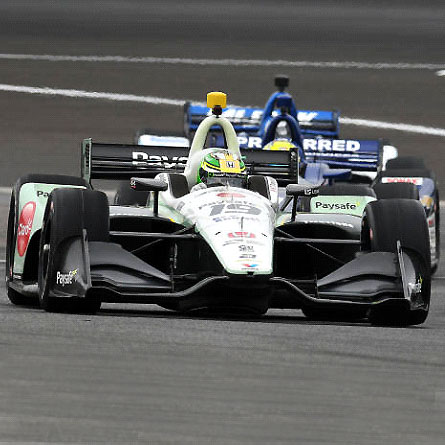 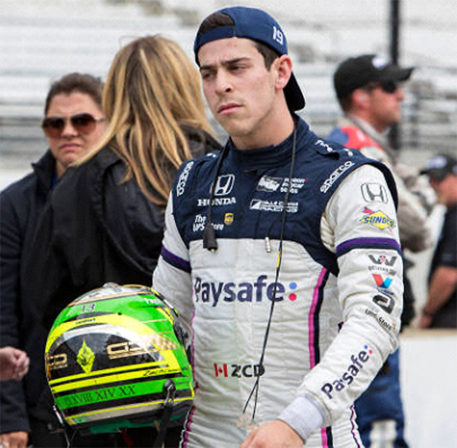 In 2016 he entered Indy Lights as the youngest driver on the grid (17 years old) with the Juncos Racing. The following year Claman DeMelo, moved to Carlin Motorsport. He captured his first series win at Road America. Later in 2017 he got the call to make his IndyCar debut in the final race of the season at Sonoma Raceway with Rahal Letterman Lanigan Racing.

Claman DeMelo was named a part-time driver for Dale Coyne Racing in the 2018 Verizon IndyCar Series.

This helmet was used at many races during 2017/18 seasons in both the Indy Lights and IndyCar series races. It was worn in his Sonoma debut and at some of the 2018 season races including at the Indy 500 qualifying where he was competing as a Rookie.

A standout looking Arai helmet with green, black and yellow graphics topped off with a chrome circle that has a Canadian maple leaf and dove image in the centre and surrounded with Claman DeMelo initials and the’ three wise monkeys’ images. A wide gold strip runs from the circle down the front of the helmet. Helmet also has Claman DeMelo initials to the side in gold and team sponsor Paysafe decals to the top and visor strip. All IndyCar tech stickers are still applied.

This is the first Arai we have seen to date with a green custom interior. It was ordered for Hamilton to use in F1 before he decided to use Bell helmets. Claman DeMelo then requested if he could use this interior to match the outer colors of his helmet.

Helmet comes with a full Certificate of Authenticity.

We also have Zach’s 2018 suit, gloves and boots available