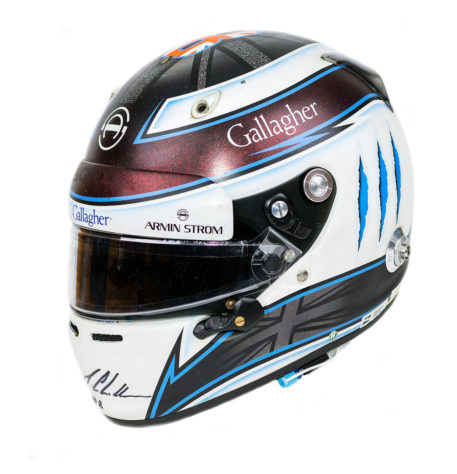 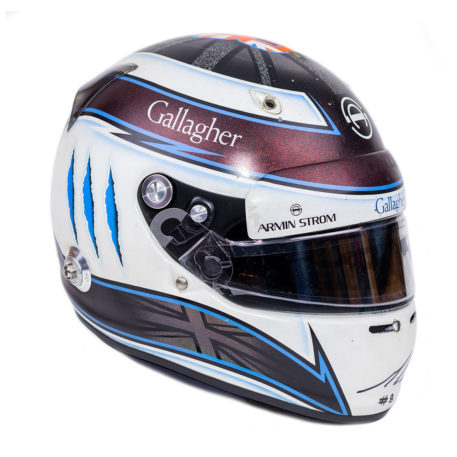 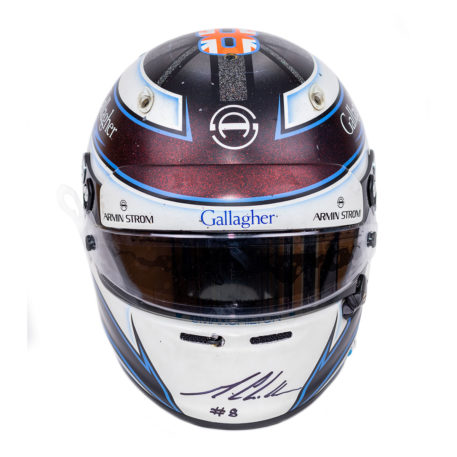 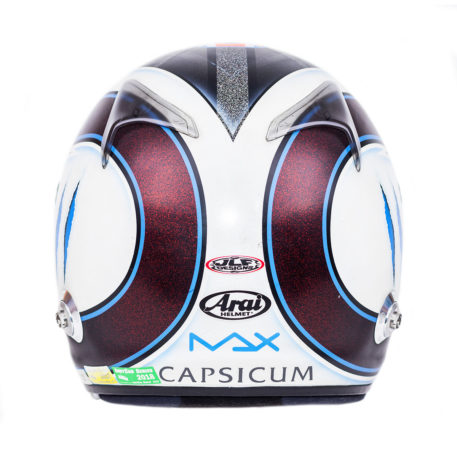 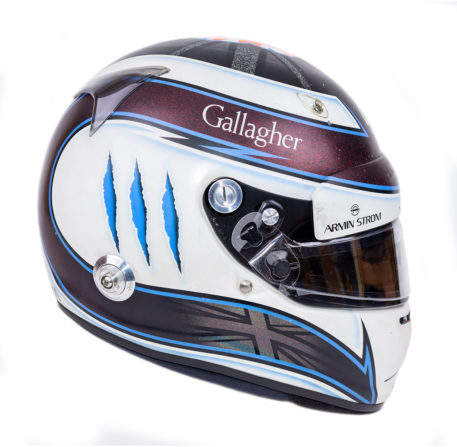 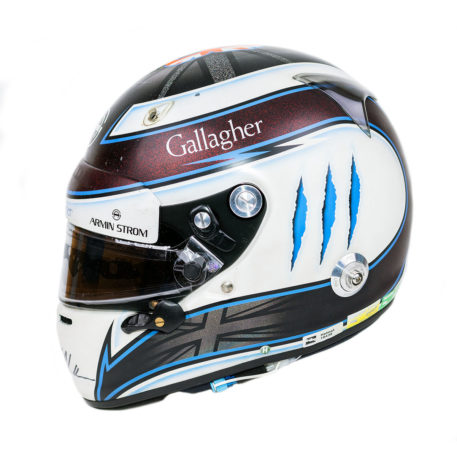 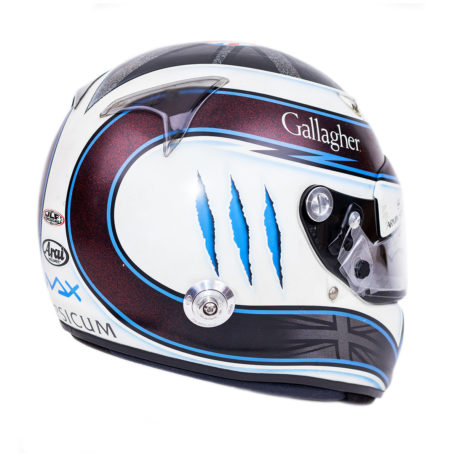 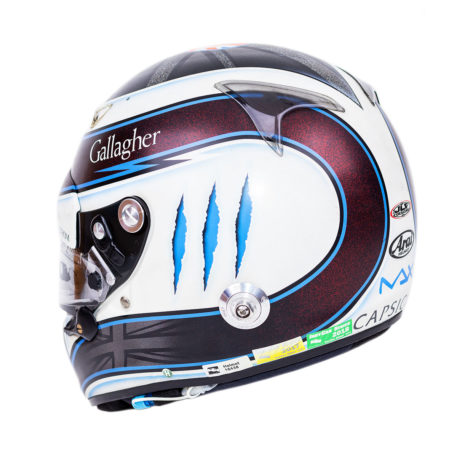 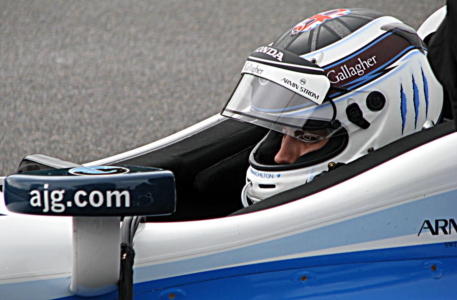 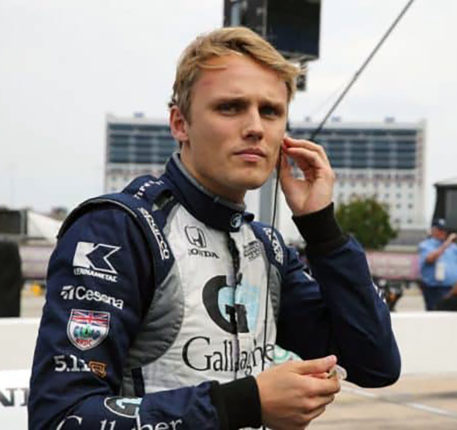 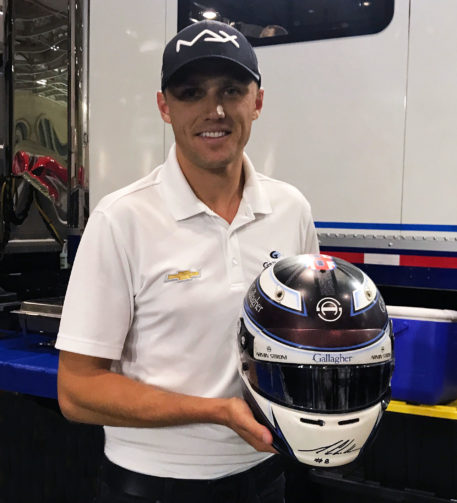 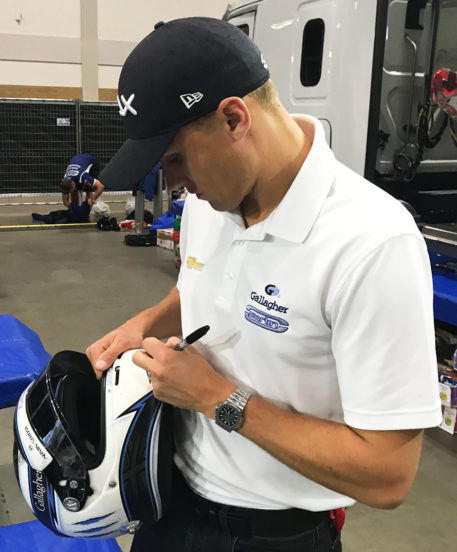 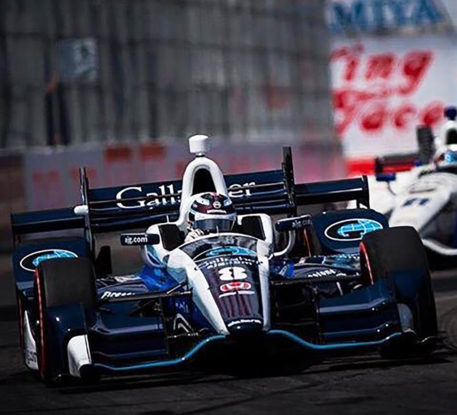 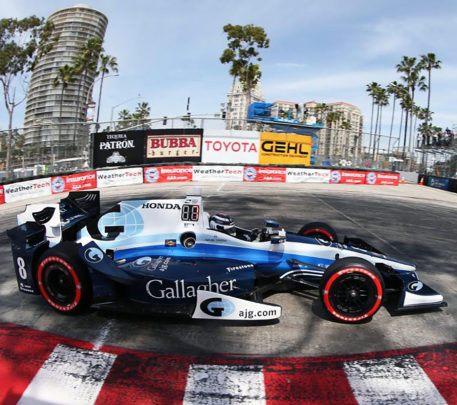 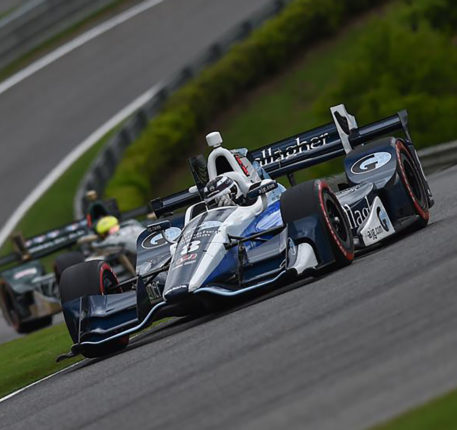 The helmet can be seen being used at 2017 Long Beach and Barber Motorsports Park. Used at several after through the 2017 and 2018 seasons. Highlights from that season included an impressive run at the 101st Indy 500. Chilton led a race-high 50 laps and en route to a career-best finish of fourth came within a whisker of winning this iconic race. You can read more here: http://maxchilton.com/news/max-chilton-secures-best-career-indycar-finish-at-the-101st-running-of-the-indy-500/#HihqqfWWABhhcC5X.99

This striking JLF Design painted Arai helmet has a white base that has Chilton’s design of a metallic fade black and red band edged in light blue which features the Union Jack on the sides. This loops around the helmet and cumulates on the crown with another black Union Jack which has in its middle a full-color Union Jack. There are also three light blue ‘rips’ on either side. The helmet also sports sponsor decals of Gallagher, Armin Strom, and Capsicum. It also has its original radio installed and 2017/18 IndyCar tech stickers still applied.

The helmet has also been personally signed by Max Chilton on its chin. Max also informed us the the close up  picture of him in sitting in the car is this actual helmet and the aero-wicker on the chin was removed so it could be signed.

This fantastic looking helmet from a current IndyCar driver would be a great addition to any collection and comes with a full Certificate of Authenticity.