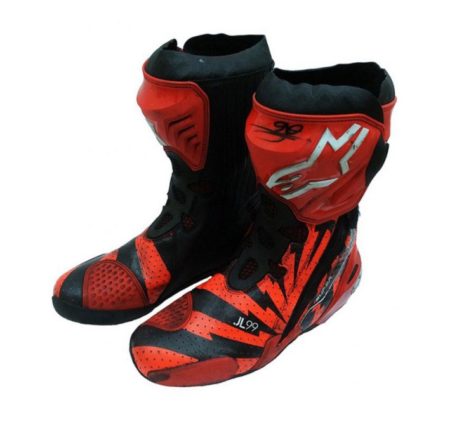 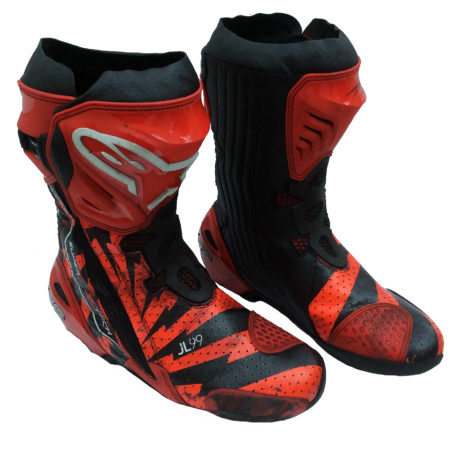 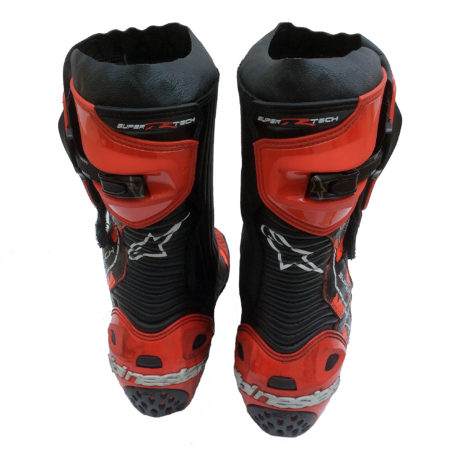 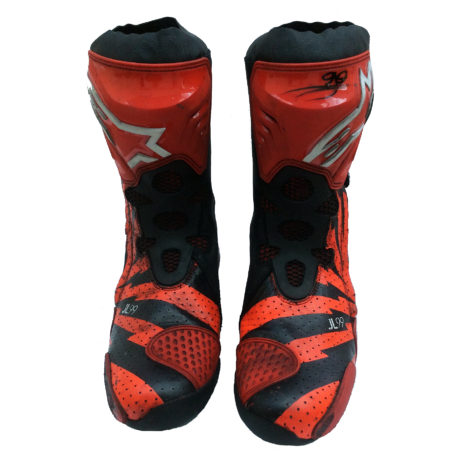 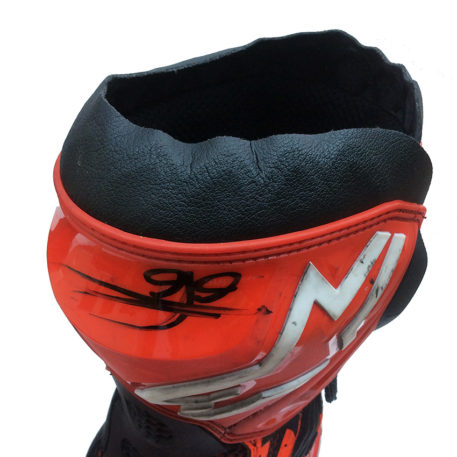 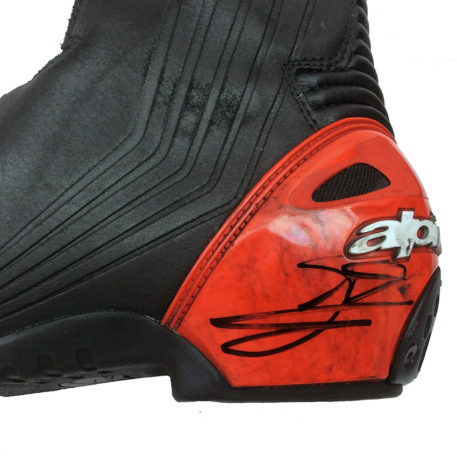 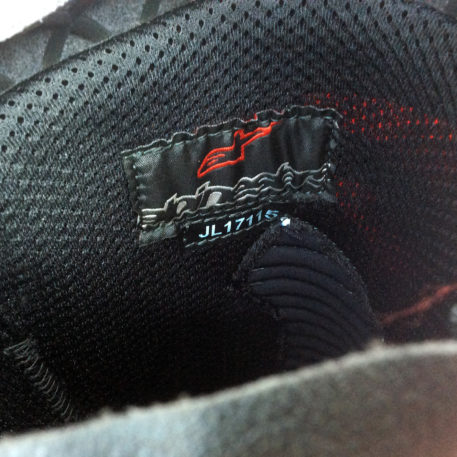 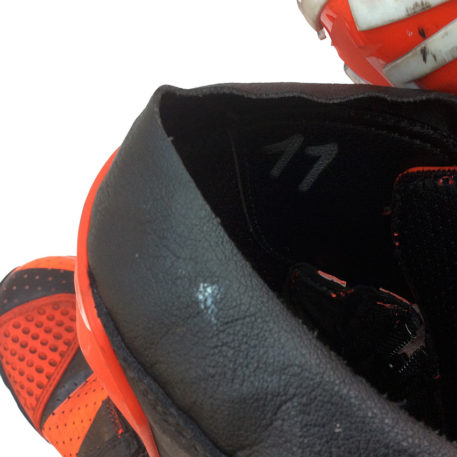 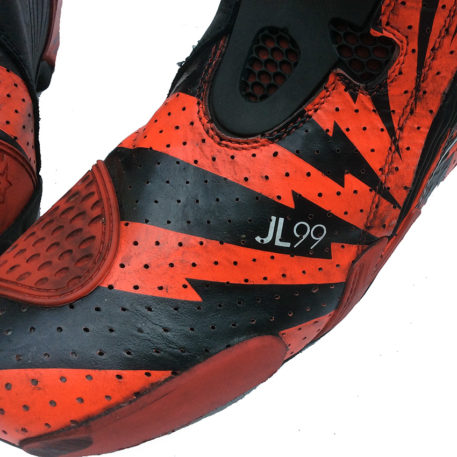 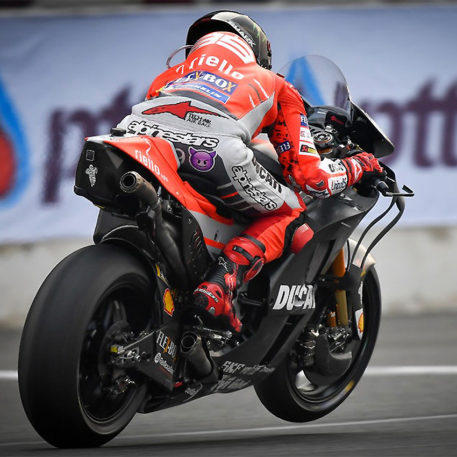 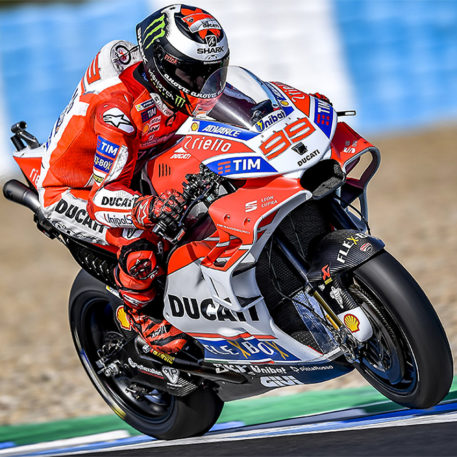 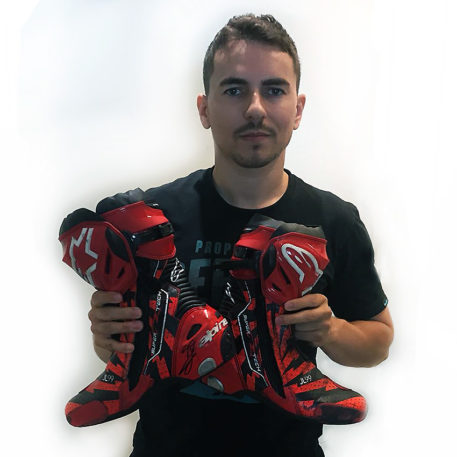 Pair of AlpineStars Super Tech racing boots worn by three-time MotoGP World Champion Jorge Lorenzo. The Spaniard switched to riding for the Ducati Corse Racing Team for the start of the 2017 season. Having a tough first season he found his rhythm in 2018 and, to date, has three wins and a second place in his chase for the championship.

These leather, rubber and polyurethane boots were specially designed for Lorenzo in red and have black lightning flashes with his ‘JL99’ logo printed on either boot. The boots have a tag inside that signifies that they were manufactured during 2017. Lorenzo has also marked the boots as pair #11 and thus were used in 2017 and also likely into 2018 while riding for Ducati.

Jorge Lorenzo race used items rarely appear on the open market as Lorenzo is a collector himself and retains most of his race equipment.