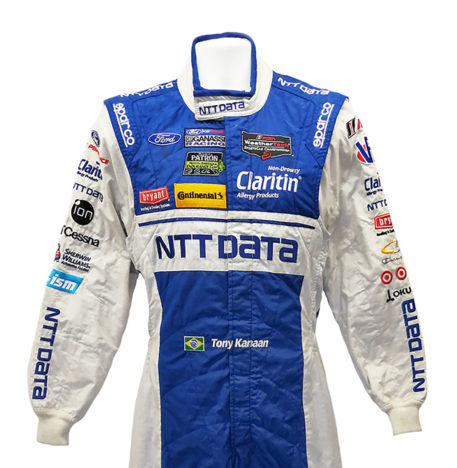 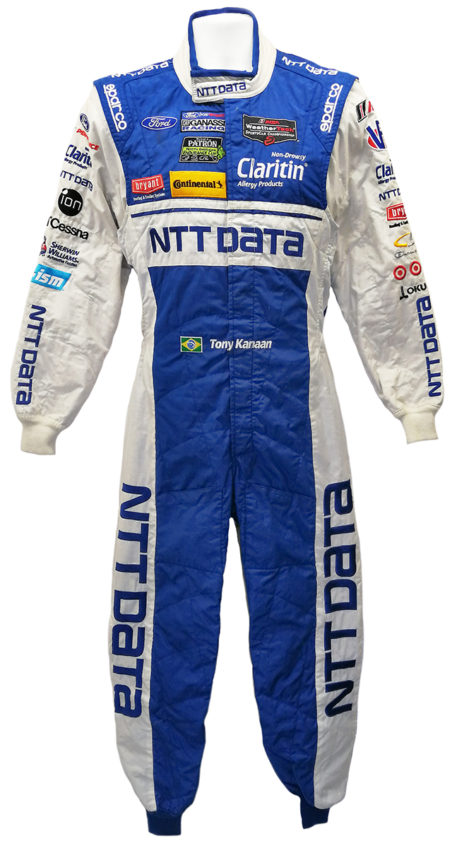 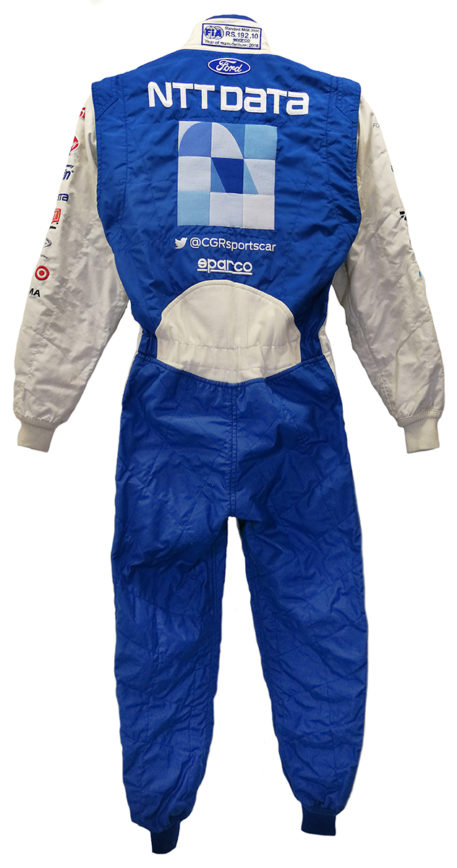 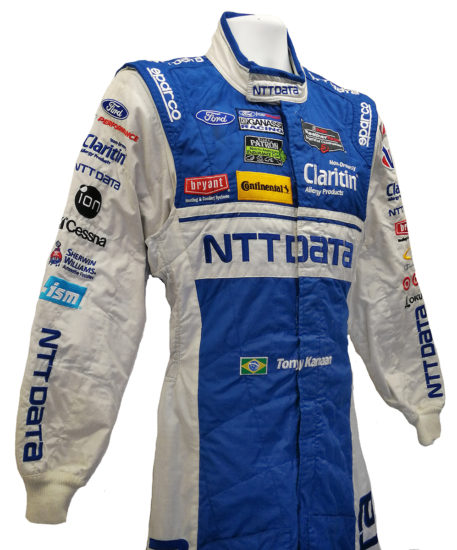 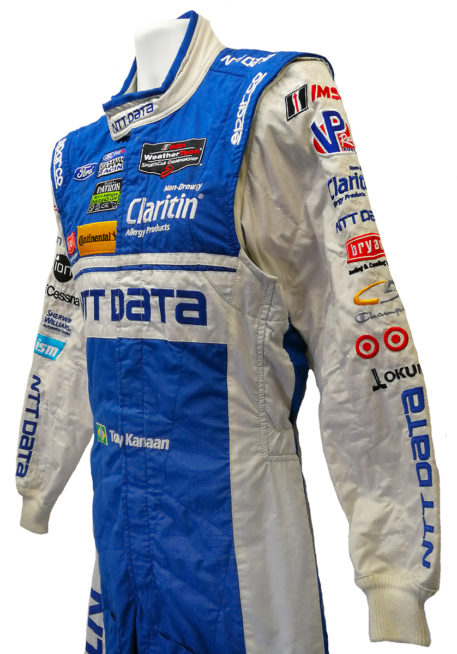 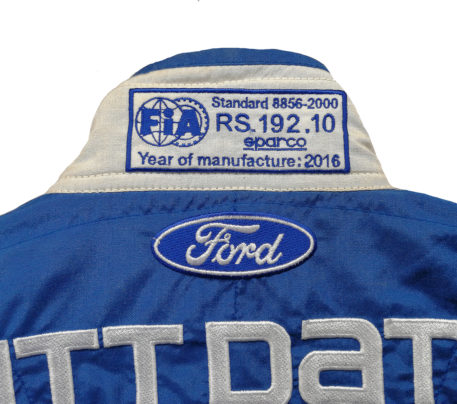 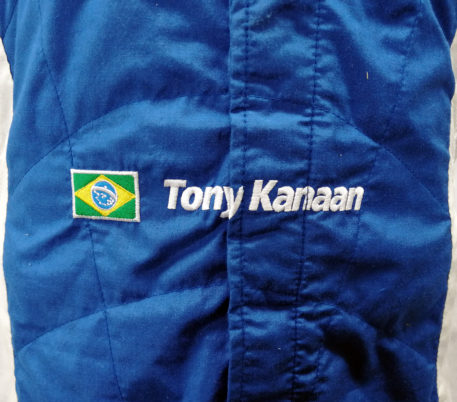 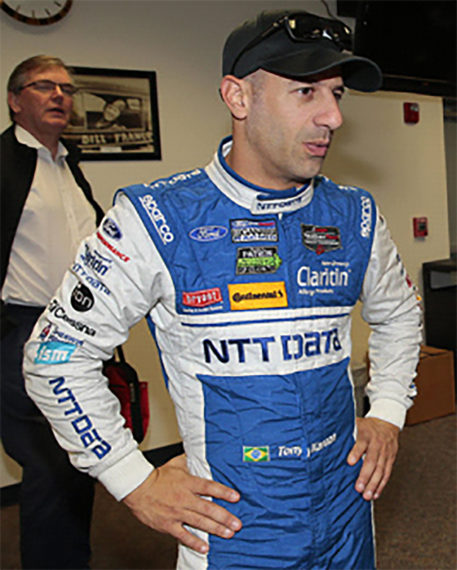 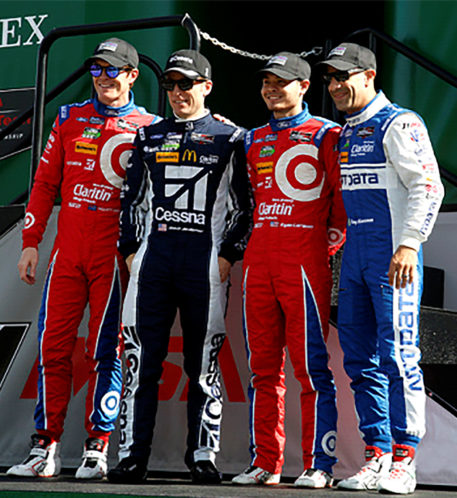 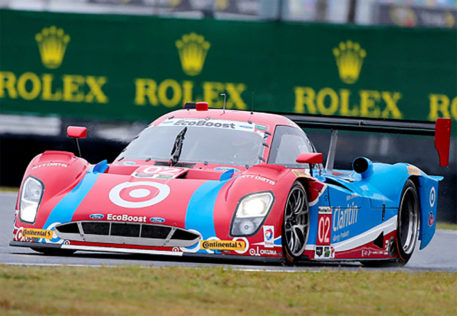 Race suit used by IndyCar legend Tony Kanaan while drive in the 2016 Daytona 24 Sportscar race. Kanaan was teamed up with co-drivers Scott Dixon, Kyle Larson and Jamie McMurray to pilot the Chip Ganassi/Felix Sabates Racing , Ford V6 powered Riley Mk. XXVI.
This sharp looking Sparco suit has a blue body with white arms, neck and side panels running its full length. There is a white band across the front with Kanaan’s sponsors NTT Data lettering, within. Both legs have this lettering. On the rear is again the NTT Data lettering above the company logo. The suit has many other sponsor/suppliers logos on the chest and arms including Target, VP oil, Claritin and Bryant to name just a few of many.
Don’t miss this great chance to own a suit used buy the ever popular Tony ‘TK’ Kanaan.