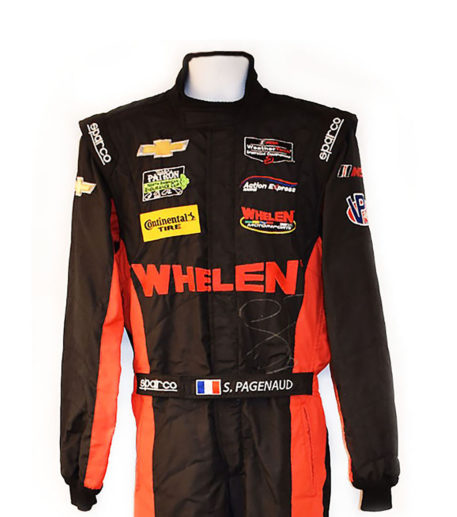 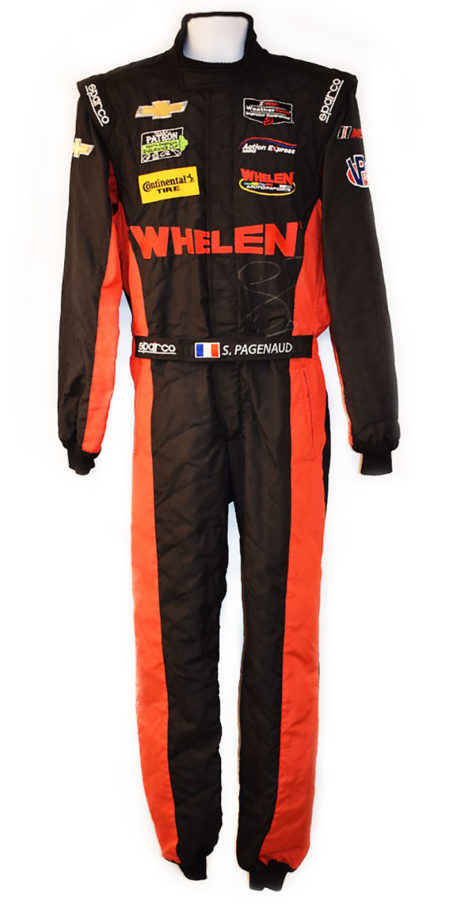 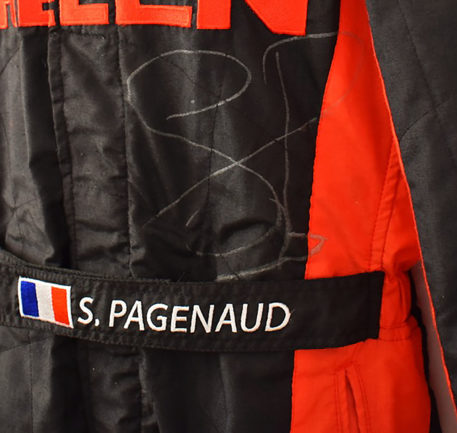 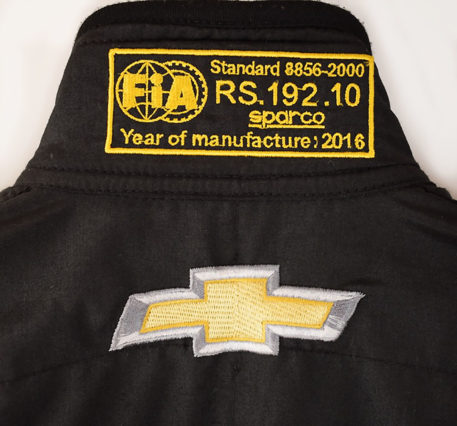 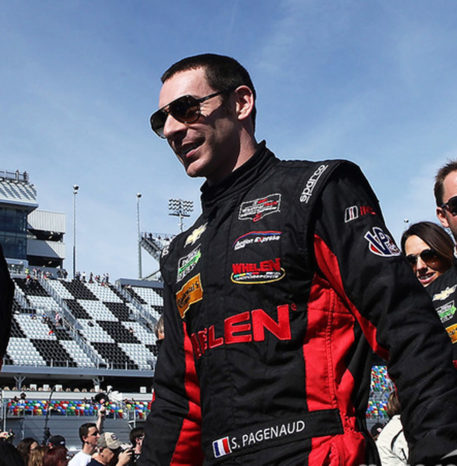 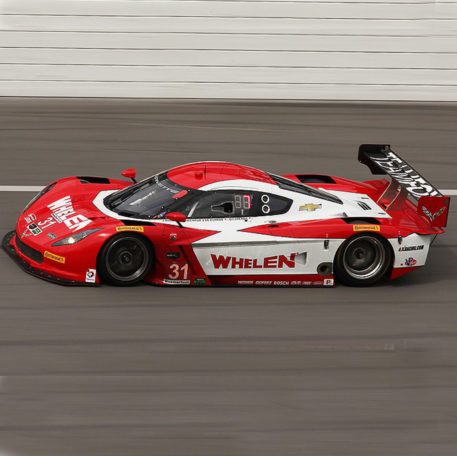 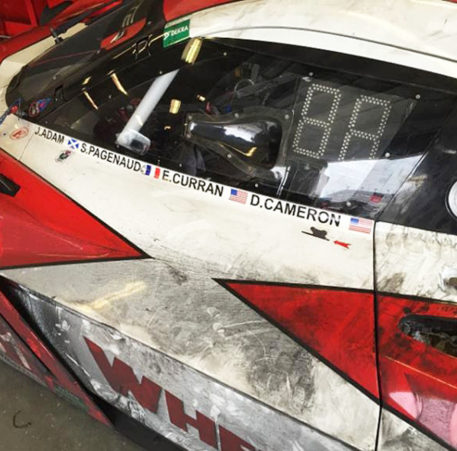 Race suit worn by Simon Pagenaud while competing at the 2016 54th annual Rolex 24 at Daytona, Florida. Driving for the Whelen Engineering Team in a Corvette Daytona Prototype, Pagenaud was teamed up with fellow drivers Eric Curran, Dane Cameron, and Jonny Adam. The team finished in sixth place after running in the top three for most of the 24 hours.

This black Sparco suit has red side stripes and the Whelen Motorsport logos emblazoned on the front and back of the suit, and also has all the Imsa, Chevy, and Sportscar Series logos embroidered onto it as well.

Pagenaud, who drives full time for Team Penske in the IndyCar Series, was the 2016 IndyCar Series Champion and remains one of the top drivers in the series today with 11 race victories. He’s also an outstanding Sportscar driver with podiums at the Daytona Rolex 24, Sebring 12 and Le Mans 24 Hours. He has won many races in both the American Le Mans Series and European Le Mans Series, winning the 2010 American Le Mans Championship, to add to his 2006 Atlantic Series Championship.

A winner at all levels, this is a rare opportunity to own a race suit from the popular Frenchman.

The suit is personally signed by Simon Pagenaud and comes with full Certificate Of Authenticity.