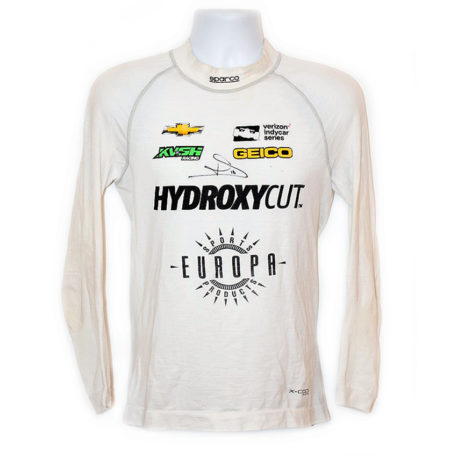 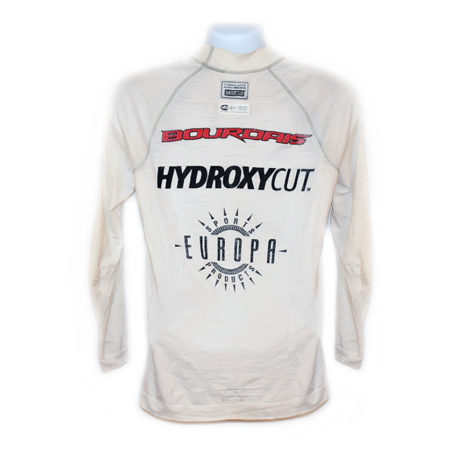 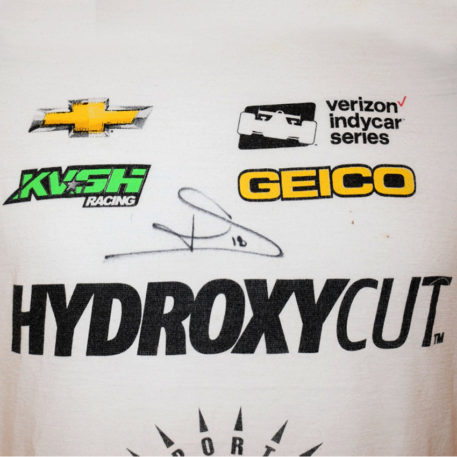 Nomex undershirt worn by Frenchman Sébastien Bourdais while driving for the KVSH Racing Team during the 2016 IndyCar Series season where he had nine top ten finishes, including a win at the Detroit Belle Isle Grand Prix.

The Sparco undershirt has all the team sponsor’s logos printed on it, including Hydroxycut, Geico and Europa Sports.

The Nomex has also been personally signed by Sébastien Bourdais and comes with a Certificate Of Authenticity.