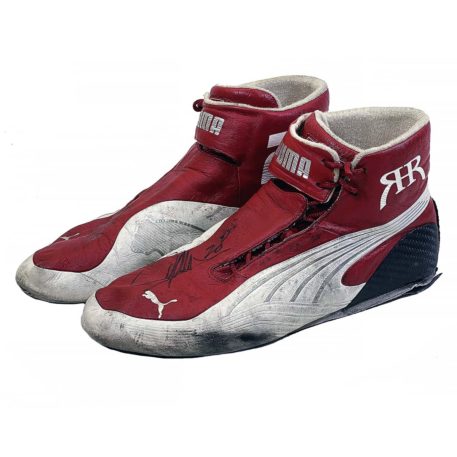 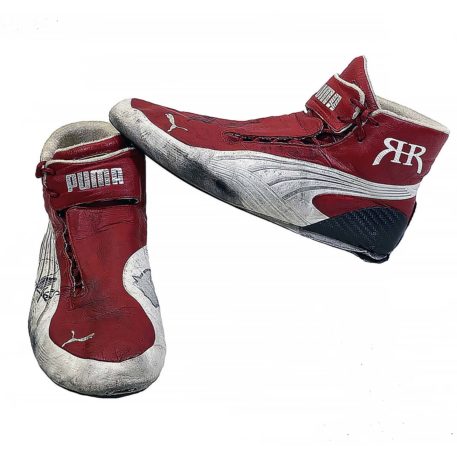 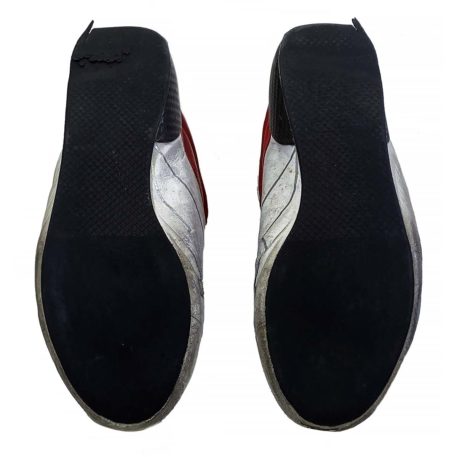 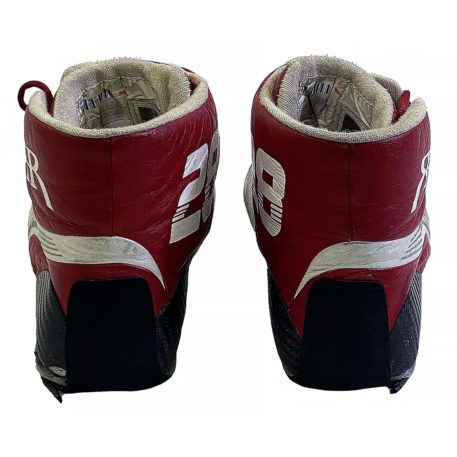 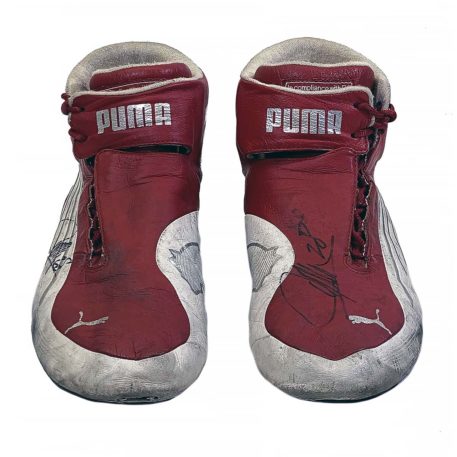 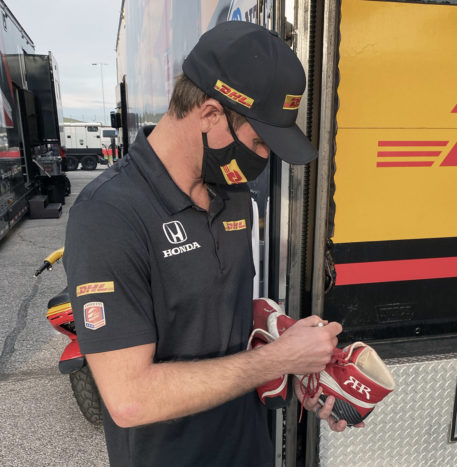 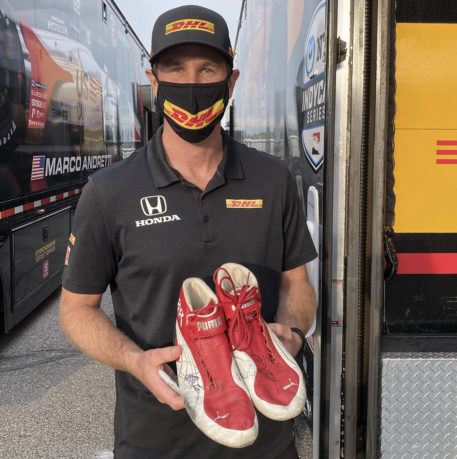 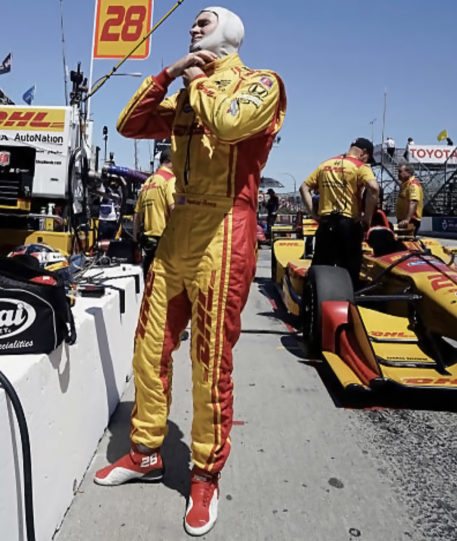 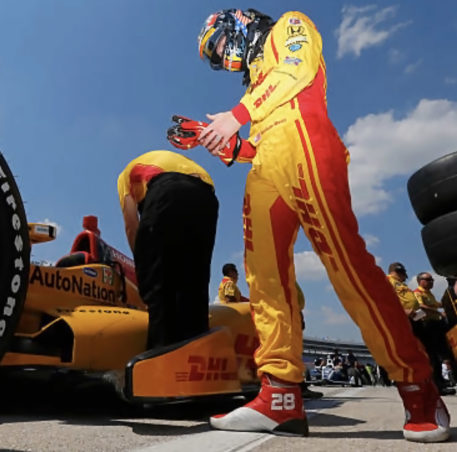 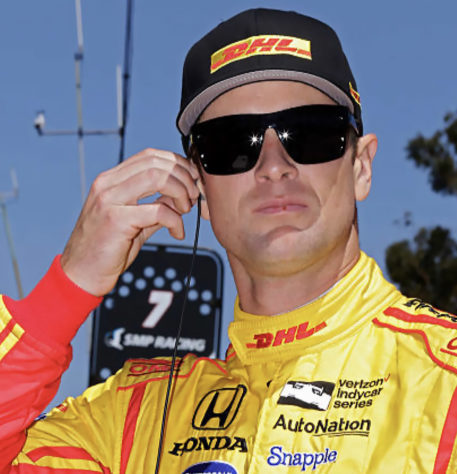 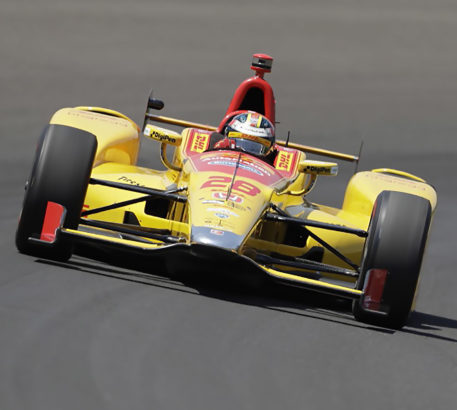 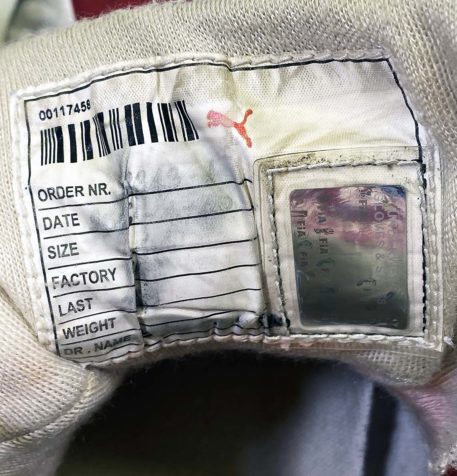 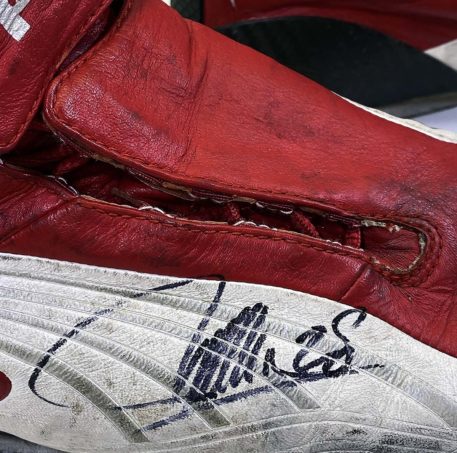 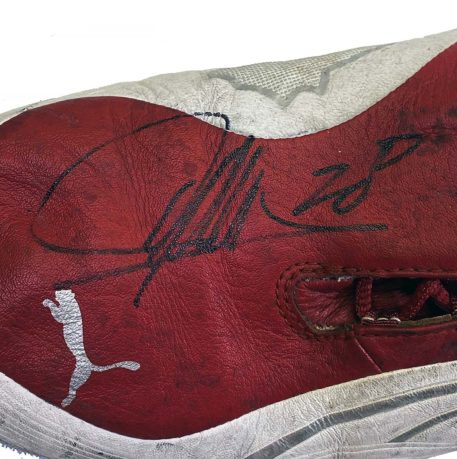 Pair of Puma sidelace racing boots custom made and worn by Andretti Autosport driver Ryan Hunter-Reay. The 2012 IndyCar Champion and 2014 Indy 500 winner used these boots during 2016 IndyCar series. The boots have been photo matched to ones used at the Long Beach Grand Prix, but due to their wear and tear they would have been used in many of the season’s other events. The red leather uppers have a white Puma branding side stripe logo that runs all the way around the boot with the inner panel having the ‘leaping puma’ motifs. On both outer red ankle sections are Hunter-Reay’s white initials logo, and on the inner ankle sections are his race #28 also in white.

Ryan Hunter-Reay has personally signed both boots with a black marker pen and come with a full Certificate Of Authenticity.