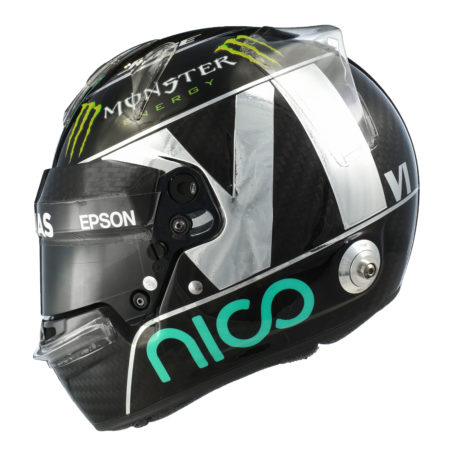 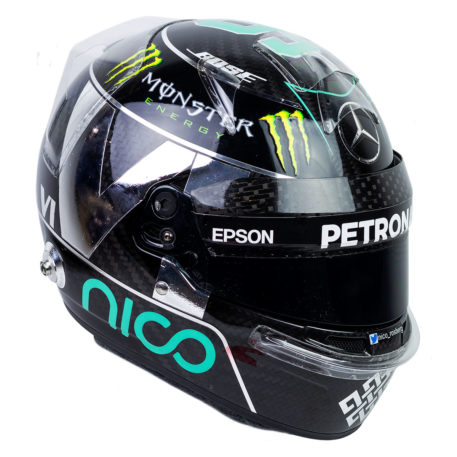 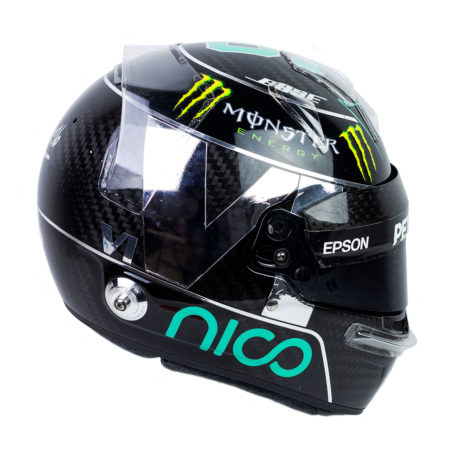 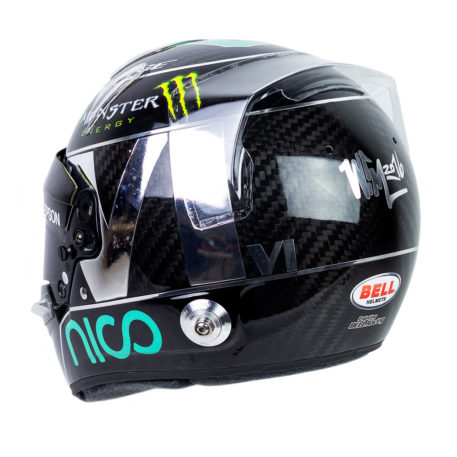 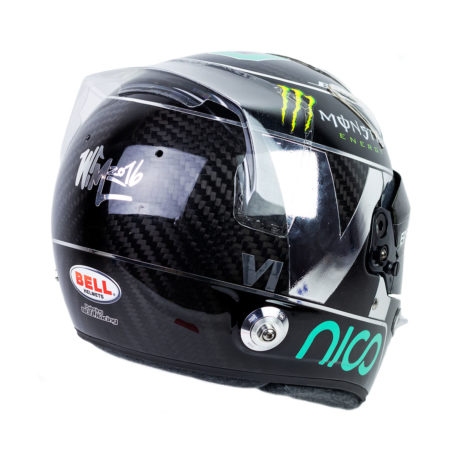 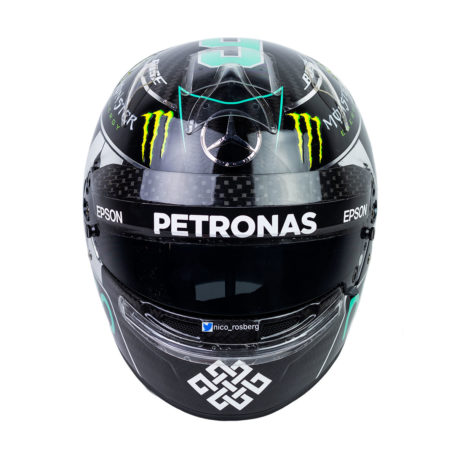 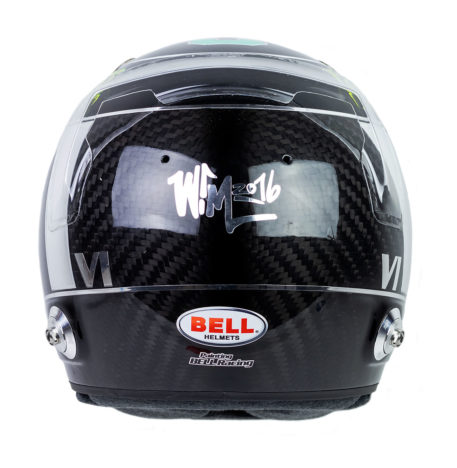 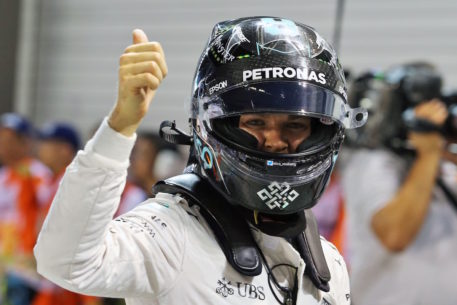 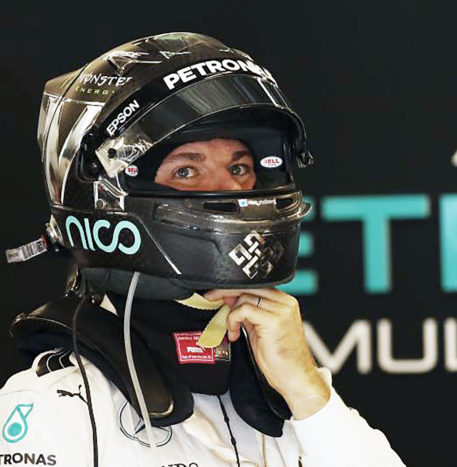 Original Bell Racing Products limited edition replica helmet identical to the ones used by Nico Rosberg during his winning 2016 Formula One World Championship season. It was produced exactly as Rosberg would have worn it while driving for the Mercedes Petronas GP Team. It has all the fittings and markings of his race-used helmets.

This spectacular helmet is based on Rosberg’s black carbon fiber original. It has all major race sponsors’ logos on it including Petronas, Monster, Epson, and Bose. It has the team’s Mercedes Silver Star logo front & center, race #6 on the top of the helmet, silver VI (Roman numerals) and ‘Nico’ in turquoise on either side. It also has Rosberg’s silver Celtic design on its chin. It has all the external fittings including a chin spoiler, vent covers, rear aero spoiler, and Hans fittings as they were on Rosberg’s origianl race helmets used that year.

This sharp looking helmet would be a talking point in any collection and at a fraction of the cost of an original race-used helmet.