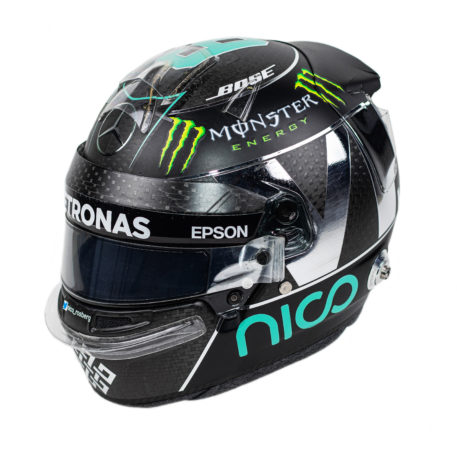 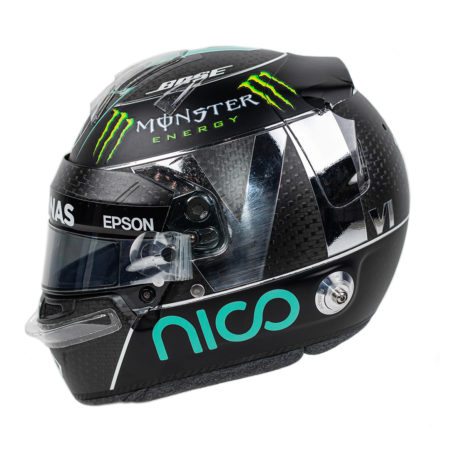 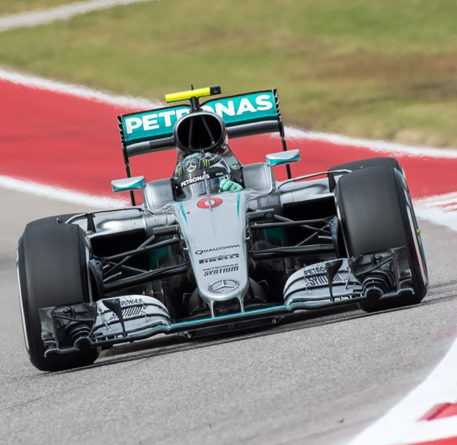 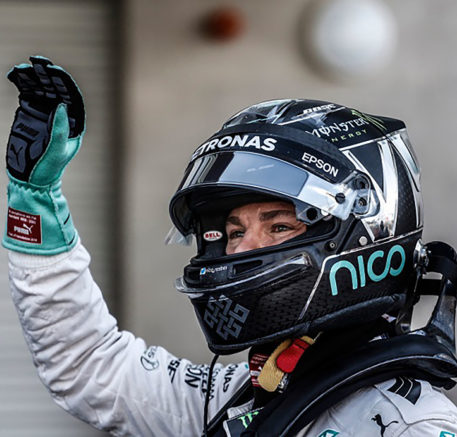 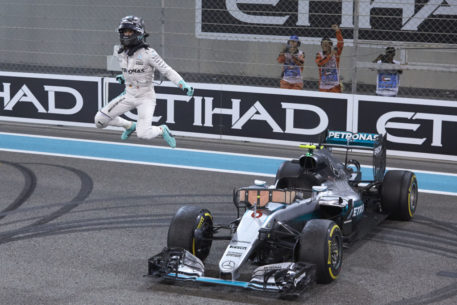 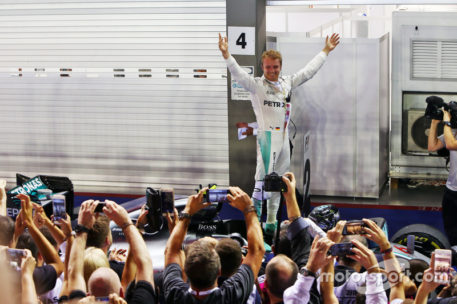 Here’s your rare chance to own a piece of Formula 1 history in the shape of this original Bell helmet of  the former World Champion German driver, Nico Rosberg. In 2016 Rosberg finally became Formula One World Champion after an intense duel with teammate Hamilton, which was undecided until the final race. Rosberg, son of 1982 World Champion Keke Rosberg then announced his retirement from the sport just five days after the race. During the twenty-one events in 2016, Rosberg and teammate Hamilton went onto victory in all but two races during the year. Rosberg had been the championship runner up the previous two years managed to claim the title even though Hamilton had more race wins during the year (9 to 10 wins). Rosberg then shocked the sporting world by retiring from driving stating “he had reached the “pinnacle” of his career and wish to spend more time with his young family”.
This fabulous looking Jens Munser Designs painted Bell HP7 EVO helmet has the all-black design that Rosberg preferred. The carbon fiber base has two satin black bands one around the crown and the other to the bottom (this fades back to the carbon finish), these are both edged with chrome pinstriping. The top one has the Monster Energy drink sponsorship logos the bottom has ‘Nico’ lettering in turquoise on either side is Rosbergs’s large chrome Roman numeral ‘VI’ and a smaller version to the back. Also on the back is a personal logo and year-date, again in chrome. To the chin is a chrome ‘Celtic knot’ design. The top has a Mercedes three-pointed star front and center and the very top wears a turquoise #6. The helmet also has sponsor logos from Bose, Epson, and Petronas. Please note the rear air deflector on the back has some damage to the left side. Rosberg started the season wearing Schuberth helemts and later switched to Bell.