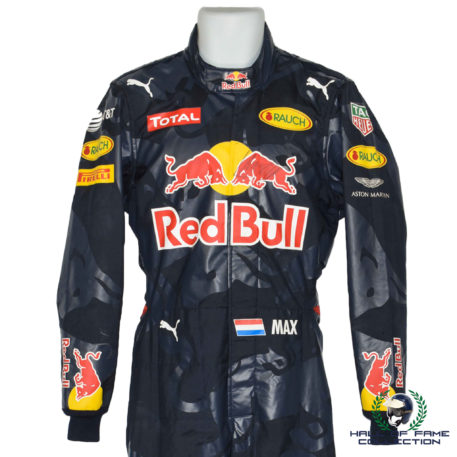 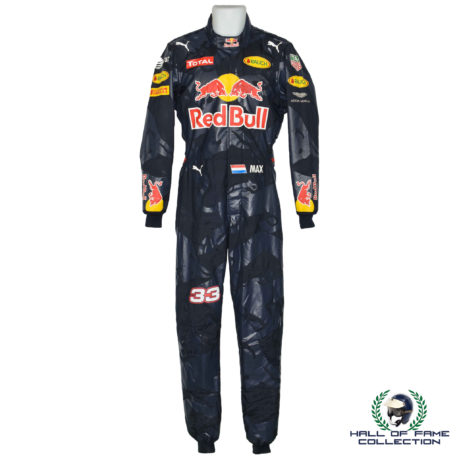 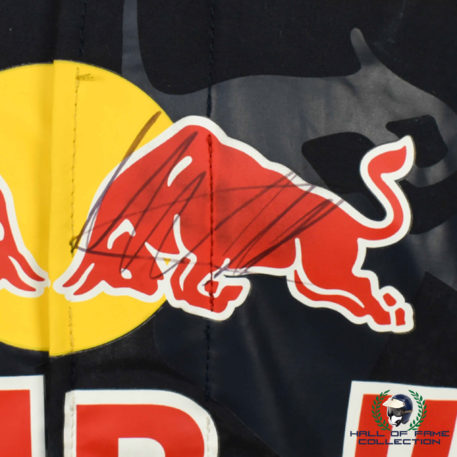 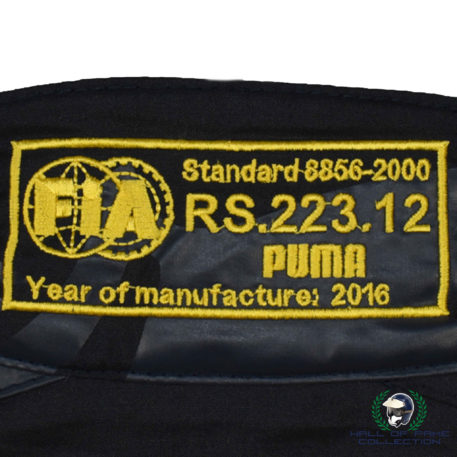 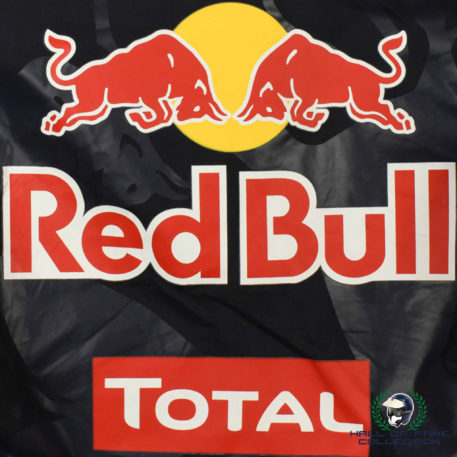 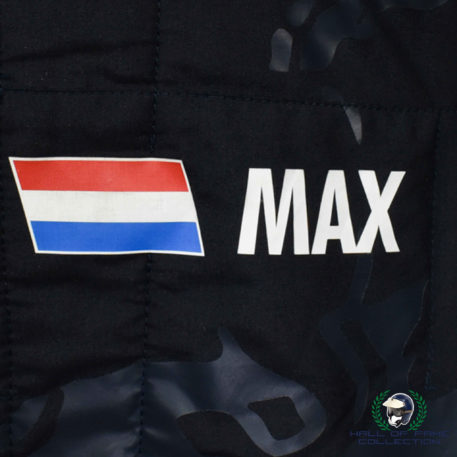 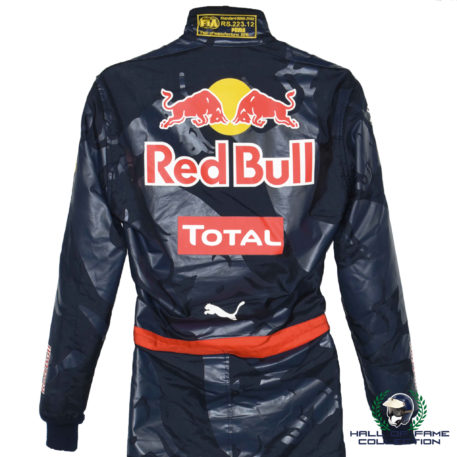 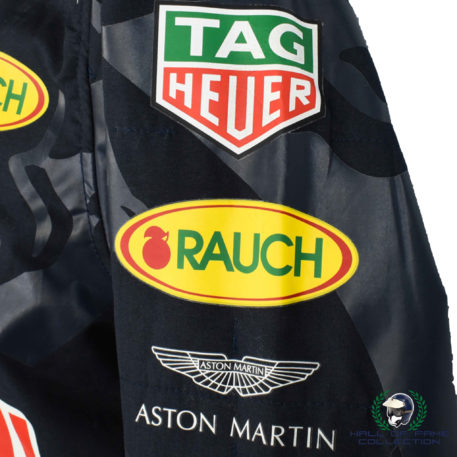 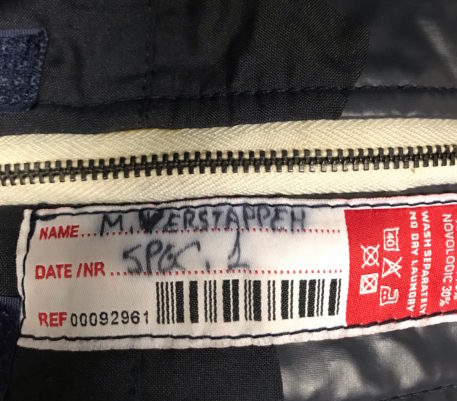 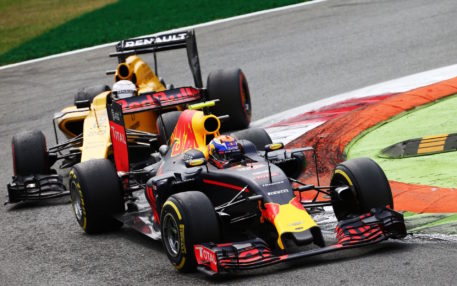 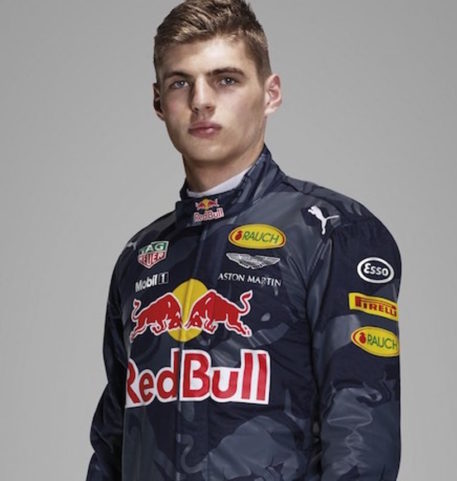 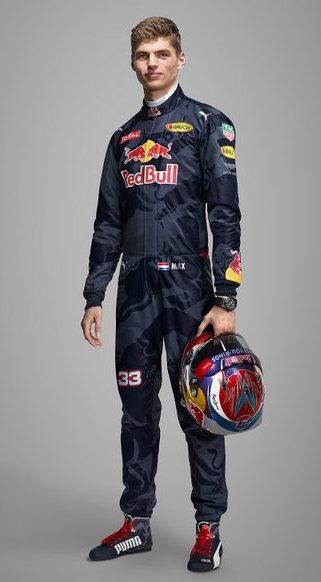 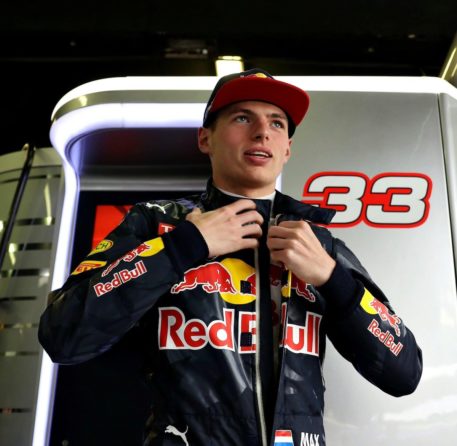 This all blue suit differs from previous years suits due to the fact that it has Puma’s ‘Leaping Cat’ and Red Bull’s ‘Charging Bull’ in gloss printed over the surface of the suit, lending a gloss on matte ‘camo’ look to the whole suit. It features the team’s Red Bull branding logo placed prominently on the chest, back, neck and cuffs. Team sponsor/suppliers logos, including Total, Tag Heuer, AT&T and Rauch, have been added to the arms and chest. Max’s race number 33 is on the right leg along with his name and national flag printed on the midriff.

As many collectors will know, current driver-used Formula One apparel and equipment is now getting harder and harder to obtain. So please do not miss this very rare opportunity to own a great looking suit used by a current, top-rated Formula One driver.

A very rare opportunity to own a suit from Verstappen’s first season with Red Bull Racing.

The suit has been had signed by Verstappen and comes with a Certificate Of Authenticity.