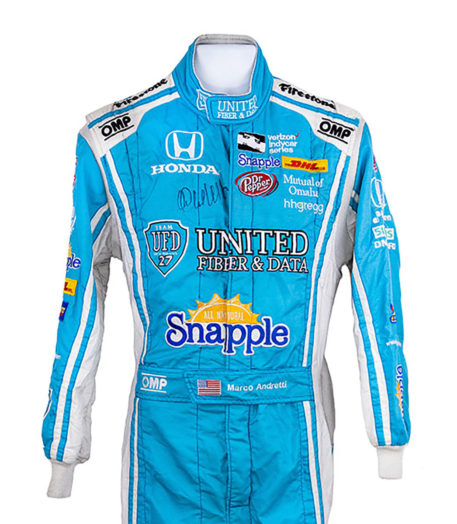 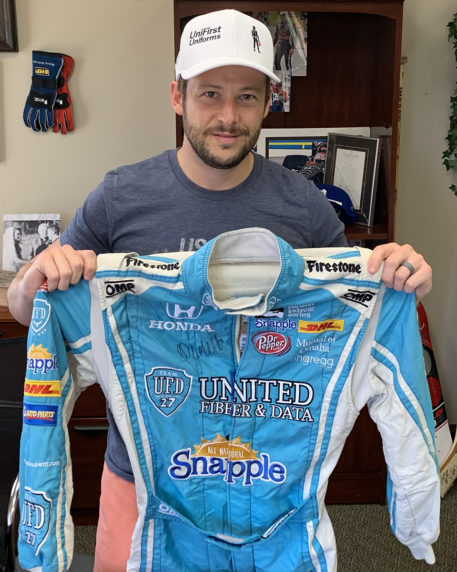 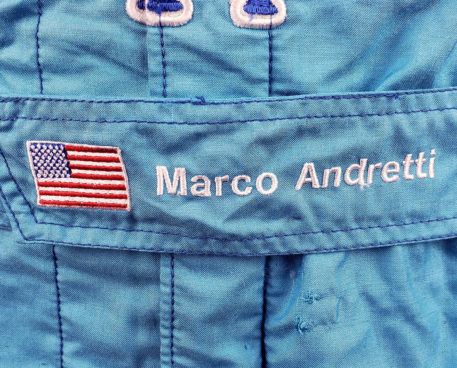 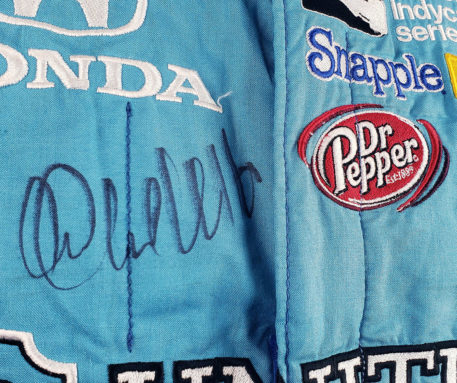 OMP suit worn by third-generation Andretti racer, Marco Andretti. Marco used the suit during the 2016 IndyCar season either at the Long Beach and/or Detroit races, as it has been photo matched to these two races. Also, the light blue and white suit matched the livery of the Andretti’s Dallara DW12 while competing in those races.

It carries the prominent sponsorship logos of UFD and Snapple fruit drink on both the front and back of the suit. Many other sponsors/suppliers’ branding logos can be seen on the suit’s chest and arms including Dr. Pepper, DHL, Honda, and NAPA, to name just a few. The suit has Andretti’s name and national flag embroidered on the waist belt.

This suit is personally signed by Marco Andretti and comes with a full Certificate Of Authenticity.