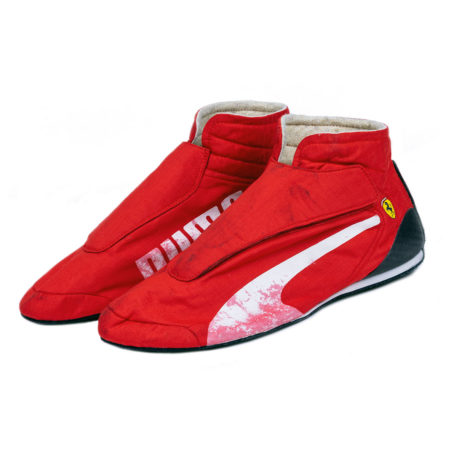 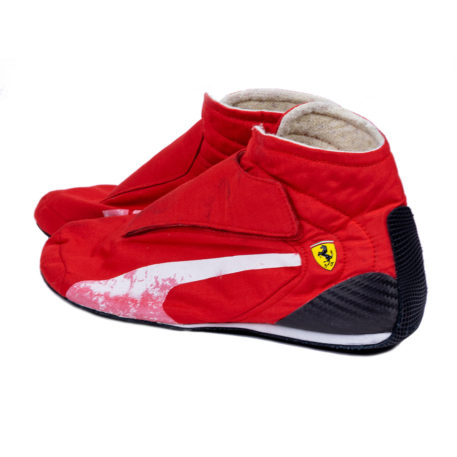 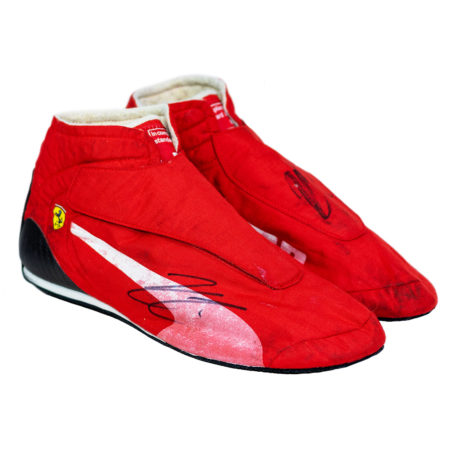 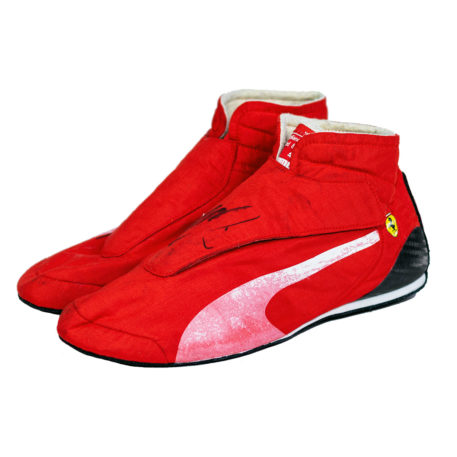 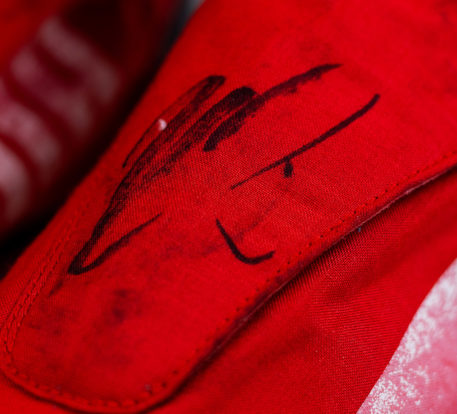 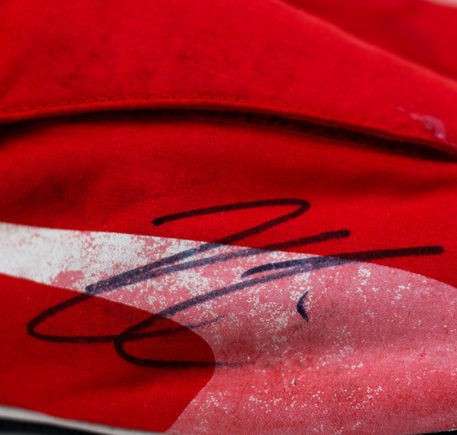 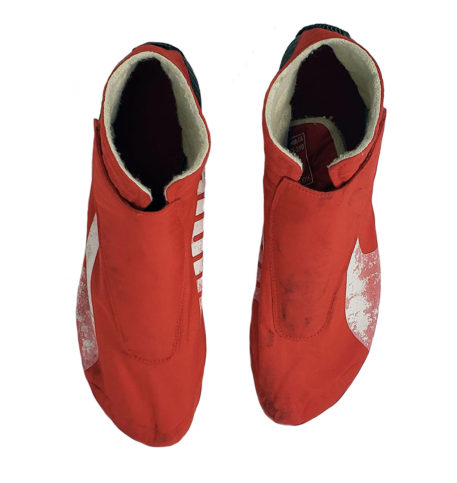 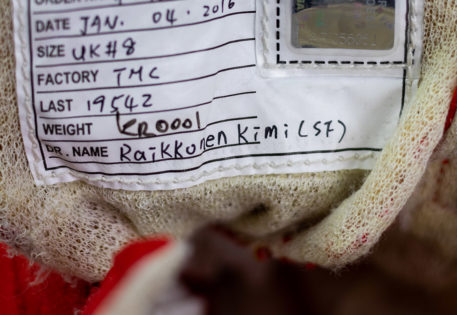 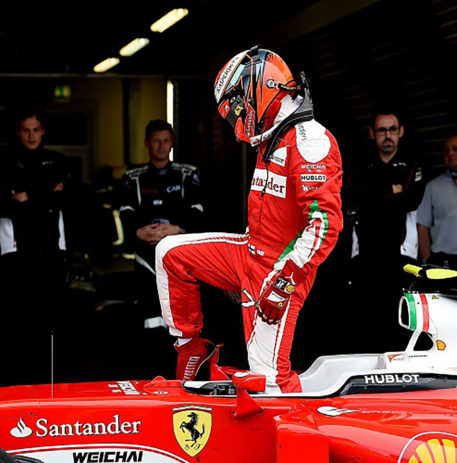 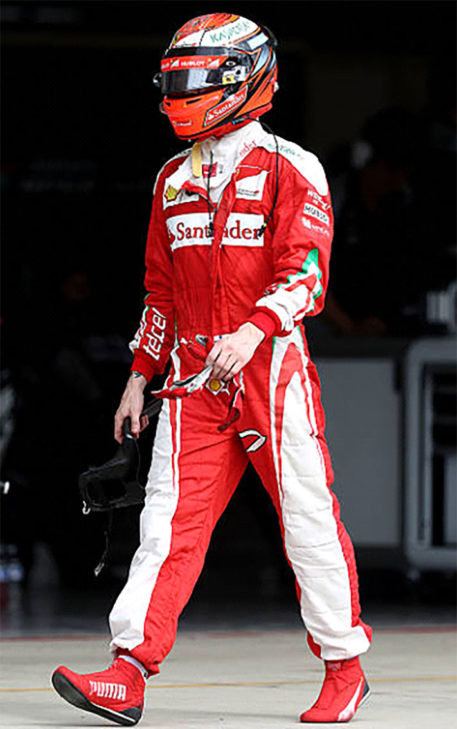 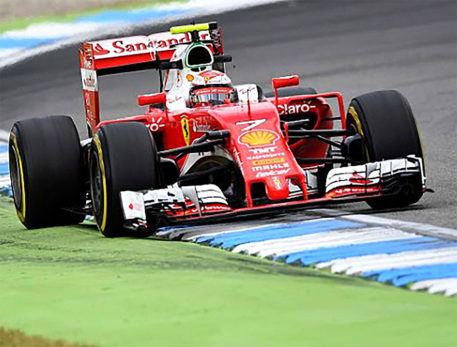 We are able to offer these superb Kimi Räikkönen race used lightweight Puma boots. These well-worn boots were used during the 2016 season, where Räikkönen piloted his Ferrari SF16-H to 11 top-five finishes and ended up 6th in the championship standings. Unlike most other pieces of drivers’ equipment, race boots are usually worn in many races during a season.

Both boots have been hand personally signed by Kimi Räikkönen.

This is an amazing opportunity to own some genuine race-worn boots from the driver who was the last to capture an F1 World Championship for Ferrari. The boots come with a full Certificate of Authenticity.